After a bit painful night, third day came. Due to me feeling still quite stiff, I decided to improvise. I let the fastest group go their way and stuck to the majority as we walked through the valley. The lower portions were mostly deforested – what the windstorms in 2004 and 2014 did not destroy, bark beetle finished and now the diseased trees were harvested to prevent the insects from spreading even more.

Despite the fact that I was feeling a bit stiff, I still had my full strength, even though I did not feel ready to use it, and eventually, as we walked through the valley almost 8 km long, the front group consisted of maybe seven people split into two subgroups. Eventually, four of us reached the pass above mostly together. By the middle of the ascension, I went a bit ahead to get some space, as I started the hike in long pants and it was clear that the weather was now to be pure summer and so I was on the lookout for comfortable boulder where I could switch to shorts. 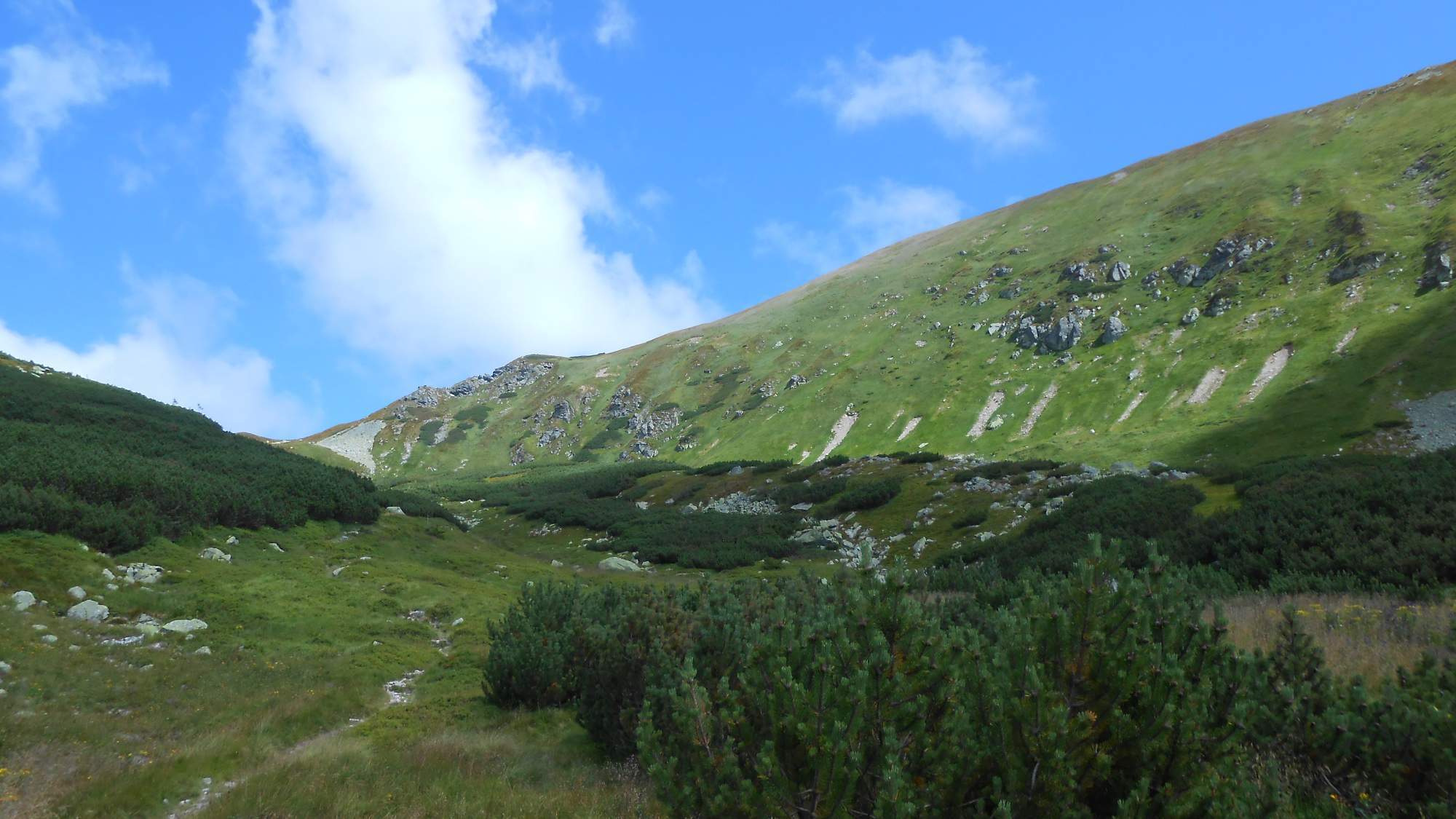 The very end of the valley, before the last turn towards the pass

By that point, I was sure that I should be able to at least make it to the pass and then return back, but in retrospective, that was nonsense thought. I would probably need to break my leg, maybe twice, to give up like that. Instead, when I reached the pass after a walk around two lakes (again, I made a five minute lead), I dug my backpack for a bandage to fix my right leg a bit, as I knew that to compensate the weakened left leg, more pressure will be on the right one. And it was exactly two years ago when climbing Rysy when I pulled a muscle in the right knee and spent the next day and half on painkillers, something I was not willing to repeat.

Lower lake seen from the upper one

I was standing below the ‘Ostrý Roháč’ peak. Supposedly one of the most difficult mountains to climb in this part of the hills (of those open to public). I would not give up there, when I had the peak in reach. I looked on my wristwatch and I was pretty sure that the seven hours until dinner are more than enough. 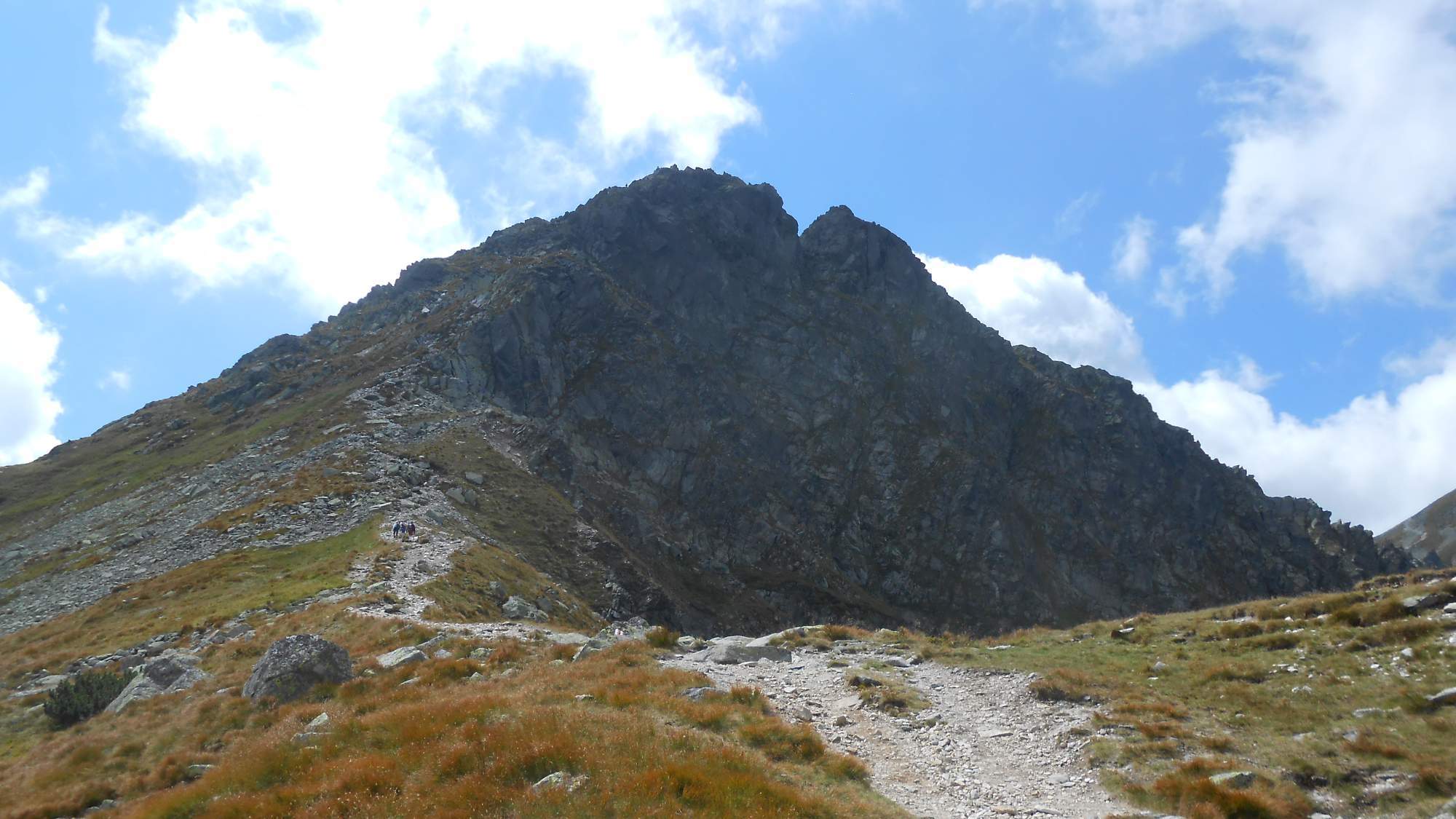 ‘Ostrý Roháč’ as seen after reaching the pass

Until now, it was mostly stroll through the valley, that got a bit steeper by the end, but nothing too extreme. That continued for maybe two more minutes. By that time, I had the poles back on my backpack and was ready to use my hands directly, for now just to make it easier for my legs. Then we reached the first difficult part, of maybe five. One last look down to the valley, at the two lakes, and ready for the real climb. 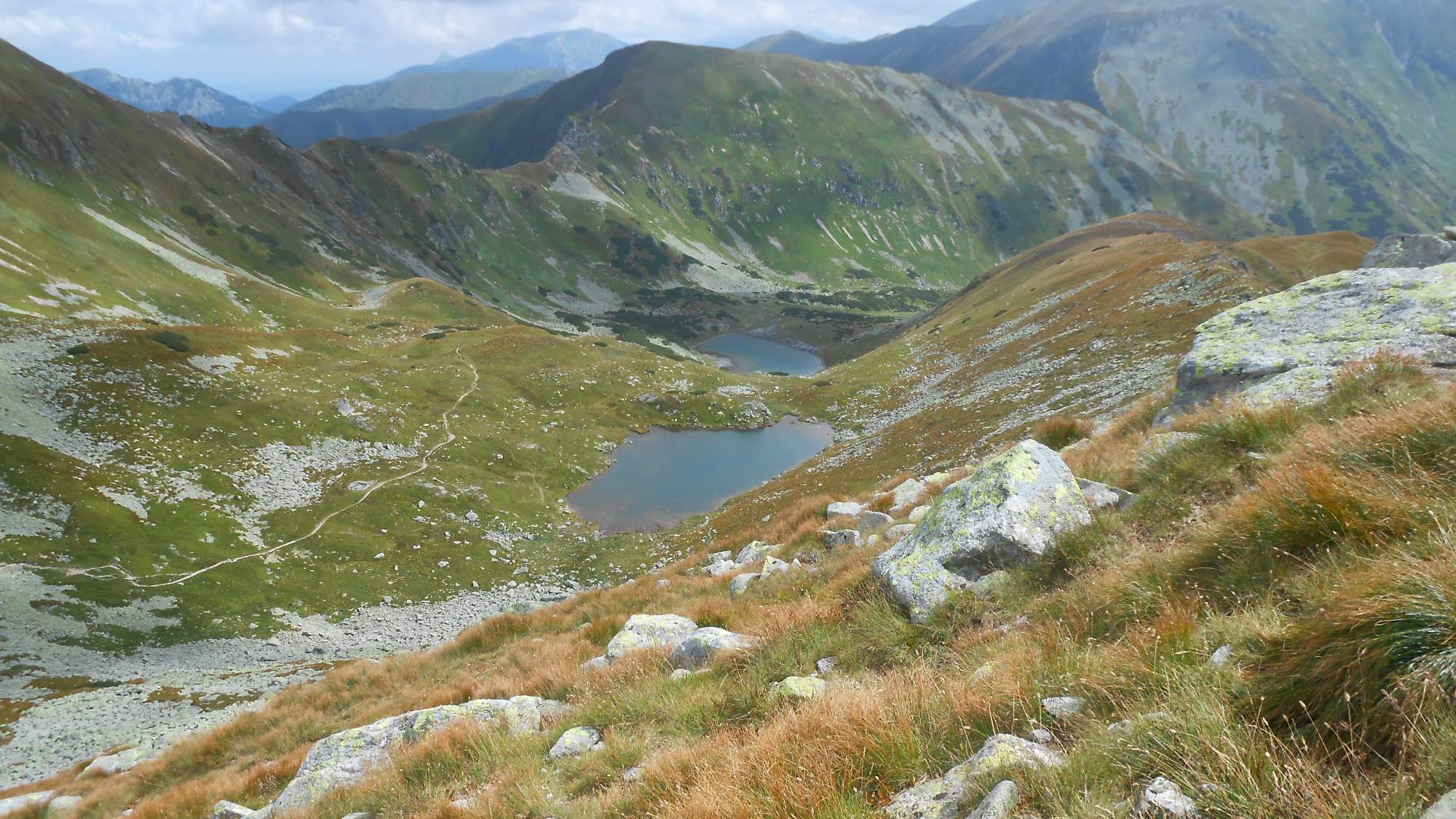 The two lakes, together from above 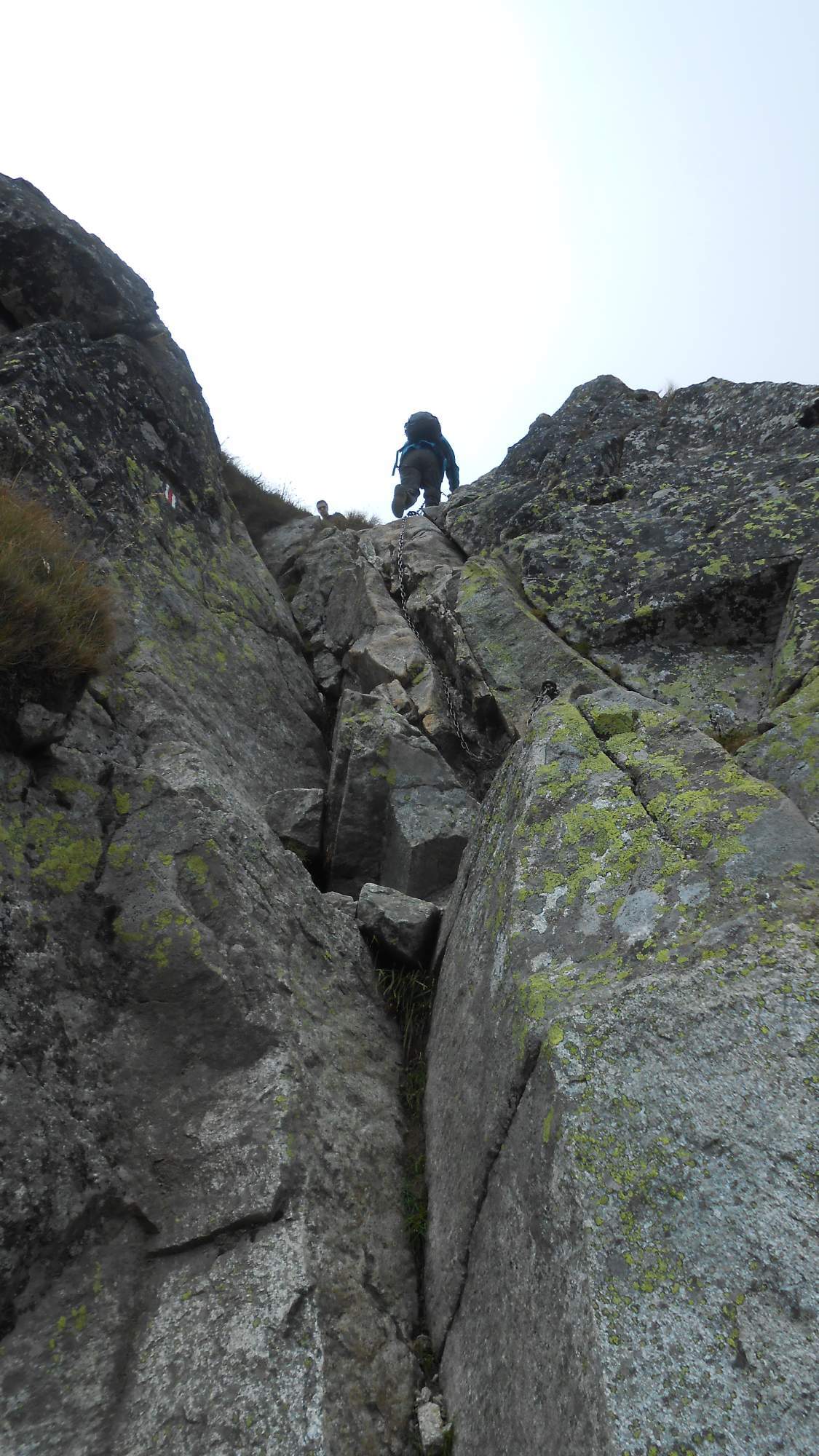 One of the steepest portions of the trail

Now, again, I am no climber. I am someone who walks around, using his hands if necessary, and having fun doing so. It’s all fun and games, until you reach a place where the mountain forces you to do steps almost as tall as half of you in the best case. Taller than even you in the worst case. There was this part, where I stood, looked above me, on the ledge that was some 30 cm above my head, the two flat rocks at my side and the chain in front of me, wondering, how the hell am I supposed to continue?

That was the moment where I was stuck. For maybe two or three minutes, looking around that maybe there is another way. Nope. In the end, I had to go this way. I somehow managed to use the friction I could not believe that would still be there and in very difficult position, pull myself up a bit using the chain, to get my waist on the level with the edge. Done. I just leaned forward then and let gravity (and my heavy backpack) do the rest, ending up in a curl on the ledge and quickly getting myself up.

From there on, the rest of the climb was easy, compared to that. I kept looking down to the valley opposite to the one we came from. We took several pictures on the top, both just plain landscapes and each other. Even with leg that cramped like hell just some 18 hours ago, I climbed the peak. Good, now just to get down.

Relax at the peak of ‘Ostrý Roháč’ 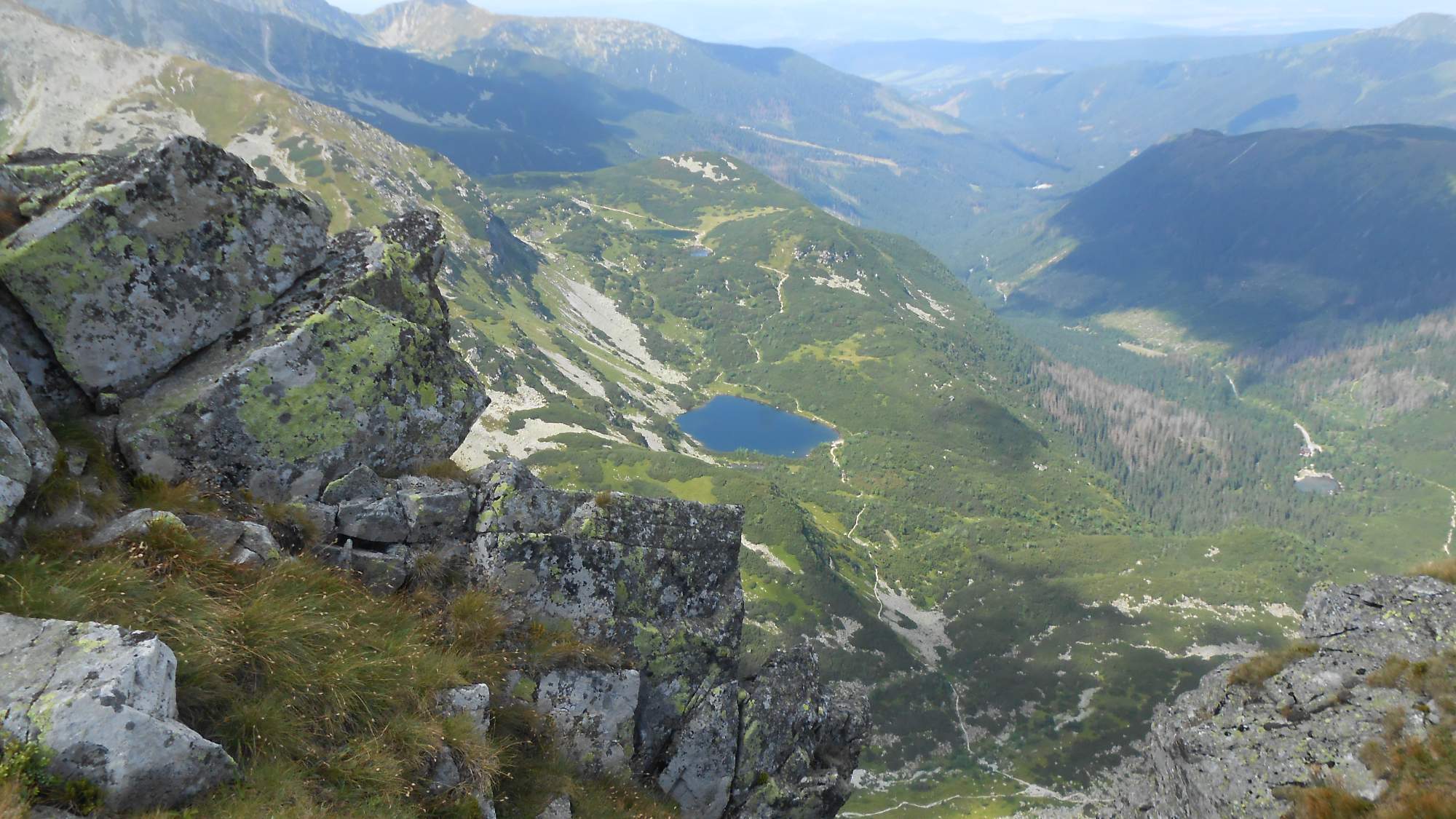 Look towards the valley I visited two years ago

The descent had three more places secured by chains, one of them being pretty much descent on a wall, but there were maybe twelve people having a break just before it, going in the opposite direction, and they gladly guided me through it. In the “move left leg to the left, a bit more” way. It works better than it sounds. I then passed it on to the rest of the group until we were through, one by one. 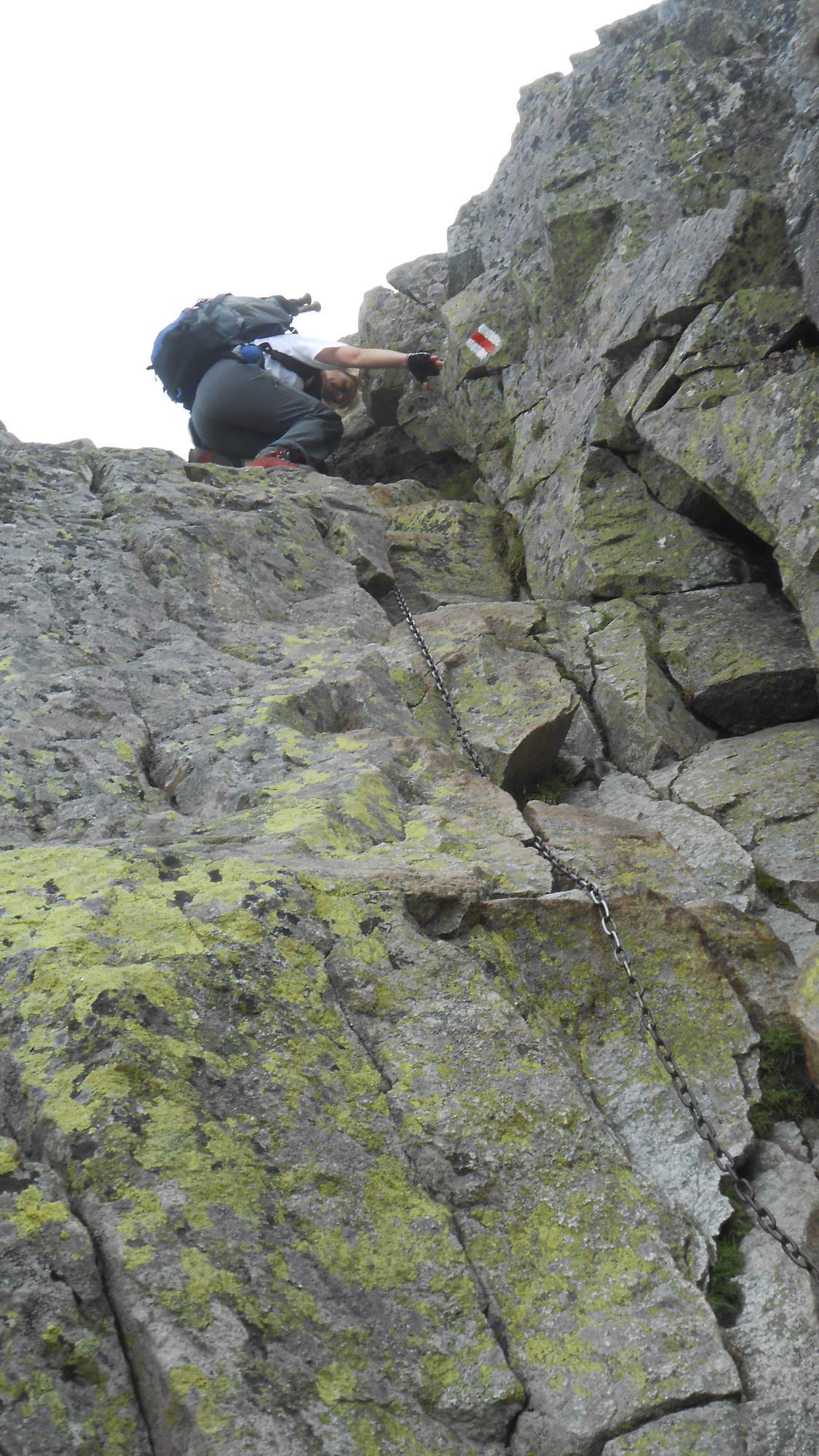 Steepest place during the descent. Good that people in the hills tend to be helpful

‘Ostrý Roháč’ in the shade of clouds

When the difficult parts were behind us, we could just enjoy the scenery, look around and be glad we made it. There was one more ascension that led us a bit below the peak of the next hill, from where we went down to another pass. We took a break there, but then the peak in front of us was covered by a cloud and a bit cold wind forced us to start our descent. I, with my thin and long fingers, dug ma backpack for gloves again and kept them on until we reached a place that was again covered by vegetation.

‘Baranec’ peak eaten by a bit of cloud 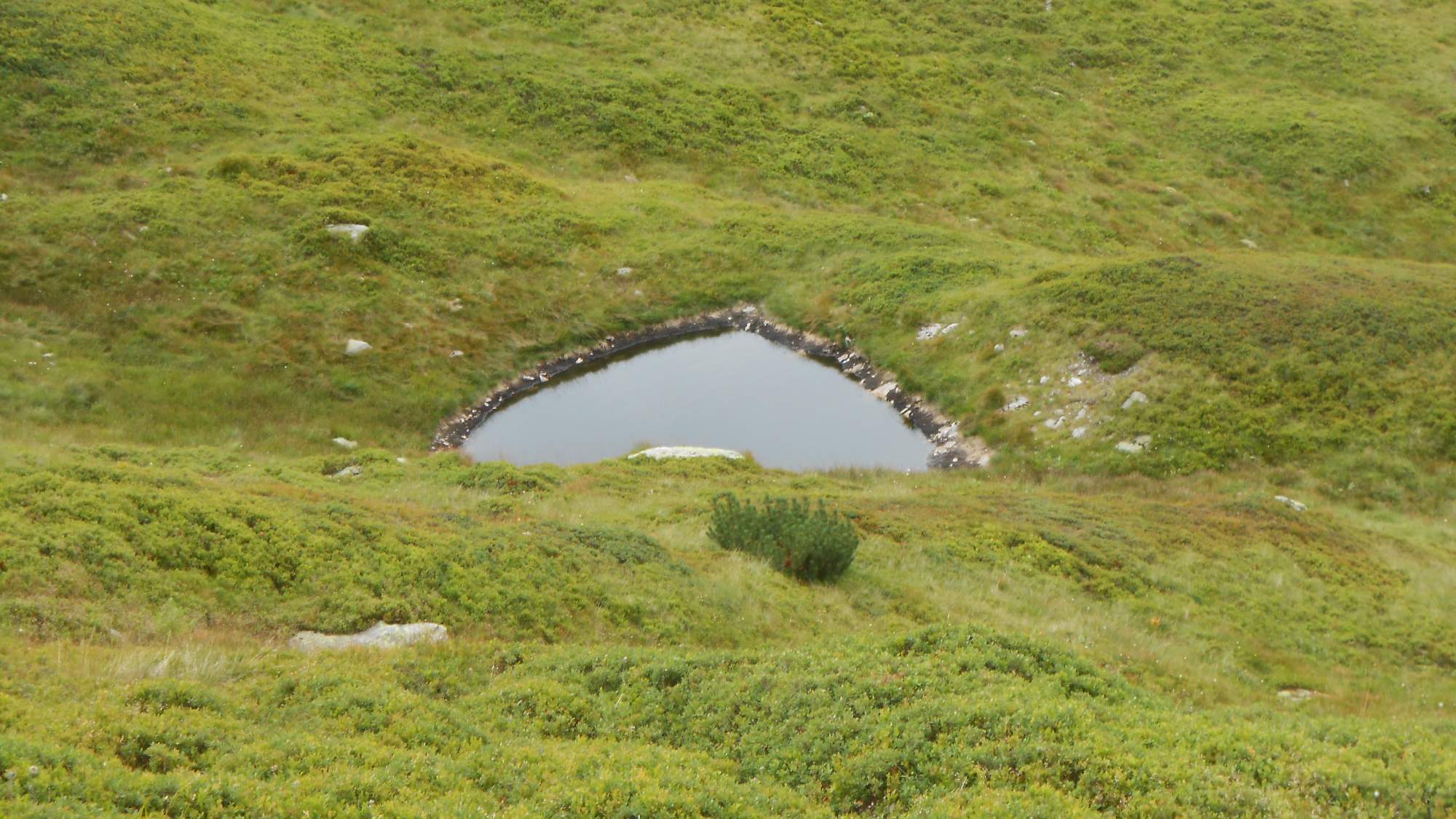 The tiny lake is not heart-shaped, the landscaping only makes this illusion

Then it was quite sharp descent back to the valley we ascended in the morning, the trail taking us some two thirds into it, from where we returned the same way we went up in the morning.