I’ll keep this one short. The first sample of my coming fantasy is finally available to see. It’s up-to-date with edits made in early September and will be updated with each major draft. This first shared fragment is roughly 0,5% of the to-be book one and can be viewed here.

I should be able to share one to three more samples in time (no ETA yet). The whole book one should be completed in the second half of 2019 if everything goes well. I’ll probably try to share some other bits in the meantime. What they’ll be is hard to guess.

Anyway, that’s it from me. See you next time.

This summer was so hot that it made me put most of my outside activities on hold (hence why I haven’t made a hiking post in a long while) and instead focus on reading and writing. I decided I might look back on it in a short version.

END_OF_DOCUMENT_TOKEN_TO_BE_REPLACED

A few days ago, I was thinking a bit about the positive traits of ‘bad guys’. These thoughts came to me – how else – when I was lying in bed waiting for sleep to come. Even antagonists can have positive traits – and it’s not about the traits but how they use them that matters in the end.

As with my romance-related posts (#1, #2), the thoughts come primarily from fantasy genre but are not limited to it.

Significant inspiration comes from a post about character traits by M.L. Davis.

END_OF_DOCUMENT_TOKEN_TO_BE_REPLACED

A small break from my writing-related posts. Instead, here comes one more nature-related. To say it up front, I always liked home-grown apples. What I like even more is home-made apple juice. 100% natural, 100% fresh, sometimes with a side of a wasp sting. Well, my grandfather has a garden around his house with several apple trees, even if some of them were cut down in past due to frail health.

END_OF_DOCUMENT_TOKEN_TO_BE_REPLACED

Another month gone, which means I’m here with another monthly update. The good thing is that there’s progress which means I have something to write about in September’s post. So, without any more fluff, let’s get to it.

END_OF_DOCUMENT_TOKEN_TO_BE_REPLACED

Not so long ago, I wrote about how I saw romance elements in fantasy. This time, I’ll continue from where I left off the last time and share my opinion on some of the possible ends and how I see them – positives and negatives in all cases. It’ll not be tied to fantasy in several cases as, I believe, these work in general.

END_OF_DOCUMENT_TOKEN_TO_BE_REPLACED

In July, I wrote about how I initially feared writing backstories and how that changed over time. This time, I’ll talk about how my random sparks of imagination can affect backstory development.

END_OF_DOCUMENT_TOKEN_TO_BE_REPLACED

With the last edits and fixes being done to have the first beta version of my to-be debut book, I’ve decided it’s time to reveal some bits about it. I guess that after a year of writing this kind of posts and only hinting, it’s about time.

Read on for the first bits to be revealed.

END_OF_DOCUMENT_TOKEN_TO_BE_REPLACED 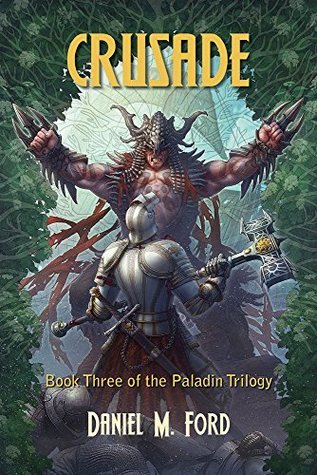 Not so long ago, I got into a discussion about romance elements in fantasy. A user on Goodreads felt that in the last years, it often goes down with at least one of the pair dying before the end or ‘devolving’ into love triangles (especially in YA Urban Fantasy and Paranormal romance sub-genres) and that ‘happy ending’ books are becoming endangered species.

It turned into a discussion about romance elements in present-time fantasy literature that was quite enjoyable and insightful, even if short.