So, yesterday I’ve returned from my holiday in Slovakia, more specifically Západné Tatry (Wikipedia link). As usual with my holidays, it was all about hiking in the hills as long and as much as my legs (and shoulders because of heavy backpack) could take.

To be scary with numbers right at the start, I walked 159,5 km in the eight days of which one and half were in foggy weather and the rest was during mostly sunny weather in which I felt like being fried alive. During these days, my total ascension accumulated at insane 10029 meters! And I took over 400 photos as well, though many were multiple attempts in the same place.

Unlike two years ago when I was on the Poland side of Vysoké Tatry, I did not make any plans of what I would like to see or visit, letting the weather to decide when I would choose a more difficult of the trails offered. The 8-day stay did not have a plan that would be completely set in stone, apart from the first and last day – for the days between, we were told the day before, based on weather forecast. It was then up to everyone (of the 49 people there) to decide which, if any, trail they would choose.

I’ll not be describing the peaks and valleys now (I’m considering doing that in next posts), but instead share some mixed thoughts. I knew that as with the past holidays, I’d have little time for anything else than hiking and preparation for the next hike. Considering the hotel was in the hills far away from anything, without internet connection and with unstable cell phone signal, that was actually quite good news. Best relax ever.

Thing is, I hoped to read a book or two and even do some proofreading on my own work in the time between preparation for the next day and going to sleep, time that was surprisingly short. In the end, I barely read 200 pages and did not even finish the first book yet, let alone do more. I had some thoughts for my own work, that I hastily noted, but that was it.

As for the mountains itself, I got what I hoped for, especially when it came to challenging myself. Despite some setbacks, which I won’t mention now, I managed to visit majority of the highest peaks, including several which are only reached by using hands as well, not just hiking. And I managed to not fall into a chasm below, which is good. The most serious real injury is light sunburn I suffered the fourth day. Even after 8 days my legs were not too tired despite worse training this year.

When it comes to the wildlife, I was lucky enough to avoid bears. By a story told by local, feign death tactic is not working on them and as they are omnivores and will not mind eating something they did not kill themselves, that local was supposedly clawed several times and had to save himself by running. But then, he was supposedly divorced four times already and he could get those injuries from a mad ex-wife. So much second-hand stories about locals.

I did not see a single alpine marmot, even though I heard the typical whistling here and there. I was significantly luckier when it comes to a different wild animal…

Grazing chamois. I saw four of them that day and another one the next day

Despite the fact that there’s over 1200 of these animals in the mountains, they tend to stay in sparsely visited (or outright closed or unreachable) parts of the mountains and seeing one requires some luck. Last time I saw one was two years ago, and that was from distance over 100 meters. This time, I stood around 10 meters from one that refused to leave its grazing spot (the middle one on the photo above). 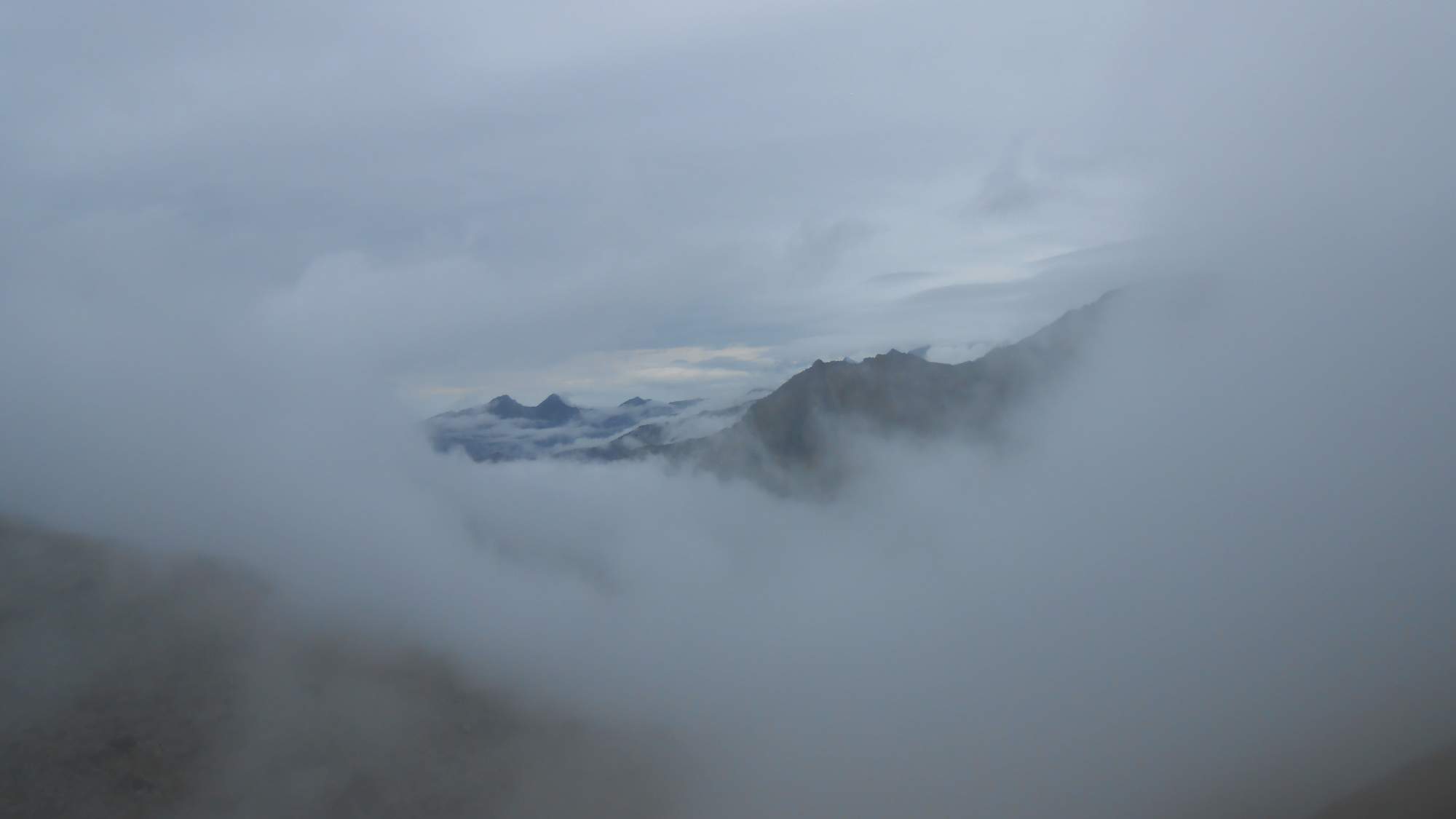