After taking a two-week break from reading, I finally returned to the fifth and final book in ‘Chronicles of the Black Gate’ series. The grand finale. So, without much fumbling around, I go for the review. 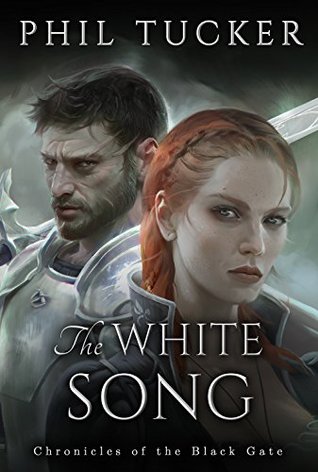 While the previous books shifted between PoVs and thus between places, the fourth book brought everyone pretty much to the same spot. Starkadr fell from the skies and from it, countless demons emerged and whatever’s left from all the formerly opposing sides are banding together in a desperate last stand. Survival is the only driving force, the rebellions and personal goals are forgotten.

To save the world, more than just different factions of humans and the kragh are forced to work together.

With all that’s going on (and going down), the main characters go through their own personal struggles: Tharok thinks about what the circlet made him do and how to at least mitigate it – and, if they live, how to secure peace with the humans.

Iskra, Tiron, and Asho – all having their personal goals when it comes to their approach to Ascension, now work together to see the humanity prevail, the questions of faith pushed aside for the moment.

Now, there’s not that much I can tell without spoilers as the book is quite short but there are many more interesting moments and interesting revelations. What felt a bit strange was the approach to airborne combat as both demons and dragons can teleport and so the action was quite hectic.

I eventually decided to go for 90%. It was quite an action-packed end to a series full of twists. Truth be told, I expected ending like in Eragon series – dozens of pages that would describe how the world changed after the battles – how the Ascendancy changed, if/how the kragh and humans found a way to peace and maybe about how some characters recovered, or something.

In the end, I had a lot of fun with this series.