So, the holiday was half-way over. Fifth day, another sunny morning and promise of being one with the wild. In the previous two days I walked through the ‘Jamnická dolina’ and ‘Račkova dolina’ valleys, this day I would ascend the ridge that separates them. Unlike the previous days where the starts was calm, often with two hours of walk through a valley before serious ascension started, this day, it was the opposite and made slightly harder.

Trees cut down by windstorms in the past were not always removed from the path that was winding up sharply uphill. Fallen trees forces slight detours, but the amount of people that used the path since 2014 made it easy, just following the new trail. Despite being mostly shielded by forest, the heat and sometimes needing to crawl under a fallen tree made me overheat quite easily. 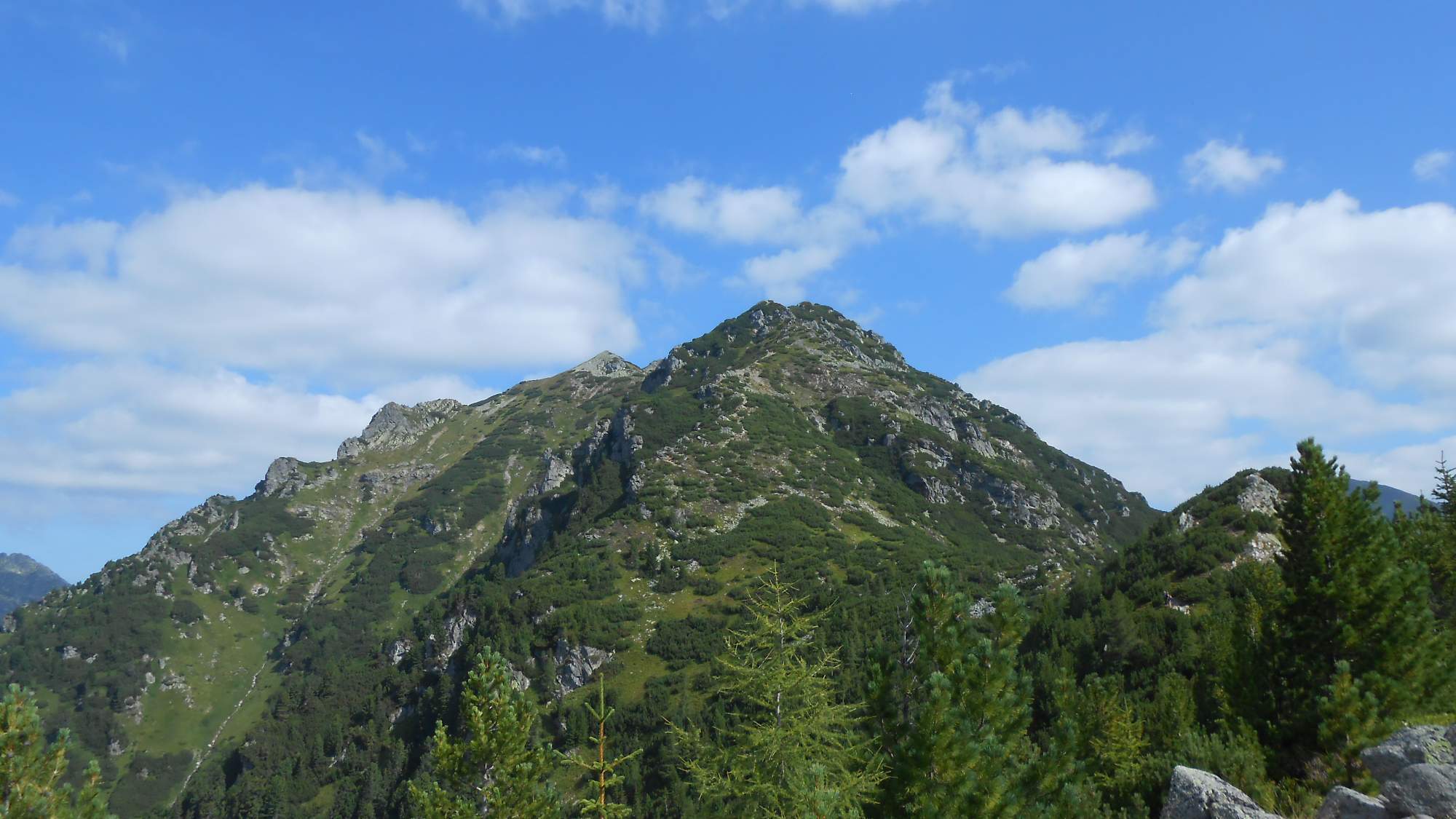 Look at the first peaks of the day

Eventually we made it out of the forest and ended up on the rocky ridge covered by sparse shrub pines. There, I had great opportunity to look down into the valleys visited in previous two days and the mountains above those valleys. From the first and lowest peak, they path continued between rocks and shrub pines that sometimes grew quite densely, often making passage something difficult, mostly because of my backpack size (and width). 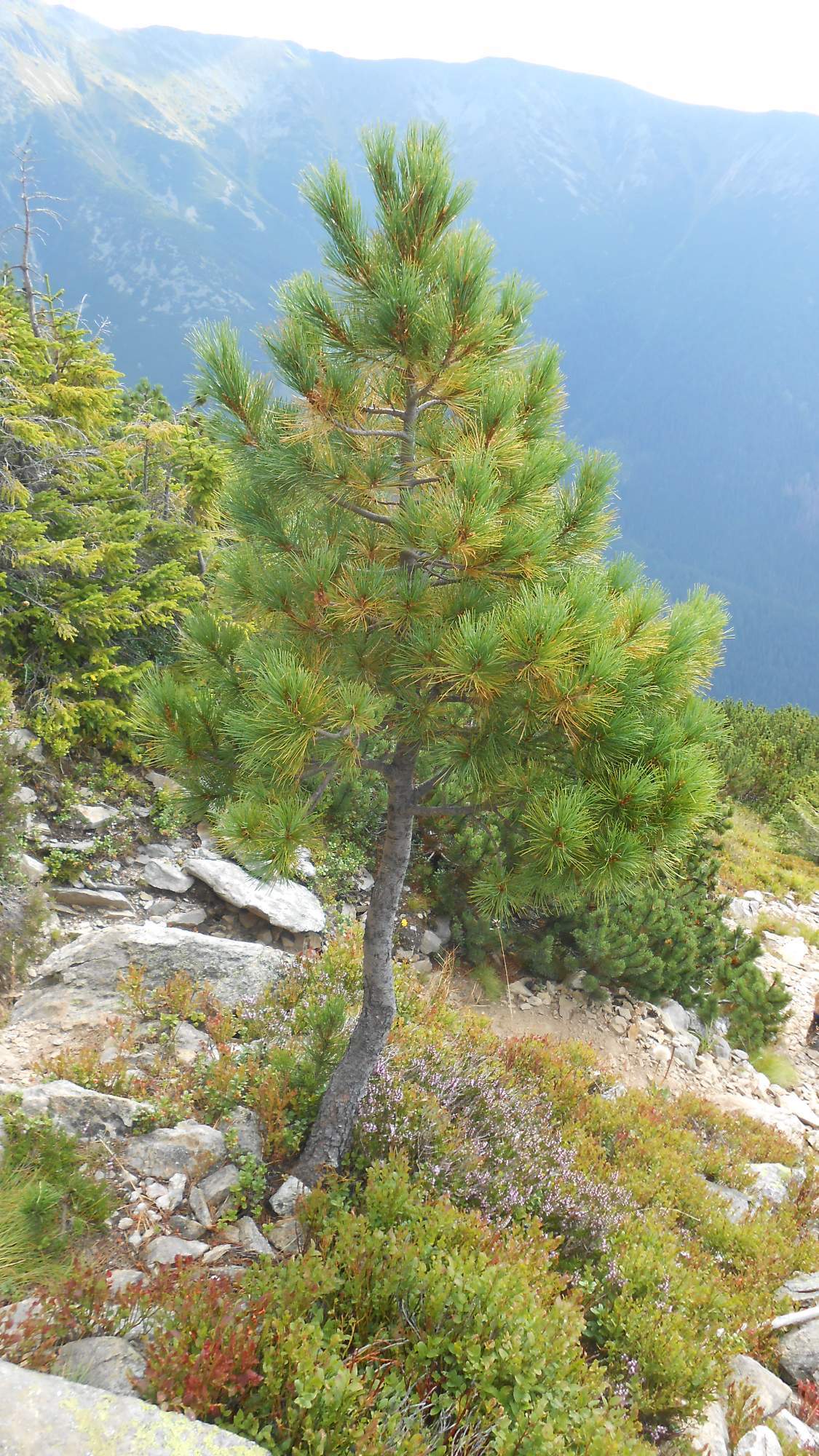 This one stood out 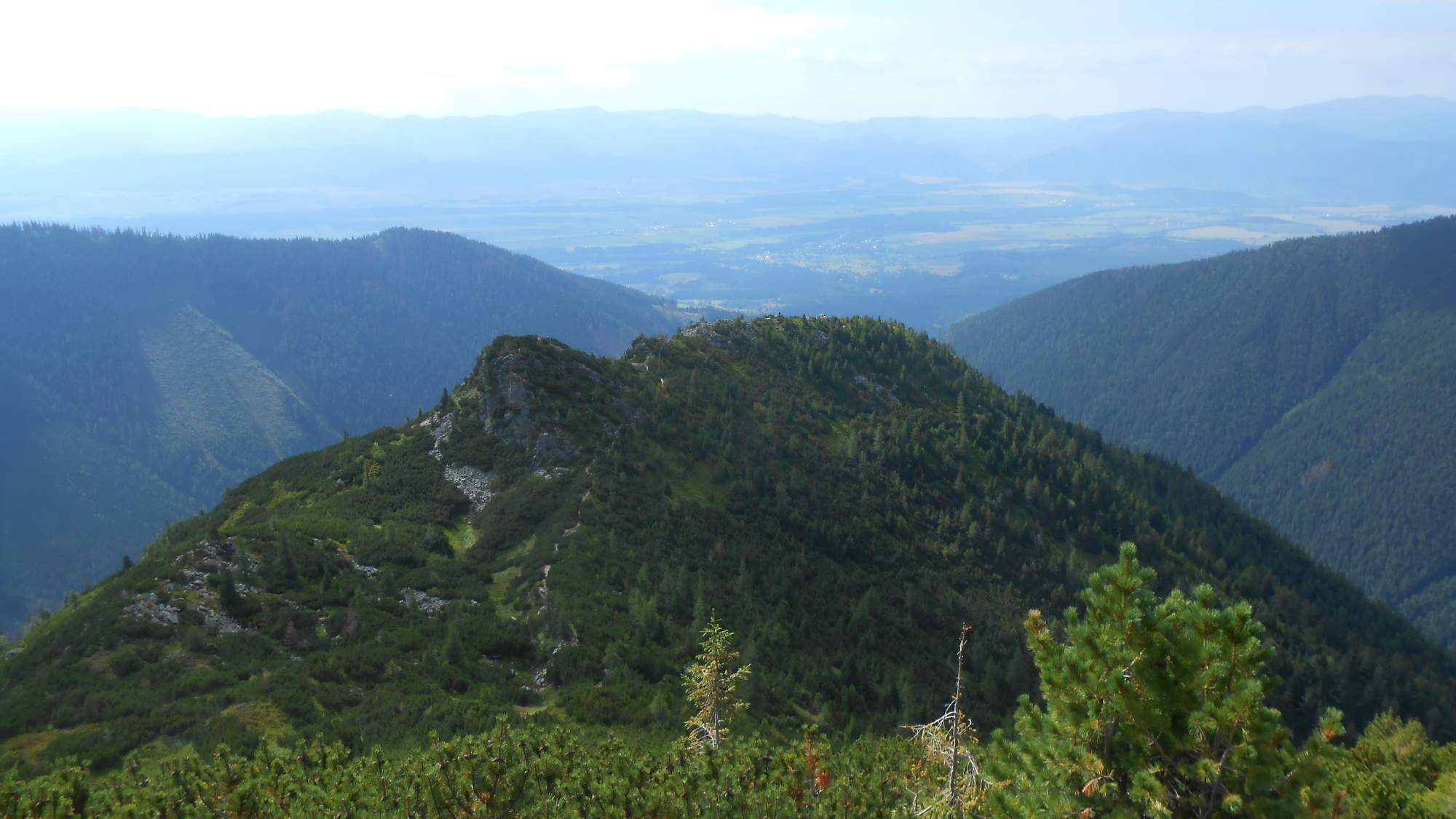 Look back at the first peak 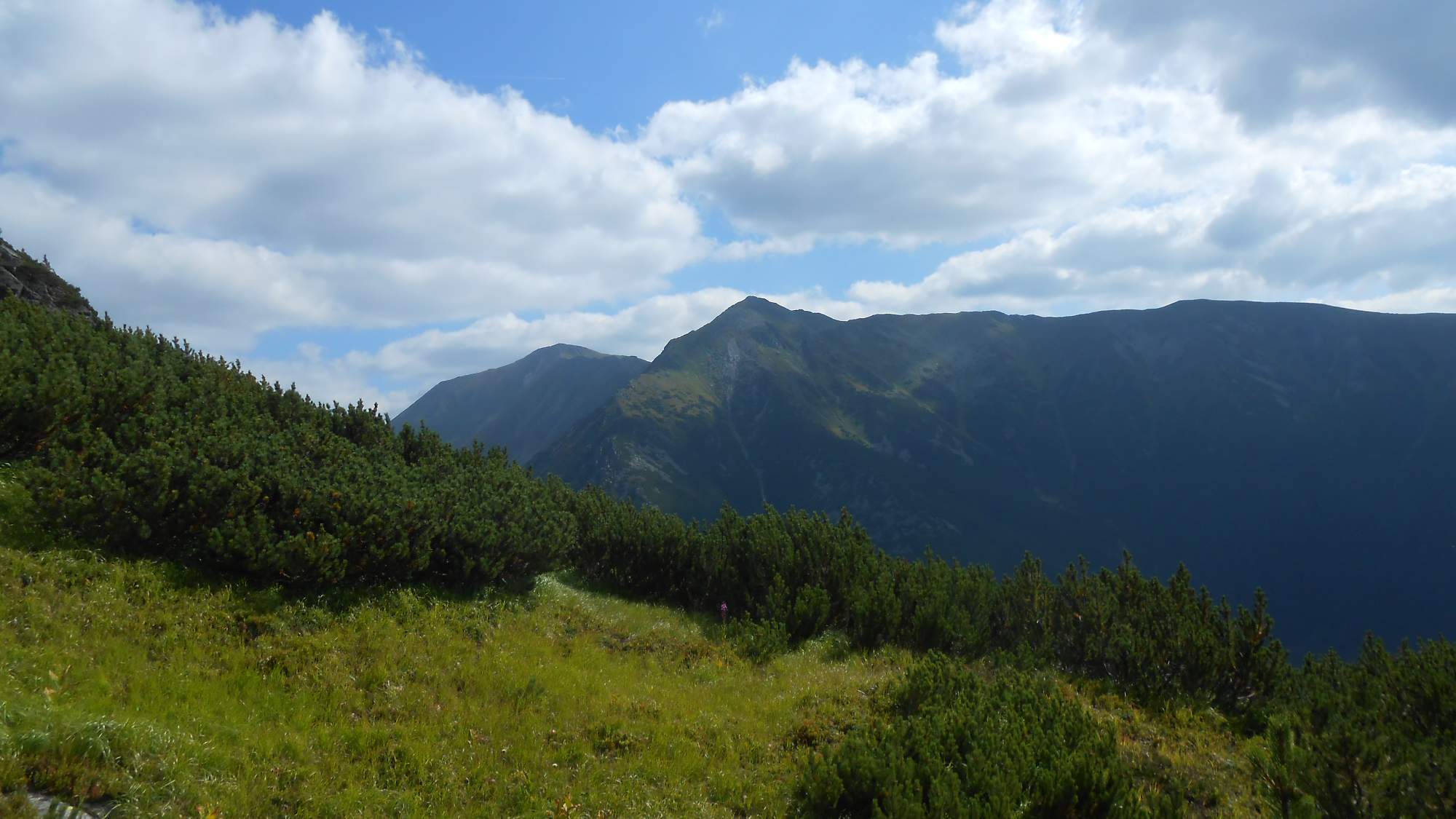 Look towards ridge to the east

After ascending the second peak, the shrub pines gave way to just rocky terrain. I could see the peaks in front of me, waiting, beckoning me forward. Ascend one, slight descent, then up again. It might sound tedious, but the sights made it quite nice. Eventually we saw another chamois, standing on a ledge, place slightly away from the path and perfectly safe from our reach due to the steep slopes. I was surprised more by something different I saw, though. I was used to the fact that mushrooms grow only in forests, but here, one was right among the shrub pines, in elevation almost 2000 meters. 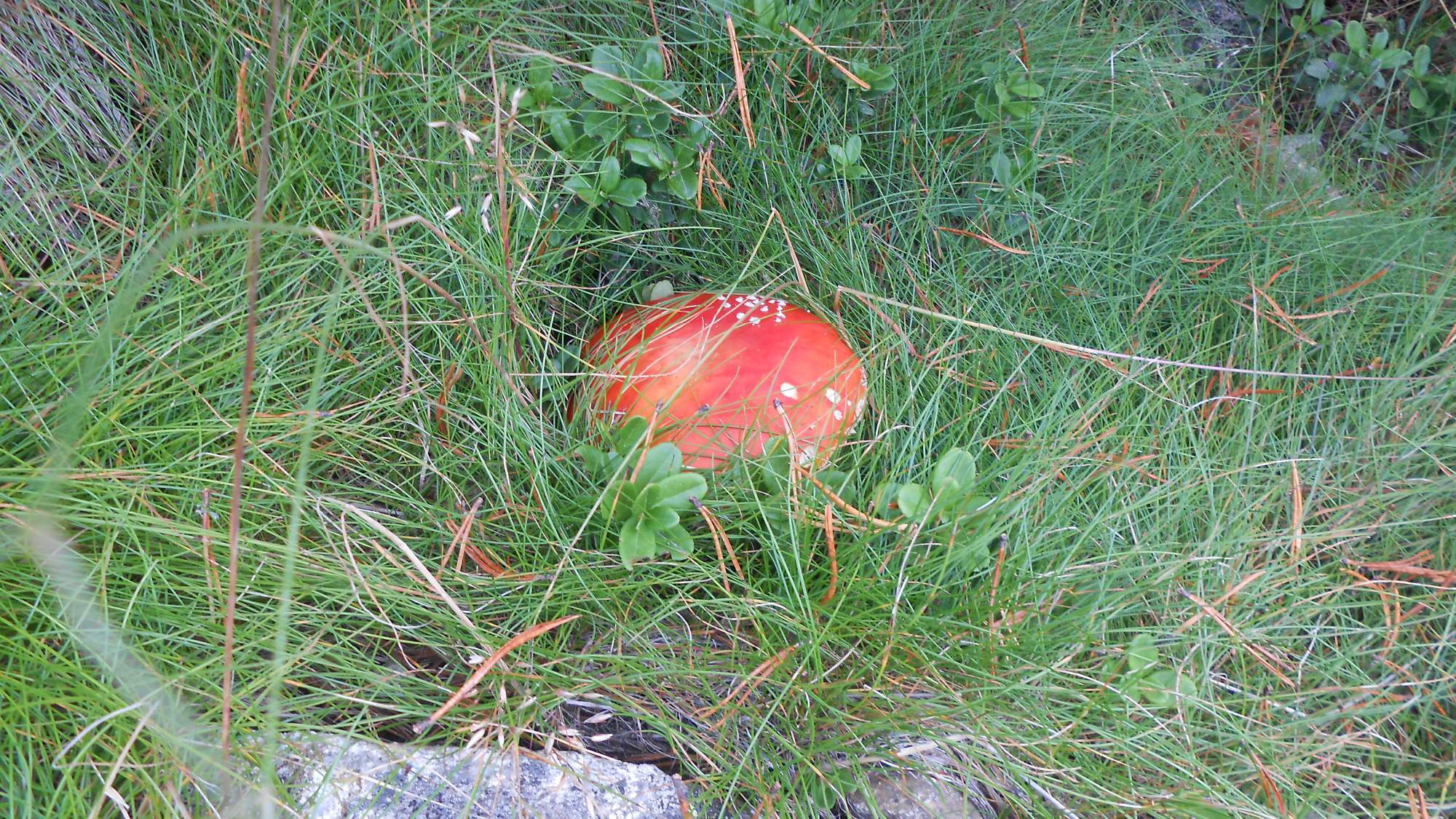 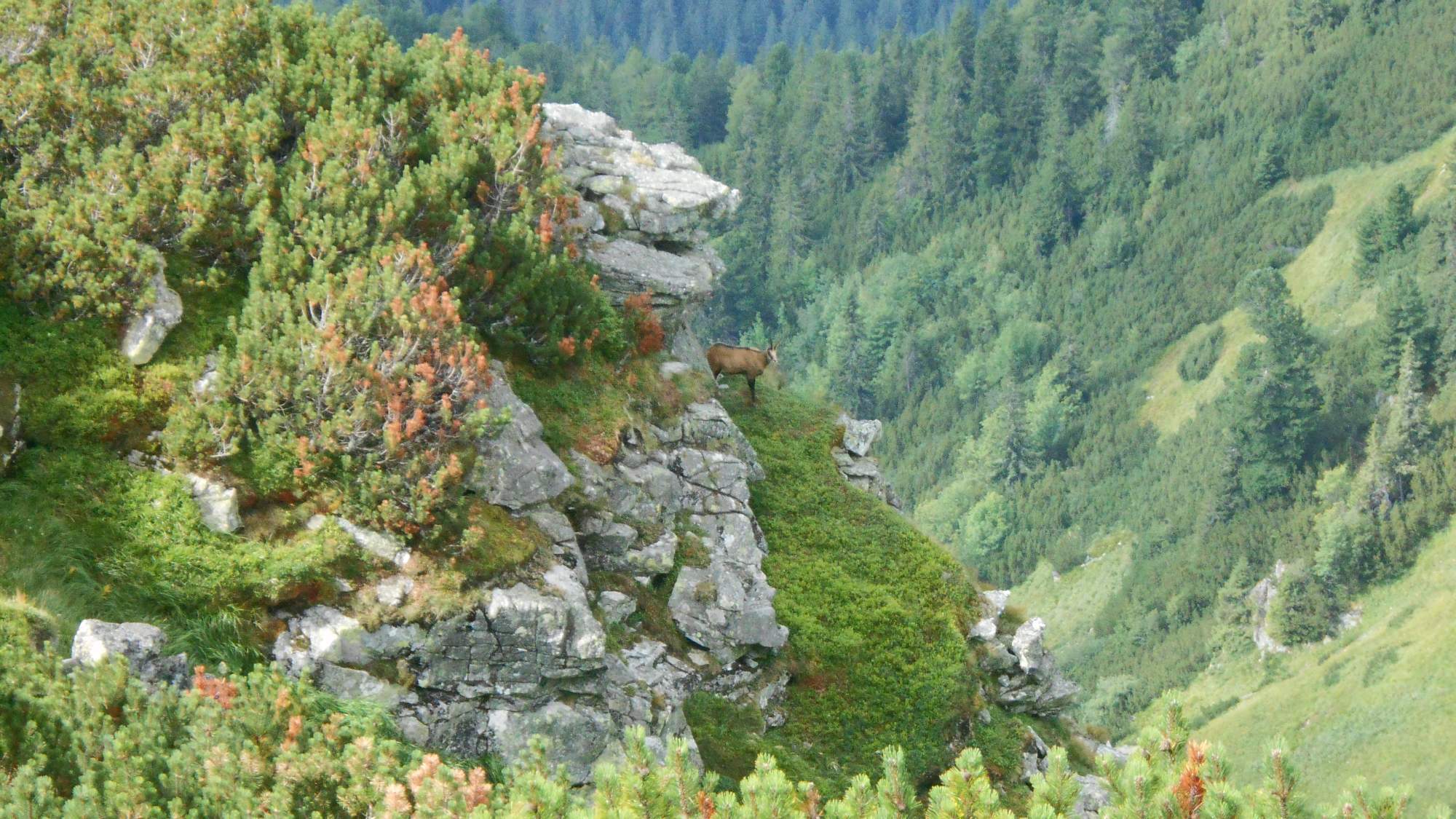 Chamois on a ledge

Our small group had some break on the second highest peak, ‘Jakubiná’, taking some photos and looking around, at the peaks and the lakes below, around which we planned to descend. 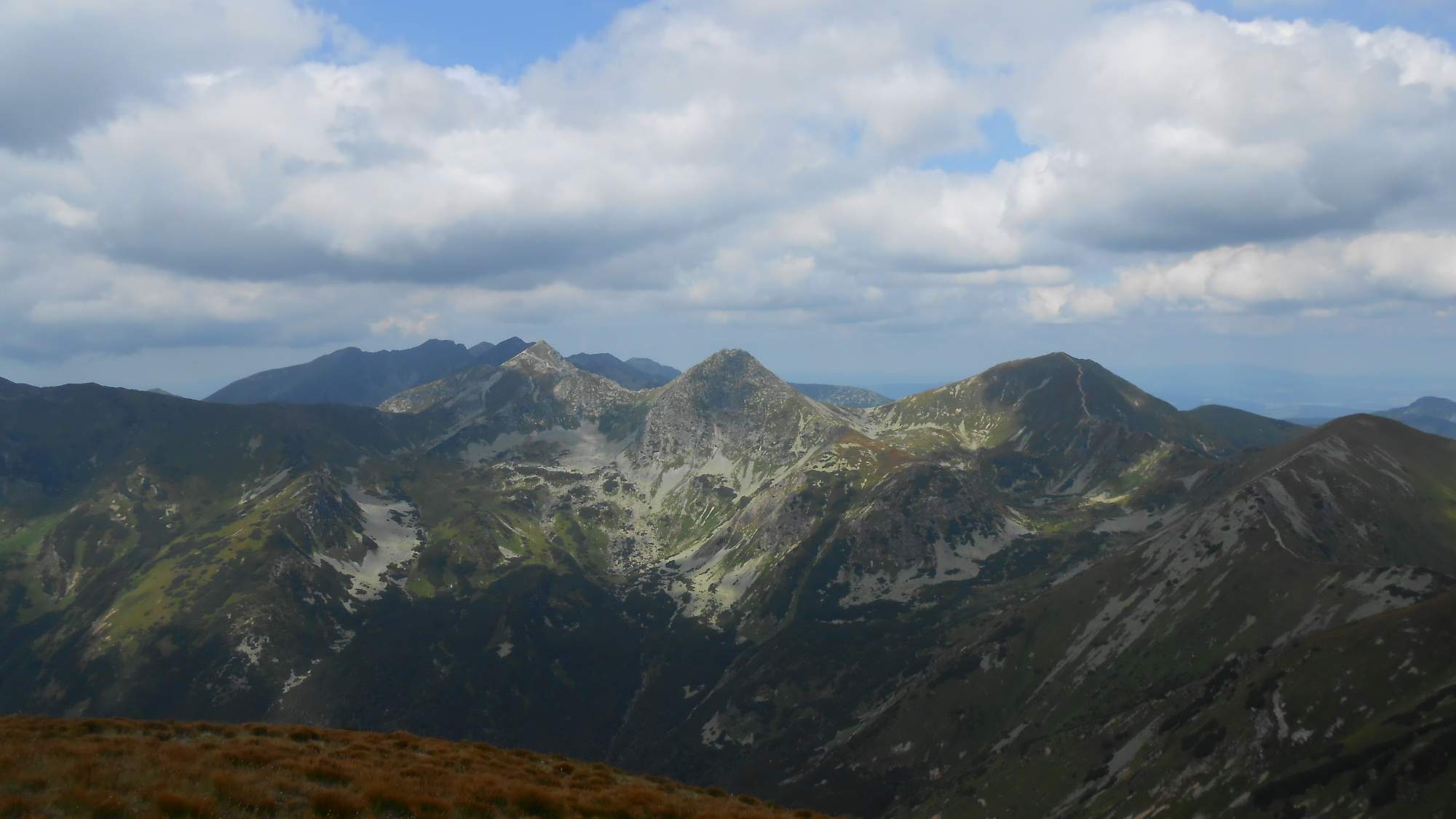 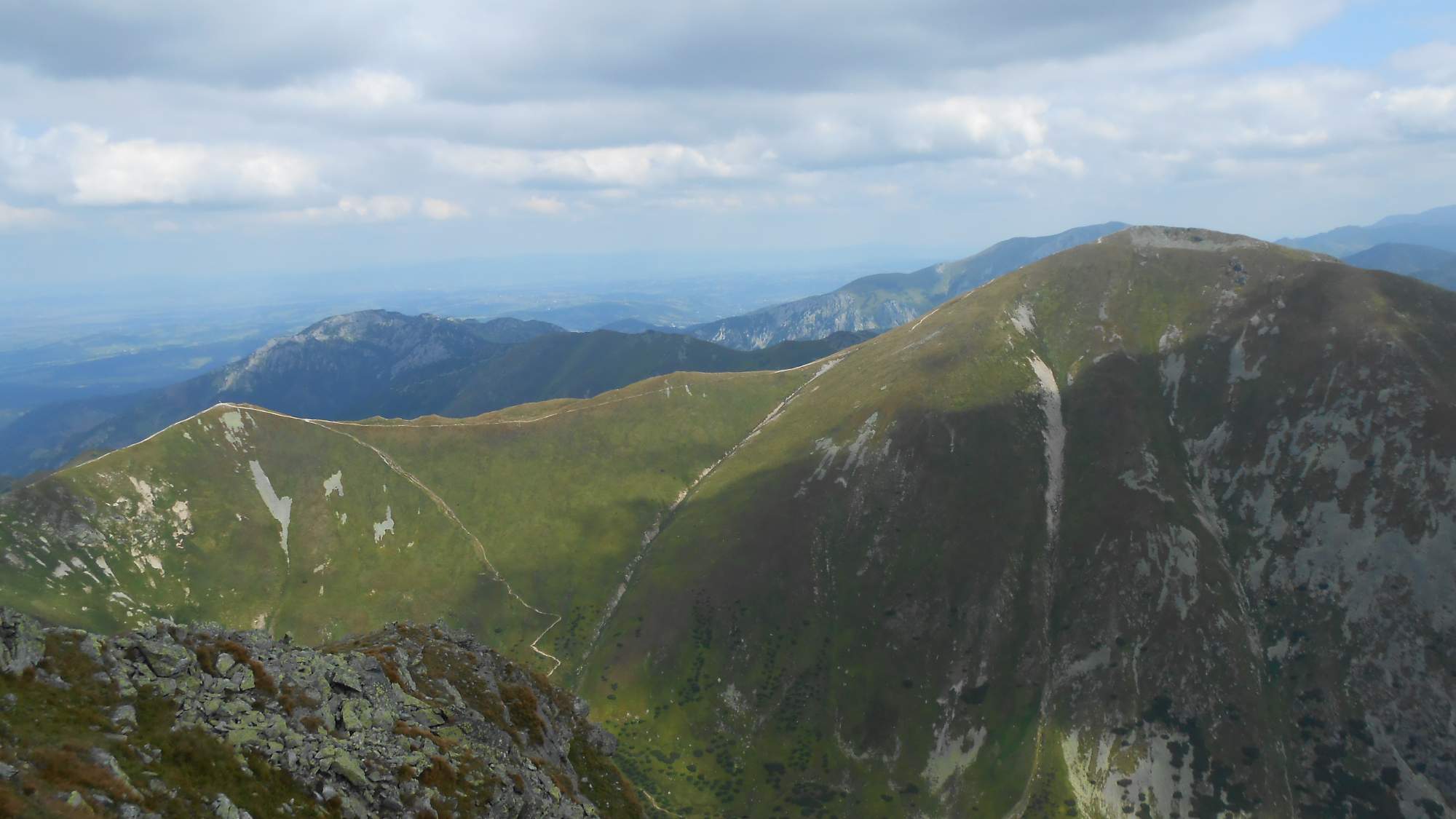 The path then took us to a peak on the Slovakian-Polish border, continuing on the border ridge towards another peak. We could see the end of ‘Dolina Chocholowska’, one of the longest valley on the Polish side, and later ‘Staroroboćianska dolina’ valley that branches from the previously mentioned one. 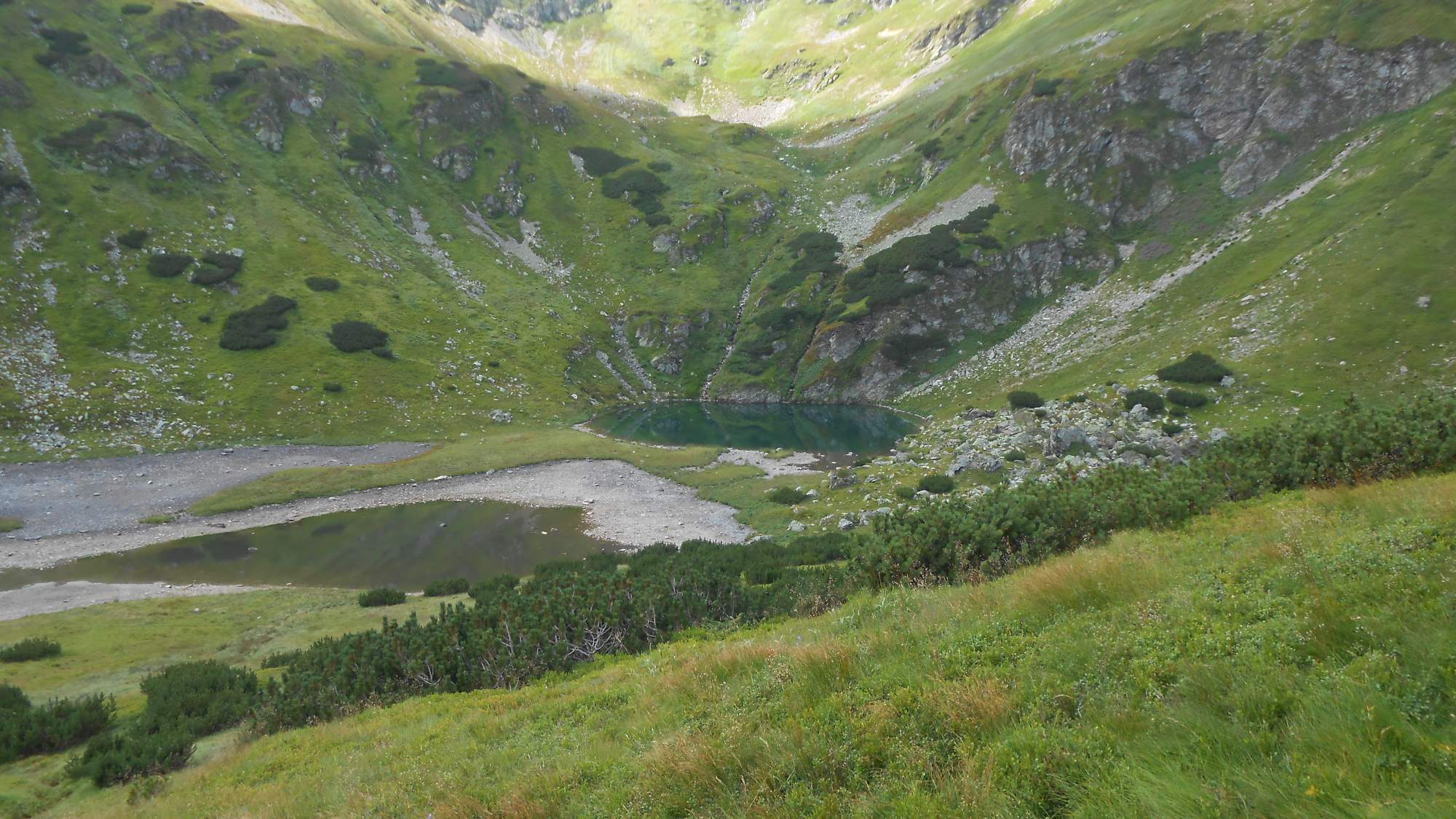 After reaching the ‘Končistá’ peak, we left the border and descended quite sharply to the upper end of ‘Račkova dolina’ valley, taking the west brach around the lakes and eventually reaching the fork where the previous day’s hike led us from the opposite side. 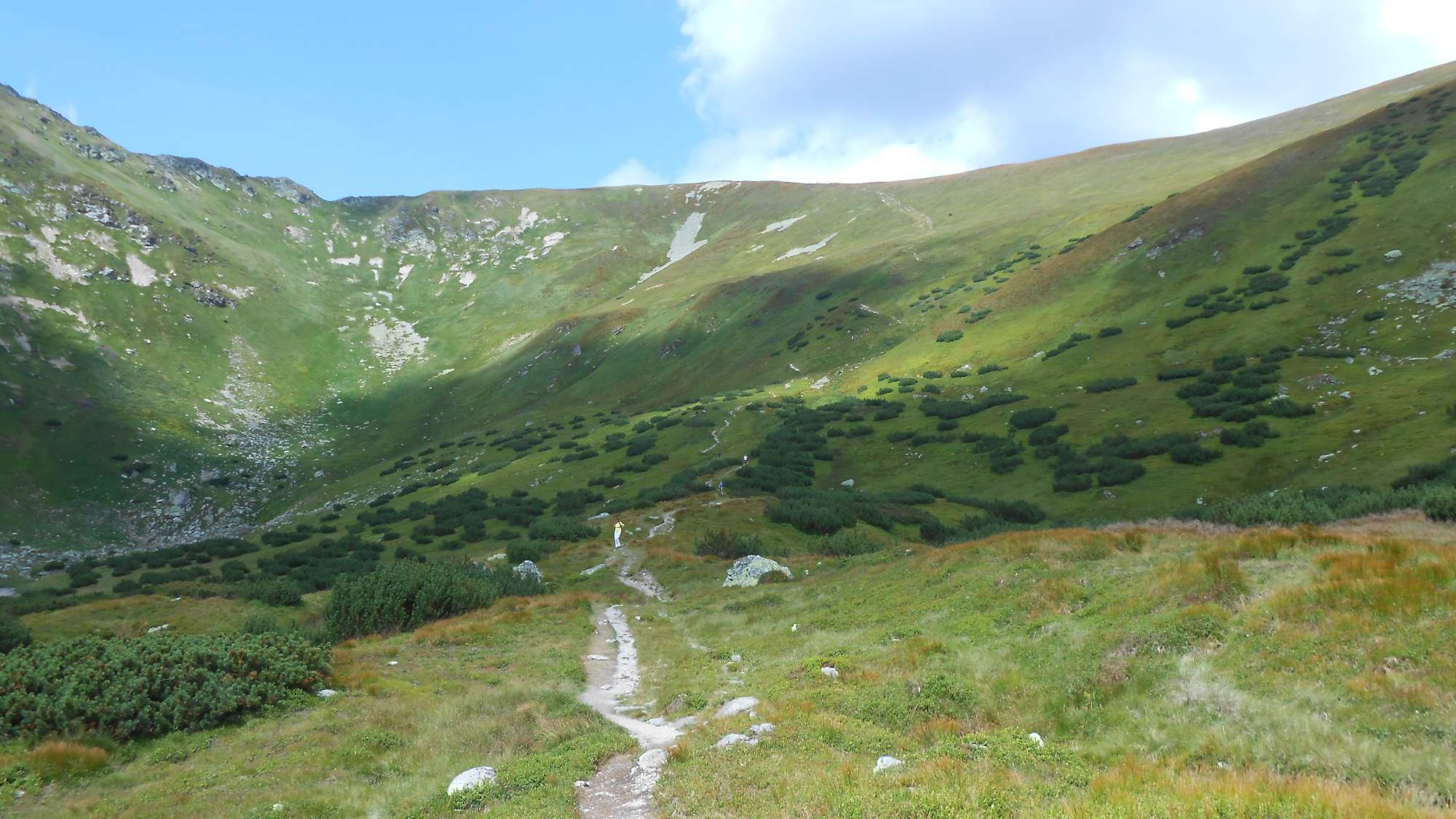 Then again followed descent through the valley I knew well from the day before, eventually reaching the hotel again with enough time to finally read a bit before dinner.