So, after a month, I’ve returned to the story started by The Path of Flames. It was faster read than the first one and I was given some answers that I felt were missing in the first book. Now, for the details (mostly spoiler-free as always). 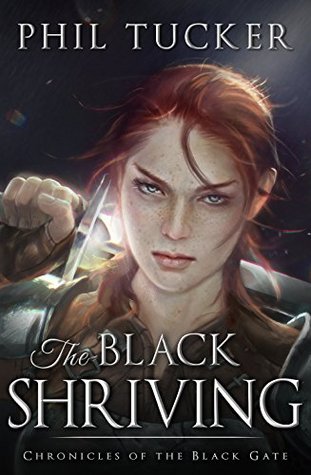 The second book follows pretty much where the first book ended. While the first one had only small detours to the kragh substory, the second one soon splinters more.

There’s the kragh story which still happens pretty much on the other side of the world and the story of the humans that take different paths to deal with the incoming trouble.

The good part is that it finally gives some connection. There’s more about how it works between the more into (both the highland and lowland subspecies) and how it connects to the humans. There’s more about the circlet; its powers and history with the ominous hint that there’s a price for the power, price Ogri paid and was eventually the reason he died in the cold mountains where Tharok found the circlet.

It also goes more  into the human trader with his troll buddy and a special set of skills, something with the potential for trouble, as shown by the end of the book.

He who seeks to control others loses himself, and in so doing becomes at once less than he was and more.

Audsley entered a portal with Tiron at the end of the first book and emerged in a place filled with portals and – as it seemed at first – nothing else. They soon find it a place of history, related to the original sin casters and Audsley gets more chances than he’d hope to get his hands on some forgotten knowledge.

He eventually manages to open the portals at will and so Tiron and Iskra go on diplomacy errand to the Agerastia, leaving him with two guards to face the mysteries of Starkadr alone. It eventually takes a twist I did not expect and Audsley makes a spectacular entrance into the grand ending of the book – something I won’t mention for spoiler reasons.

Iskra seemed certain about her plan to go to the Agerastians, the enemy of their faith, soon after the end of book one where a virtue, who is supposed to uphold the core of their faith, defy it instead. Realizing that even those are corrupt, she decides to push on with her plan when Audsley manages to control the portals.

Her trip to Agerastia starts well and she gains an audience with the emperor but her visit starts a chain of actions as the empire itself has several groups with different aims in the background and Iskra’s arrival gives some of them a chance on their own agenda, a chance that’s … quite violent.

The last part is this trio going into the mountains above Mythgrafen hold to search the mountains for anything that could lead to understanding why the hold’s defenders were always wiped out during the yearly event. They find much more than they hoped and end up in quite some danger, eventually making their lack of time even more pressing. They also learn something about Maeva and the price of her powers on this trip as she acts as their guide.

After their return, the demons follow soon after and attack the keep head on, Asho and Kethe doing their best to stop the demons. Yet, it’ll take the help of the two above-mentioned substories to actually stop the tide of demons, each with their own revelations.

There are also some funny and wise lines both by Asho and Kethe.

The book was easier to get into than the first and finally gave me some answers I wished for. I am curious about where Audsley’s story will go as that has probably the most potential at this point. I have the third book ready to be read soon, probably by the next weekend.

One thought on “Book review: The Black Shriving”