So, I am back with another hike post. This one is something I’ll start on a bit of detour: back in May 2017 when the hiking club was putting together a plan for 2018 (with me as a guest to the 9 leaders), we lacked something for the ‘slot’ of 30.6. and a few days before, there was a video from Slovakian mountain resort where a group of bikers was startled by a bear on one of the trails. And I had the ‘genius’ idea to suggest to go there. Surprisingly, the suggestion was accepted.

So, that’s the backstory, now for the hike itself. 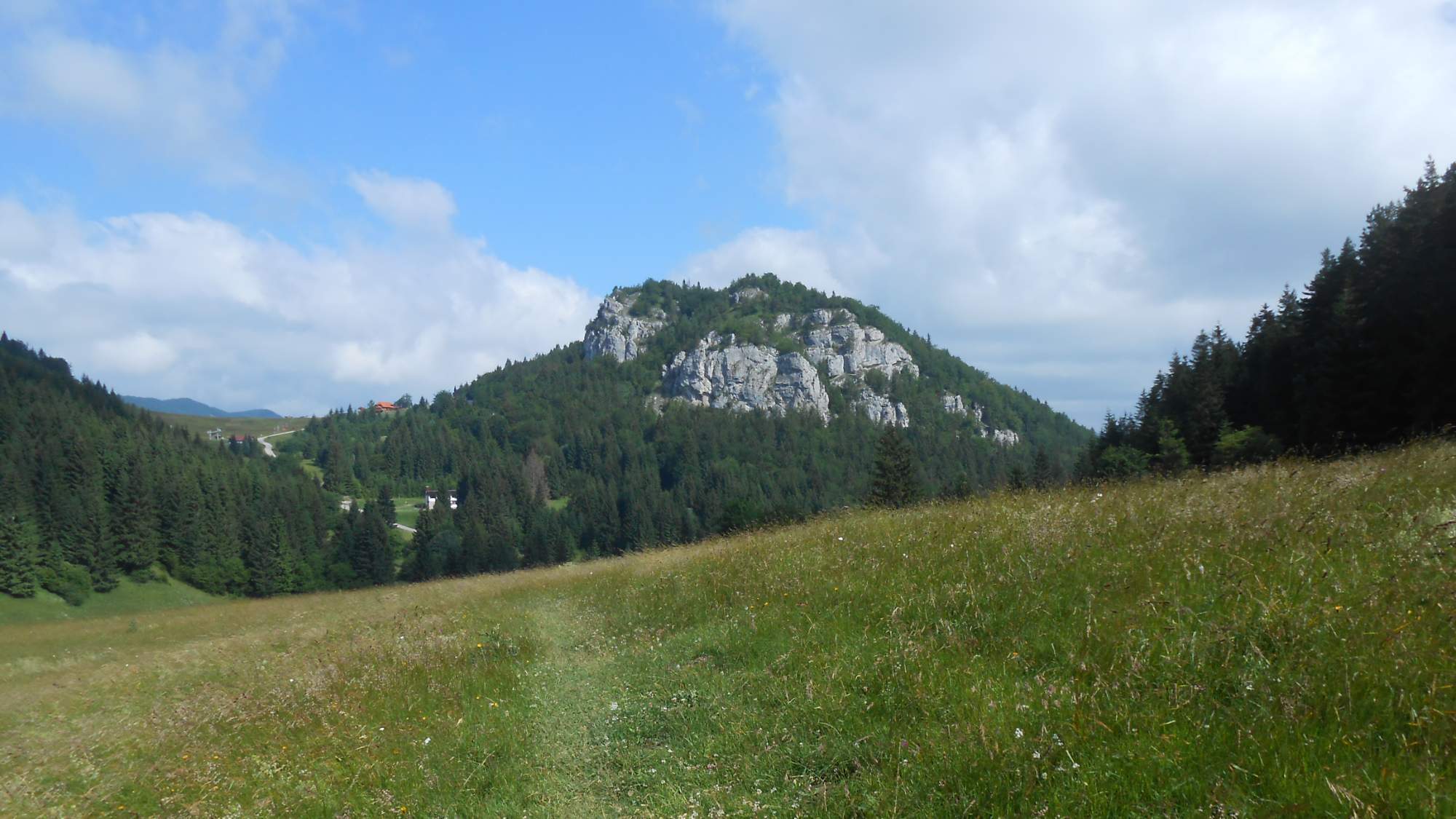 Unlike the previous two, this time we had a decent chance to avoid any kind of even short rain. The morning was cold for the first week of summer, enough that I wore a hoodie when I set out, something that does not happen to me often in this part of a year. Before we reached the place where the bus dropped us, the temperature got quite close to what would one expect and eventually the walking was enough for me to start feeling quite warm. 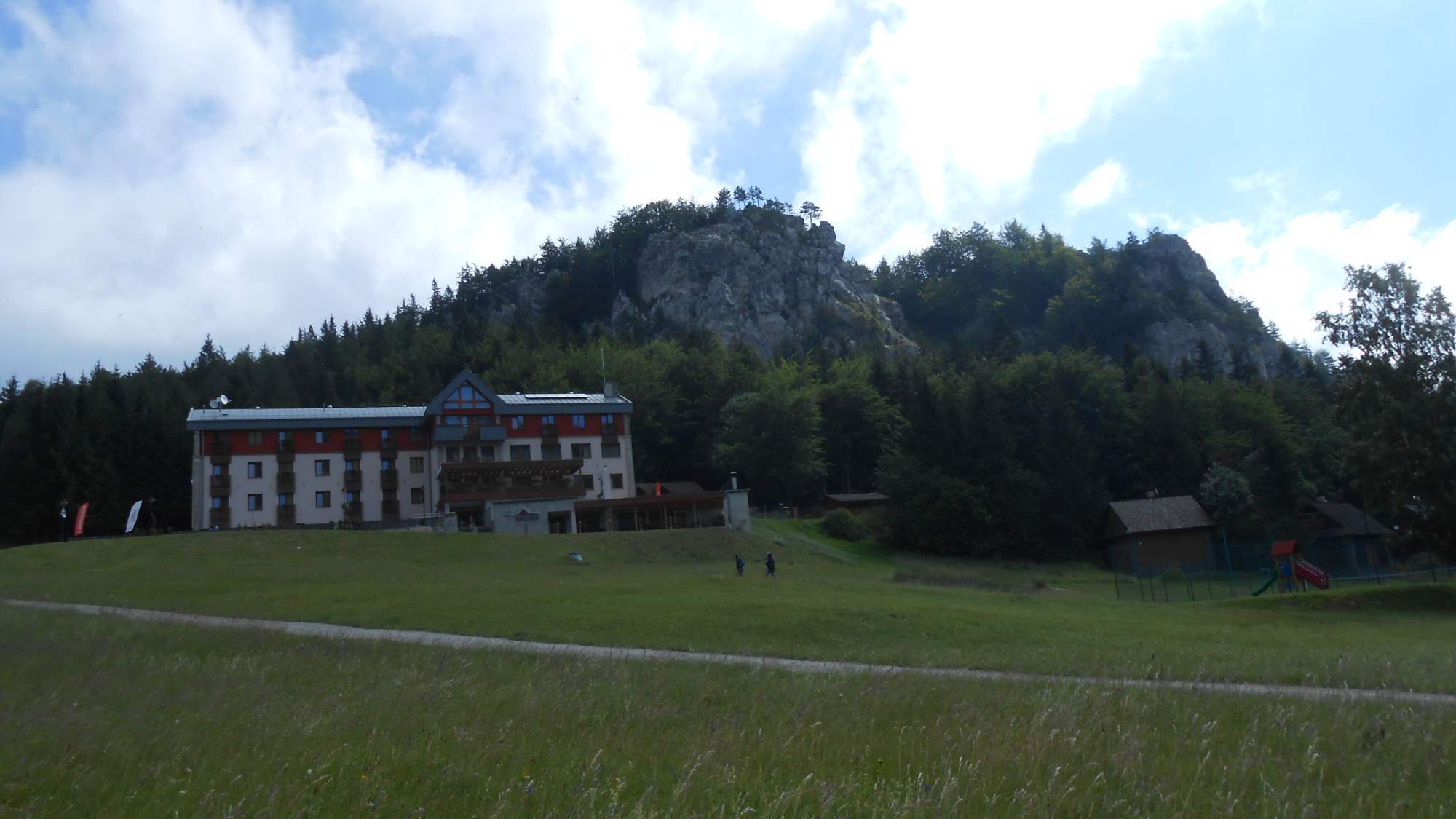 Reaching the aforementioned resort took only a while. It was there where the real part began as we took the short and hard way up, going straight up the field that is a ski slope in winter instead of going around. After that, we were quite warm, especially as the field was bathed in the late morning sun. 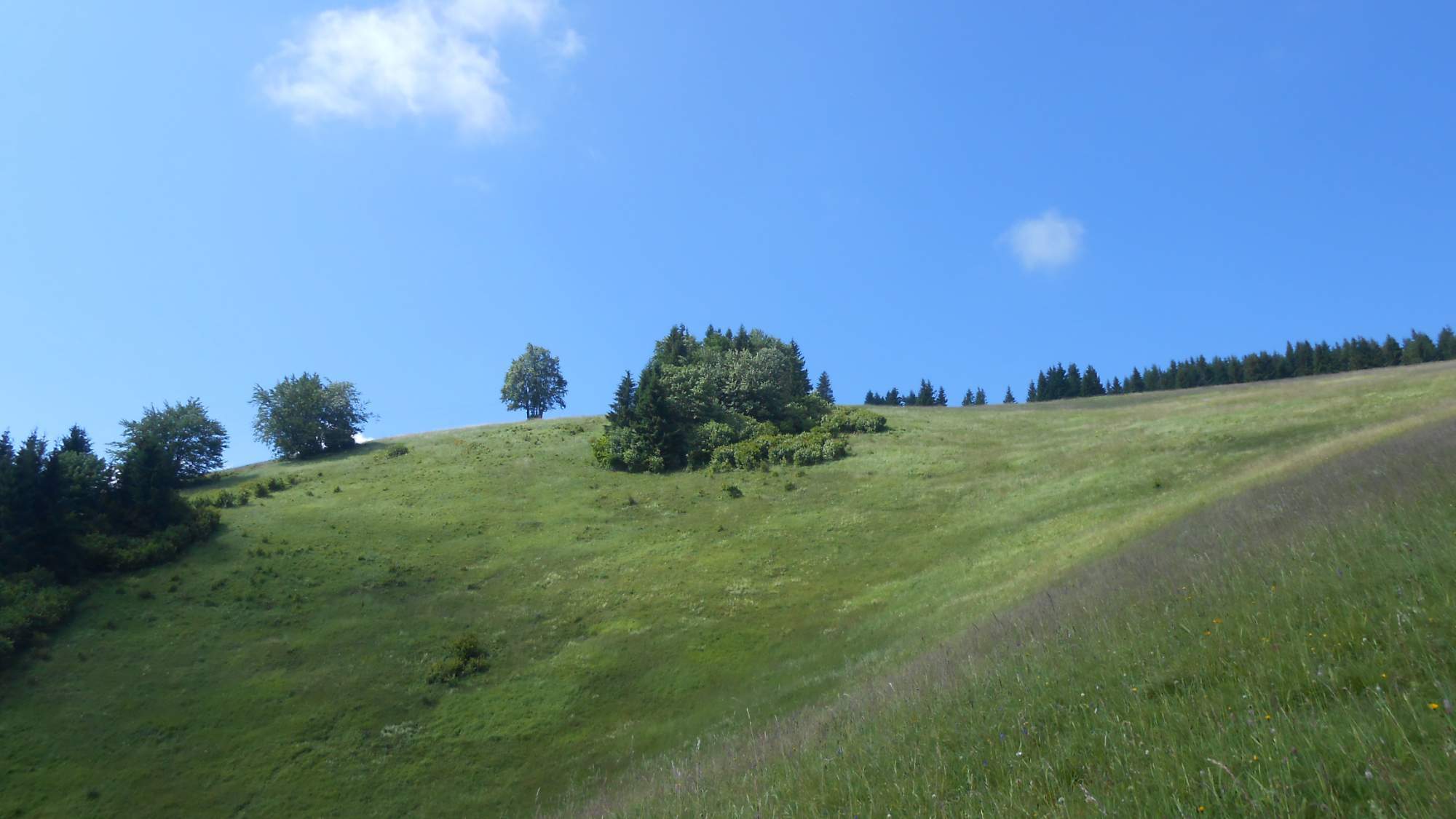 And the ascension was steep enough to warm us up even more. 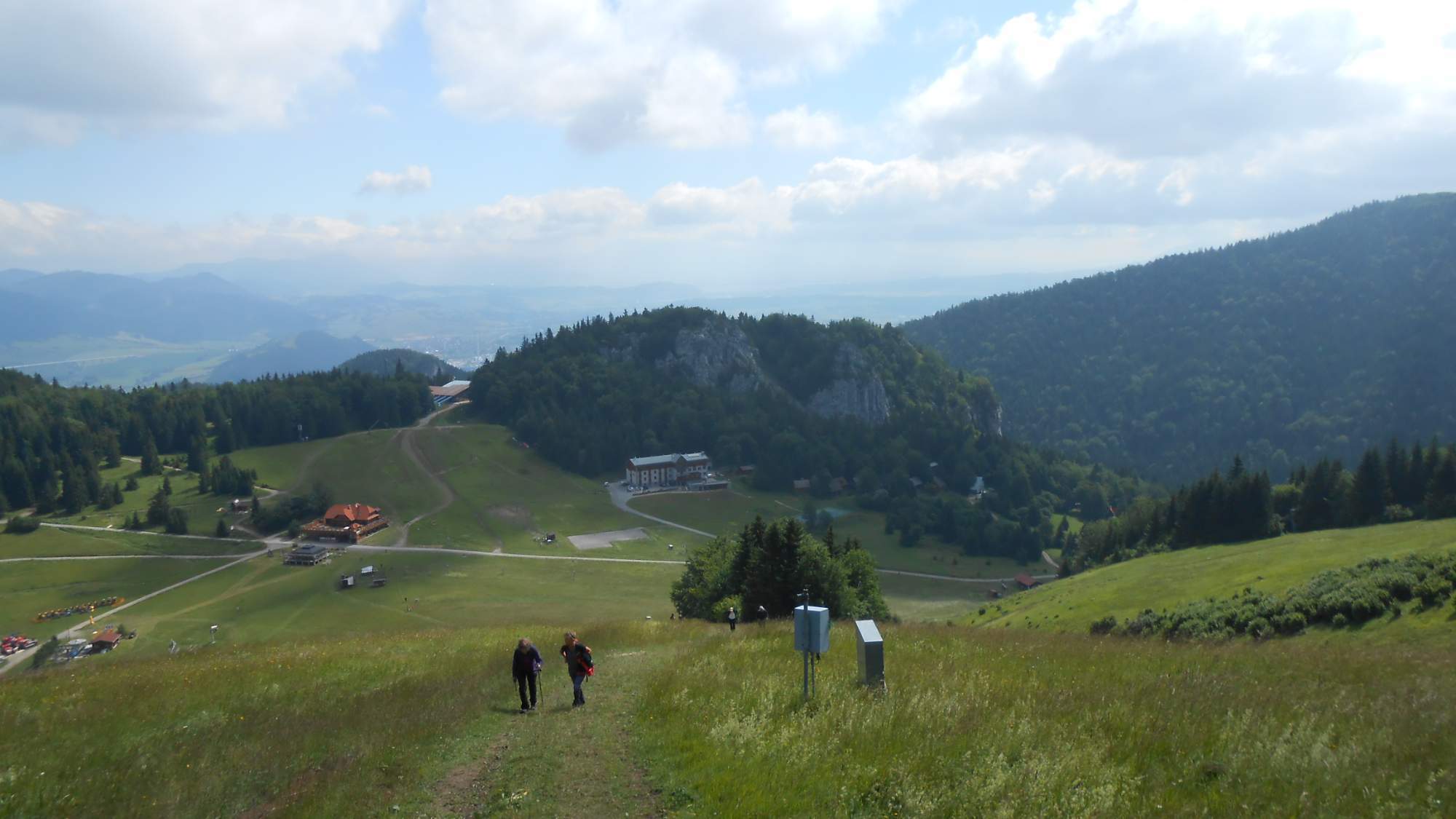 Many of us set out in long trousers and so we switched to shorts after finishing the ascent. Well, the weather decided to play games with us – the trail went into the forest and the sun hid in the clouds, enough to make us regret the decision for a short while. 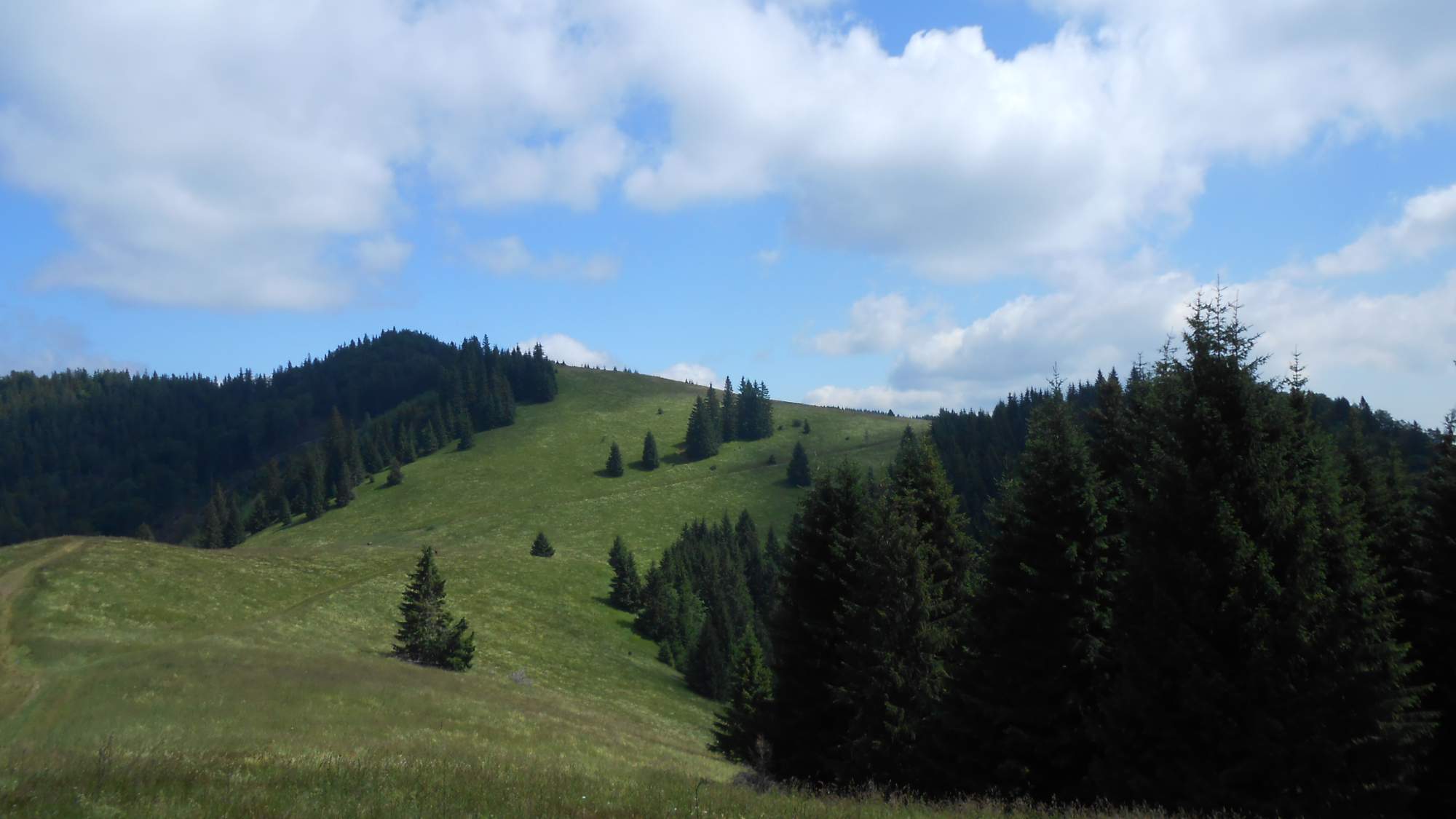 After a short time in the woods, we emerged on the fields again and down to a pass only to start going slightly up after. It kept changing – fields, spruce forests, deciduous forest… quite an unusual variety. 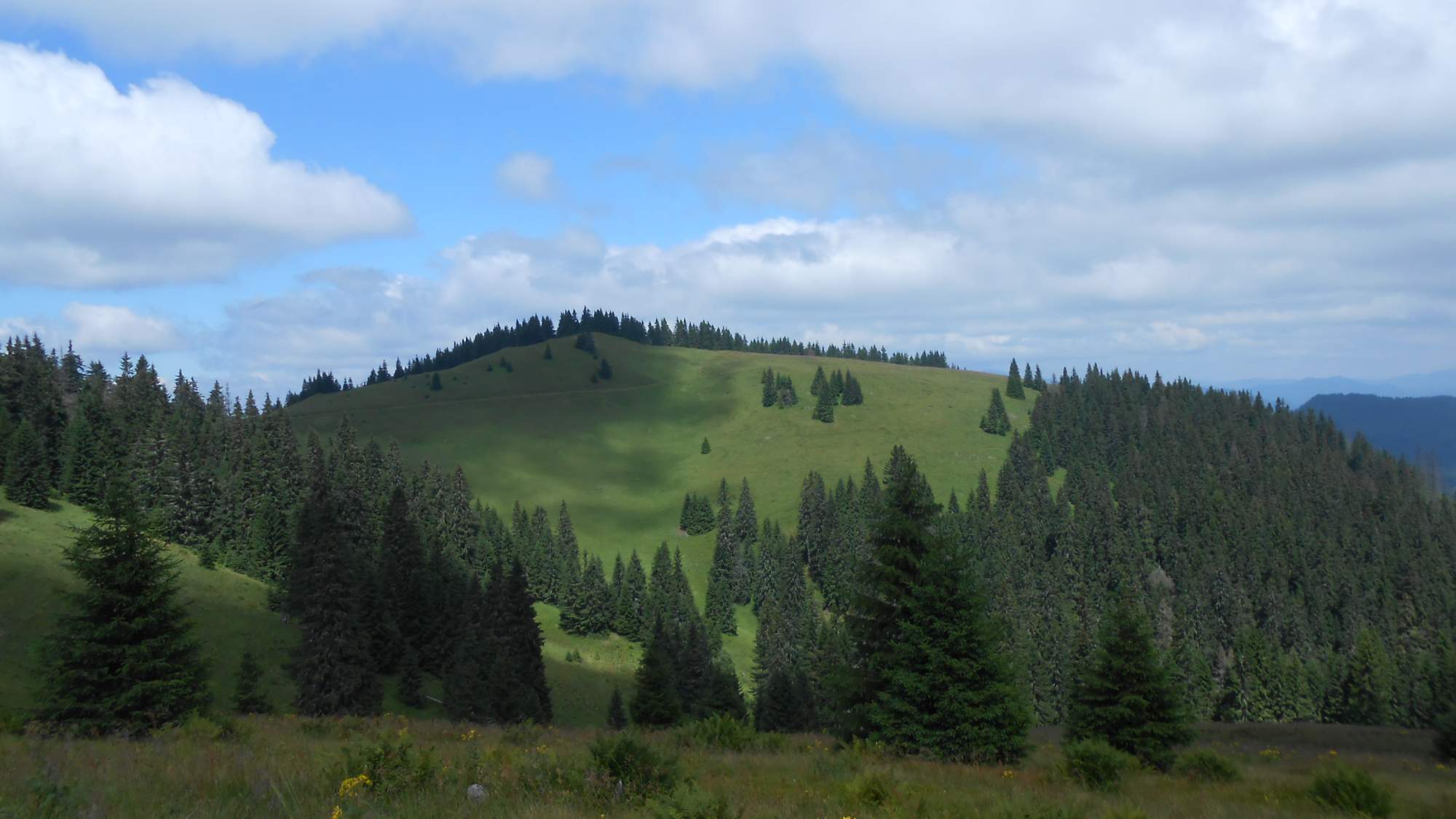 Eventually, we again reached the fields on the forest’s upper end. The peak we were to reach was unfortunately out of the main trail and we had to look around a bit to find it – there was a hint of used footpath in the grass but nothing official. Yet, in the end, over twenty of us gathered there around the noon. The weather was nice even though visibility was worse as many of the surrounding mountains were in clouds and thus we could not see much. 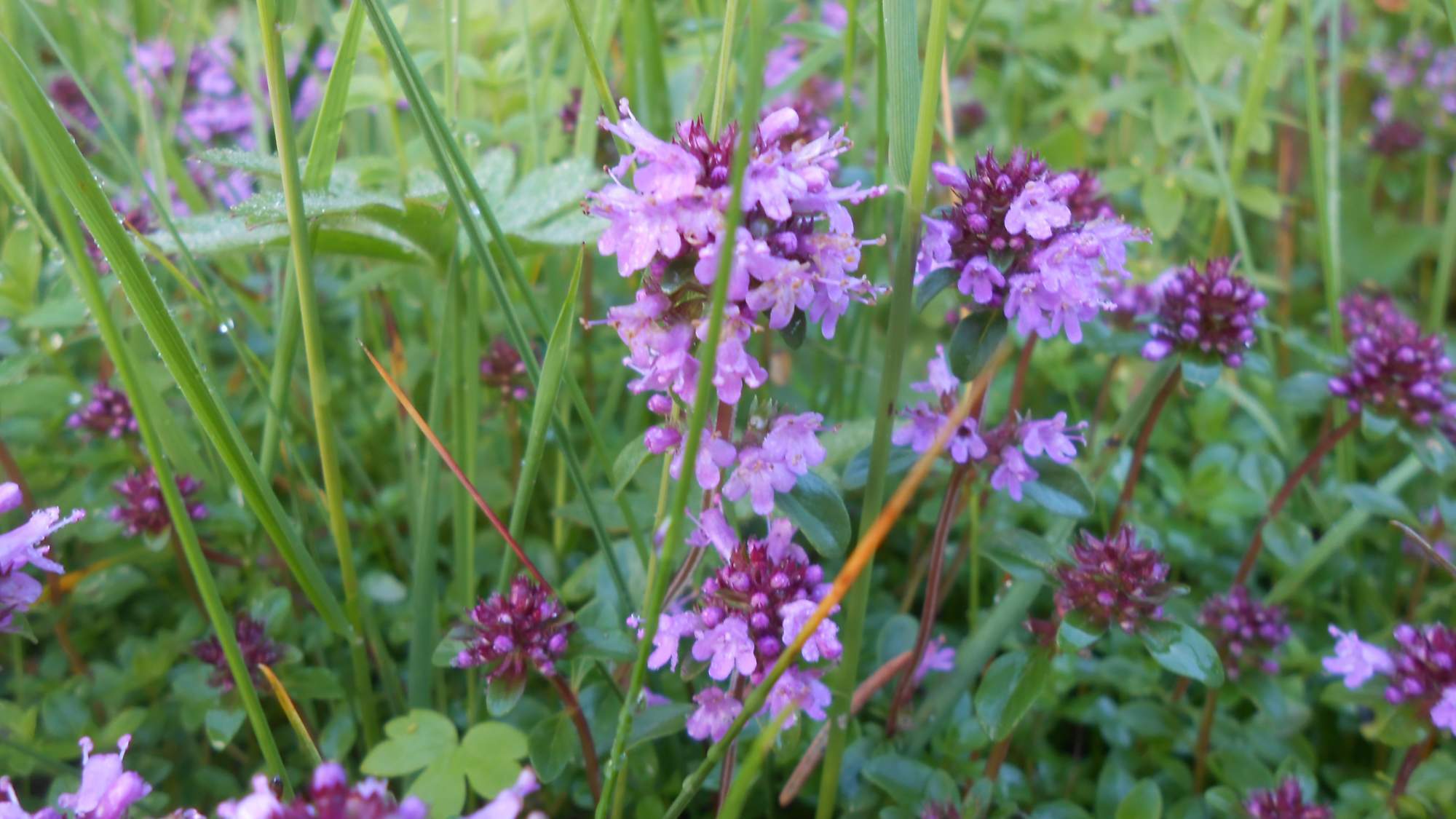 After the break, we left the peak and set out for the second half, me being in the first group of four. The trail was descending continuously for a while, allowing us quite brisk and comfortable pace. Yet, the combination of descending into the woods and more clouds passing over us meant that it was no longer feeling so warm, especially as the easy trail meant we were not generating so much body heat. 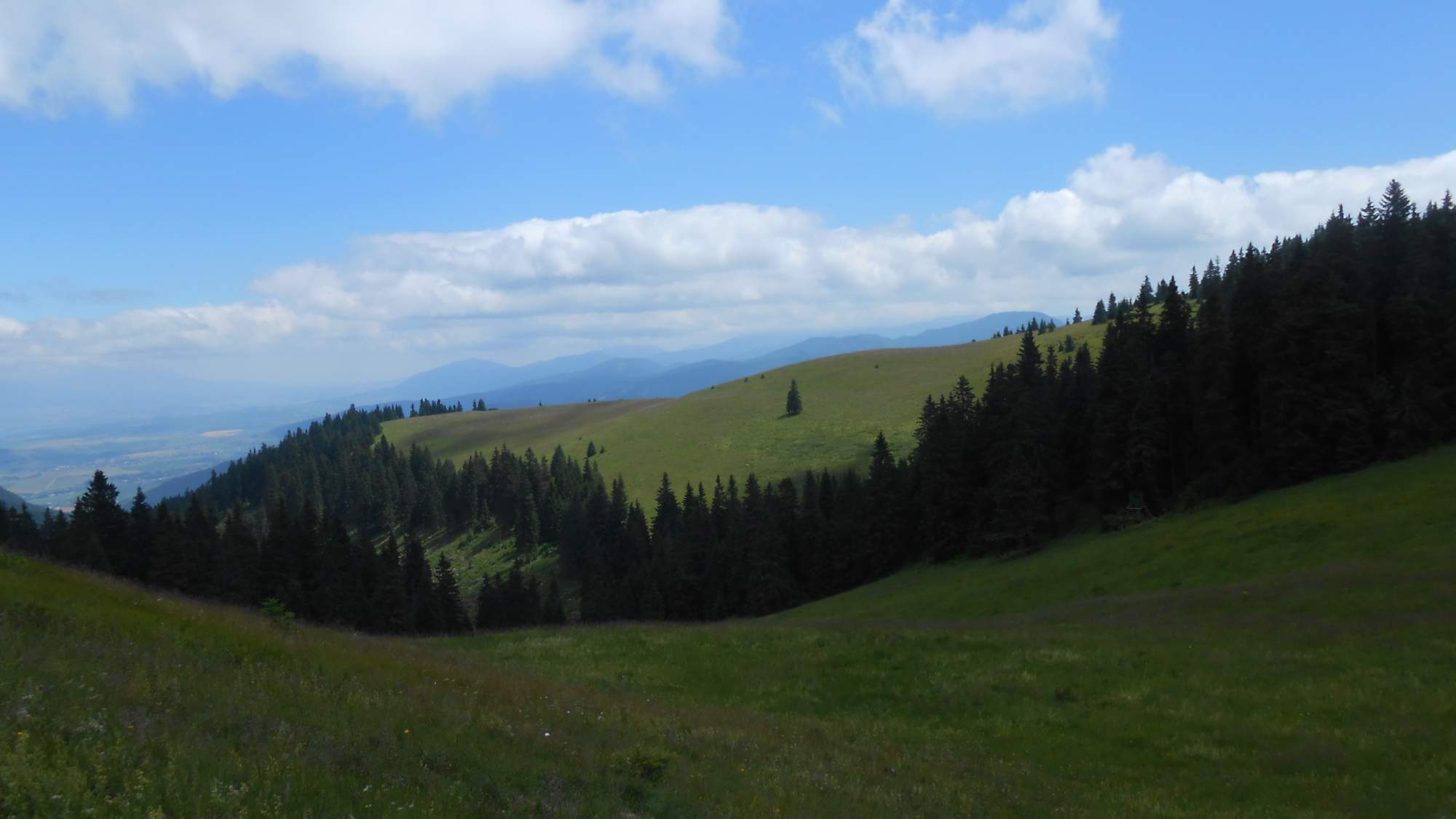 There were a few places where finding the trail was not so easy – someone decided to paint the markings on stones hidden in the tall grass which meant they were hard to see – and my GPS ran out of battery early in the hike (and I forgot to charge the backup batteries as well). 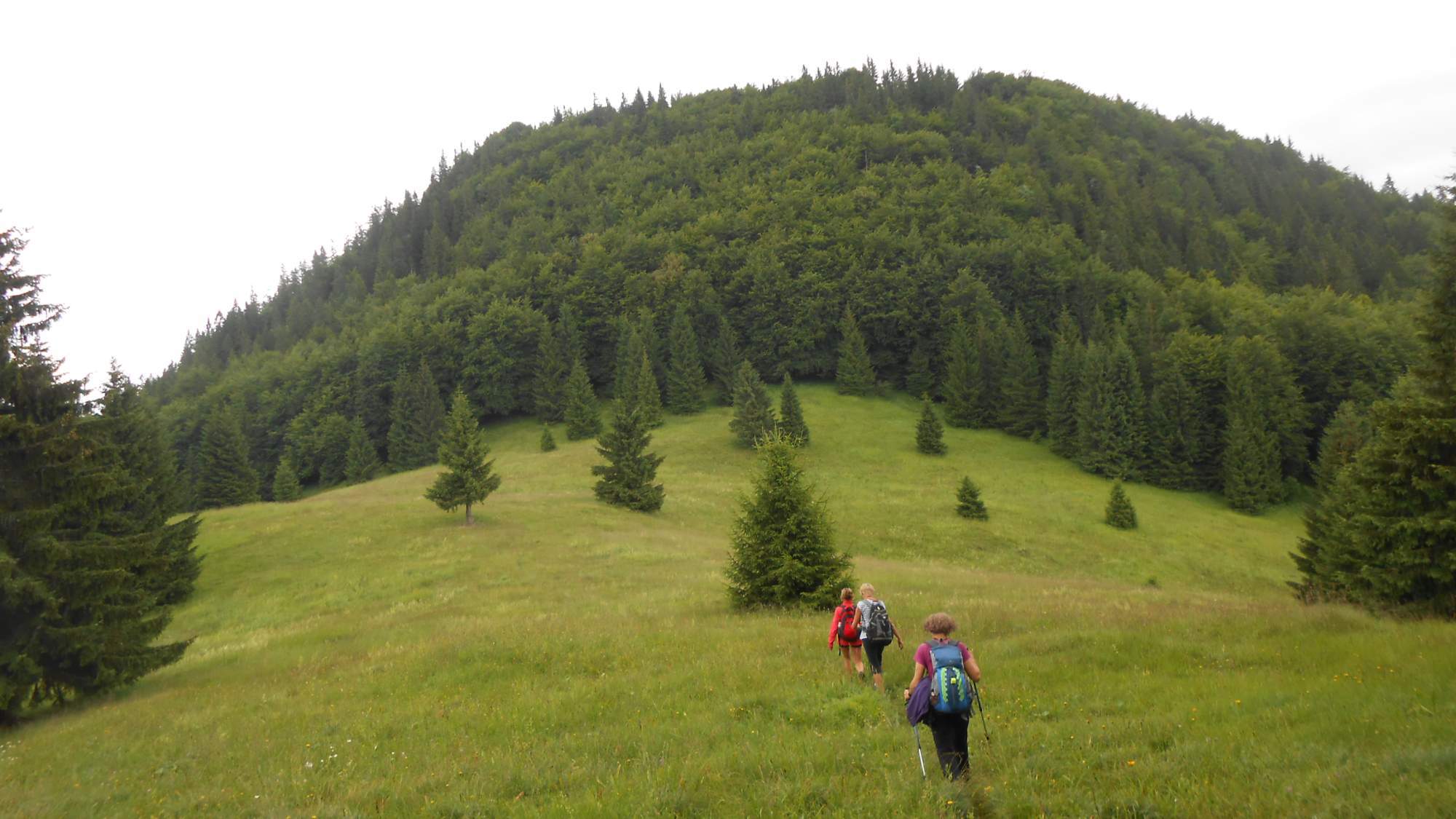 The situation changed when we reached the last hill, after which it turned into a steep descent, so much that we eventually changed our plans slightly and half-way through the way down, we took a slight detour by using what was marked as cycling trail. With some improvisation, we reached our destination with some time to spare, enough to have a bite of some local farm specialties. 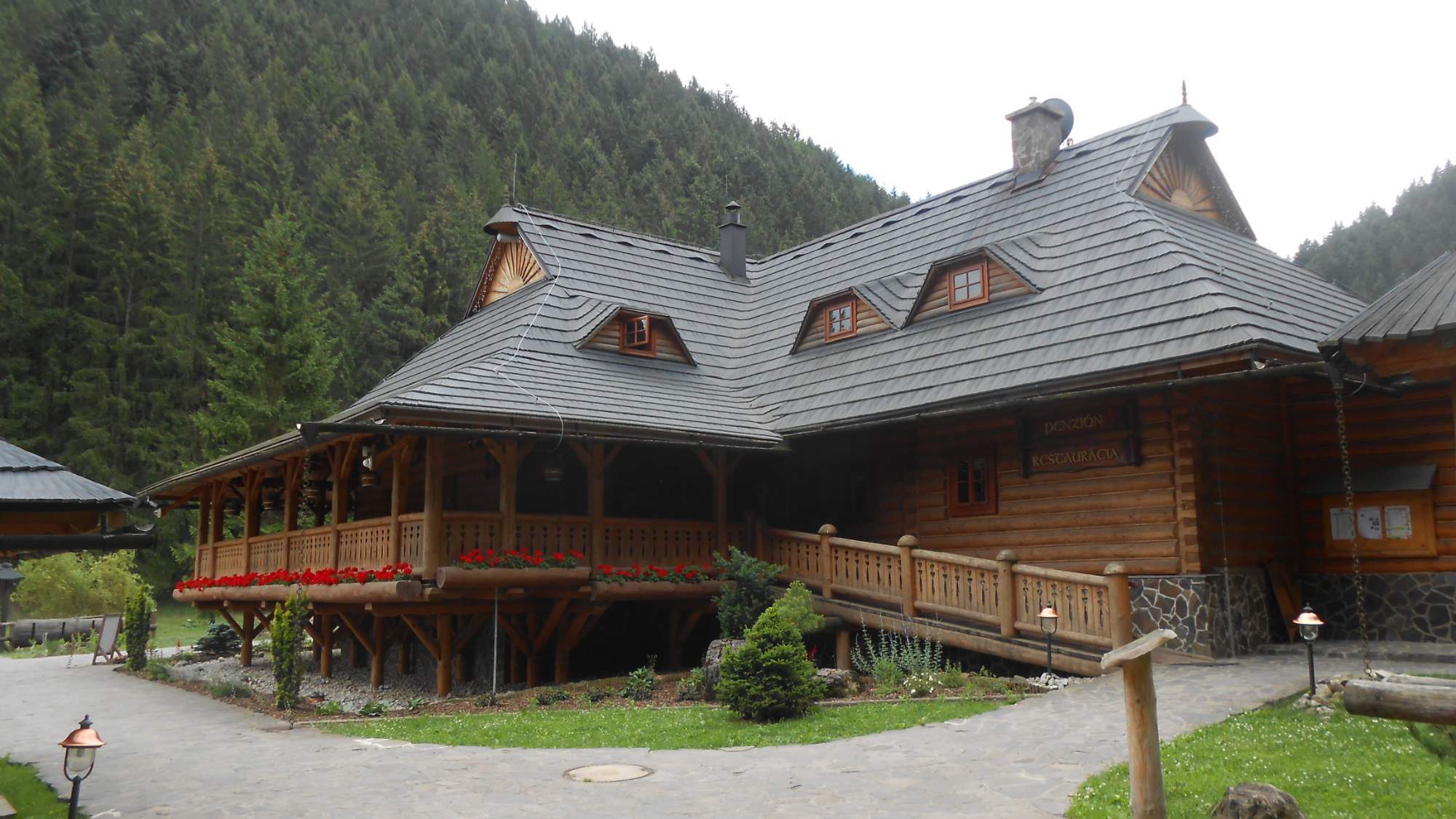 And that was pretty much the end of another nice day. This time, it’s without a map – as I said, my battery ran out early.