Recently, an article in newspaper took my attention. Since 1752 when the queen of Habsburg empire made the decree, lines of trees were planted around the roads. This had several reasons: it helped with orientation, it prevented erosion of the road (which, at that time, differed vastly from what we know now) and it gave at least partial shelter against the elements to those using the road.

During both world wars, these trees by the road were often left to their own fate and lack of care was problem ever since, despite the fact that they could have their own role even today. 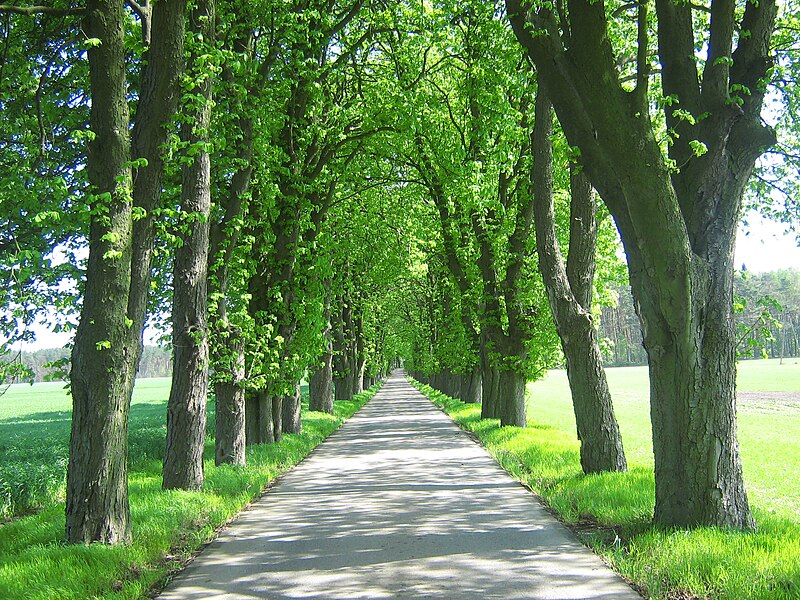 Over the years, climate changes made some trees far too vulnerable. Roads became wider and transport faster. While planting trees right next to the road was good in 18th century, it’s not so good today. Partially because their roots can disrupt asphalt, and because the road itself limits their growth. Partially because crashing into a tree is potentially deadly accident. And lastly, because salting roads during winter is not really healthy for the trees.

Yet, many of the positive aspects still preserve. They can act as partial shelter, disrupting the wind, giving pleasant shade in summer and being important landscaping element. Due to how roads and traffic works these days, those who care for the roads say that the optimal distance from the road is (based on allowed speed) 3 to 7 meters, compared to 1 to 1,5 meters used in 18th century. Yet, the buffer line where the land belongs to state (or district, or whoever owns the road) is usually 3 meters, which means planting the trees would need to be done on private property, if they were to be in safe spot…

There are issues, but it seems that landscaping that worked 250+ years in past can still work well in present time. That is, if the choice of tree respects the conditions.