Third book of the series I am reading now, happening some time (roughly 2 years I believe) after the end of second book. While one might think that getting rid of Warrick and his schemes would bring peace, in lack of large troubles small troubles will go to the front.

This book happens in Horne, the kingdom where Warrick resided and schemed from (and that now has the Rider’s HQ in one of its remote parts). Simon and his mother, crippled by debts, are forced to serve corrupt and greedy lord Bastian and Simon himself is bullied and abused by the lord’s son, Broederick.

Simon’s situation gets slightly better when the town’s blacksmith takes Simon under his care, teaching him not only useful craft, but also the basics of self-defense, which eventually forces Broederick to look for another victim. Unable to let anyone else go through that again, he eventually intercepts him in another rape attempt and after castrating him on the spot, runs away knowing that the corrupt lords would give him little hope for fair trial. 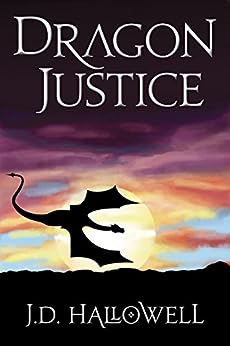 While he manages to escape, he ends up with pretty much nothing in place usually inhabited by roracks and eventually gets to bond with a dragon hatchling in situation where he’d have trouble taking care for himself.

After weeks and months in wilderness, he eventually goes close to a town and on the way, saves a trader from the ambush of thieves, his situation getting slightly better from the reward, but as soon as he is among the people, he faces the harsh contact with reality: Bastian has put up a bounty for his return, high enough that many would be willing to die trying.

As Simon faces coming fools and enemies, the Riders eventually learn of the situation and send some of their own to help and train Simon while also sending others to protect Simon’s mother and the blacksmith from Bastian’s revenge.

Trouble only arise as Horne gets to the edge of revolt with the nobles wanting more power while the King refuses to let any go from his hands and with the roracks rampaging on the borders, it threatens to endanger more than just the greedy pride of nobility. Eventually, the Riders get everyone involved to their headquarters to force a cooperation and find a solution for the trouble, while also bringing justice to Simon’s case – no spoilers for the outcome.

Truth is, I expected the end to get a bit more messy, and the problems of potential civil war spreading to more than just one kingdom. The part where Simon is on the run with his hatchling is similar to book one in some parts, while getting much tougher on him – while Delno was almost 30 with experience with war and some savings for the start of his journey, Simon leaves with just his life and what little he managed to learn in the meantime. Also, it was nice to see some old faces by the end, and Rita is still so over-protective of anyone underage, not just the three kids she adopted by the end of second book.