By the end of the second book, the traitor was defeated and taken away, and so Endric sets out to discover his origins. While for many that would mean respite, not so much for Endric. Even reaching the Anthrilli is dangerous and outright deadly trip as it means crossing the mountains inhabited by threats few can see and even fewer can fight. Endric tries his best, but eventually gets beaten and wakes up where he wanted to be, but not in the condition he’d like.

He expected that he would be welcome and easily told what he’d like to know, instead he’s considered the son of a traitor. Again, he knews nothing about why is that, and that it complicated what he wanted to learn about his ancestry.

Eventually, to increase his chances, Endric takes the punishment that was supposed to be for his father. Penance that was to be almost impossible even to his father, but that’s something he does not know when making the decision.

Sent into the mountains completely naked, he’s expected to fight enemies many doubt he can see, while having no weapon or clothing, and the first days are pure struggle for surviving in the harsh cold. Endric does not give up and once again proves that nothing is impossible, but I’ll not spoil the details. I’ll only say that there will be revelations about the monsters, the anthrilli, the merahl that hunt with them and of course teralin. 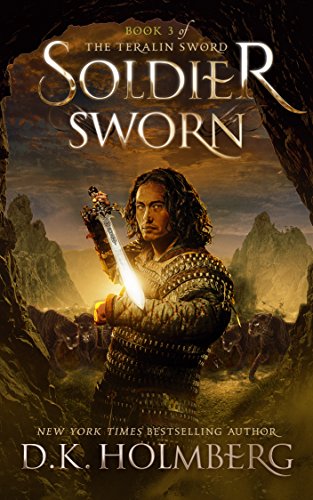 Note: there’s quite low amount of ratings on booth Goodreads and Amazon, but the book’s out for a month, so I guess that’s expected. Again, if there’s anything to say how gripped I was, it’s the fact I needed only two days, of which I spent the second one hiking in rain, to read this book. Eagerly awaiting the fourth book.
Also, merahl cubs. Savage, cute kitties.