One month after my return from Slovakia, another trip happened, this time for five days. Needing to cross pretty much half of Poland’s width, the bus journey was quite lengthy and the weather, in the fist part, did not help it much. I spent the first part in power saving mode, interrupted by a stop somewhere behind Krakow.

When we were moving again, I picked up my kindle and started reading, something that kept me occupied through the long journey. Shortly after that break, we left the highway and road quality kept gradually decreasing until we reached the Bieszczady mountains in the south-east corned of Poland. The first hike started in quite late time 13:15 and the plan was some 16 km.

The final approach was along the way of narrow-gauge (750 mm) railway, and since making two bridges might be redundant and these trains are operating only in summer and probably at long intervals just as tourist attraction, the trail used the railway’s bridge to cross a river, right after start. 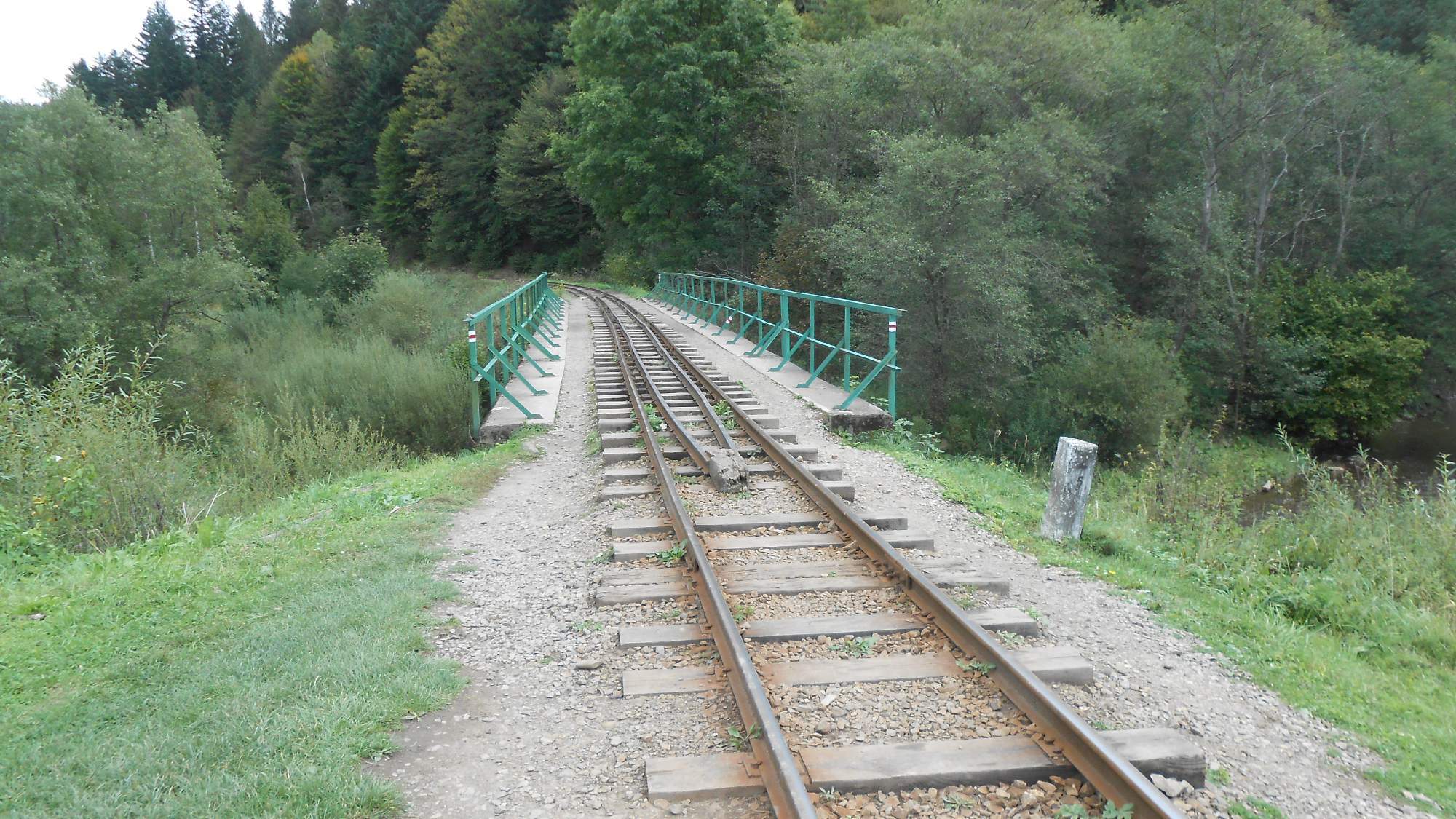 As the night before was rainy, the path started a bit muddy and ascended sharply, soon reaching higher elevation. The biggest difference from most other mountains is the lack of spruces and the forests are instead dominated by beeches, often abruptly transitioning to grasslands in elevation typical for shrub pines in nearby mountains.

Autumn comes, at least for that one tree

For that very reason, the hike was very pleasant in the early autumn, when some of the trees are still green while others are slowly getting their autumn garb. 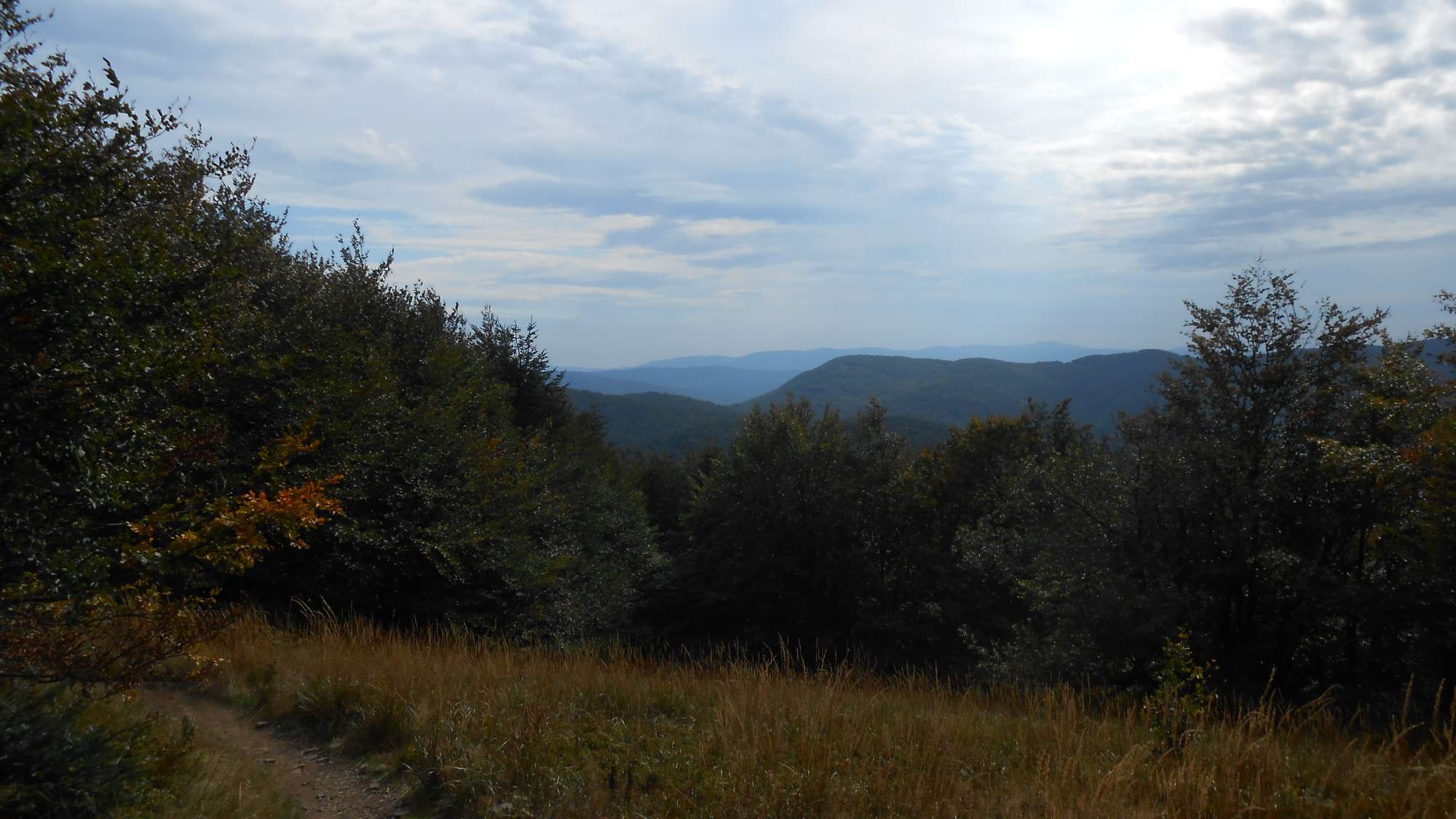 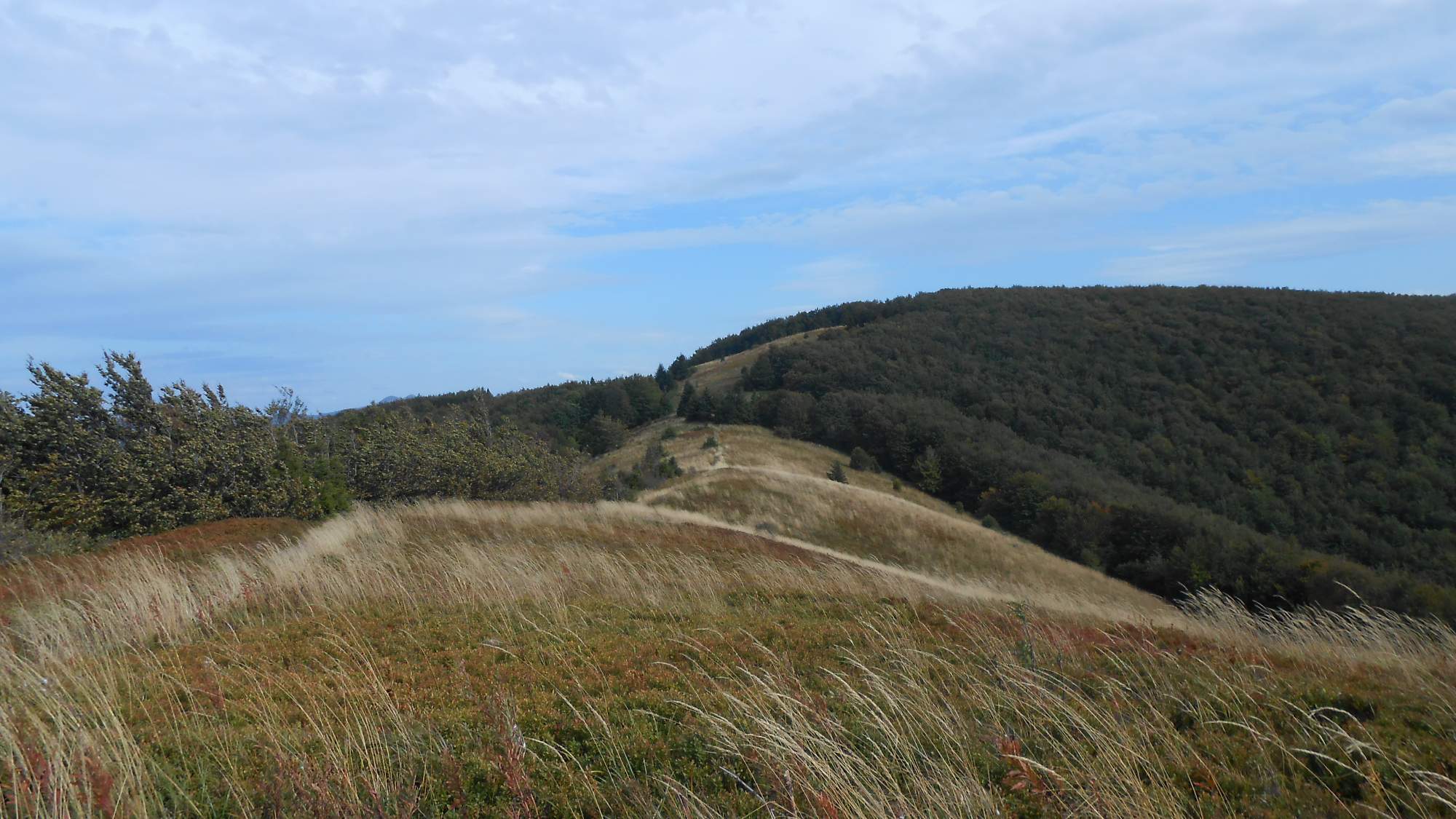 One of the clearings

When getting high enough, the peaks themselves were mostly small clearings with the surrounding being forested. The highest peak of the day, Jasło, had slightly larger clearing there, but was the only one for the day. The following peaks were again lower and so one was with very small clearing and the following ones were fully forested.

Eventually, the hike came to an when closing to the village of Smerek and the fields allowed some sights towards the mountains that were planned for the third day. 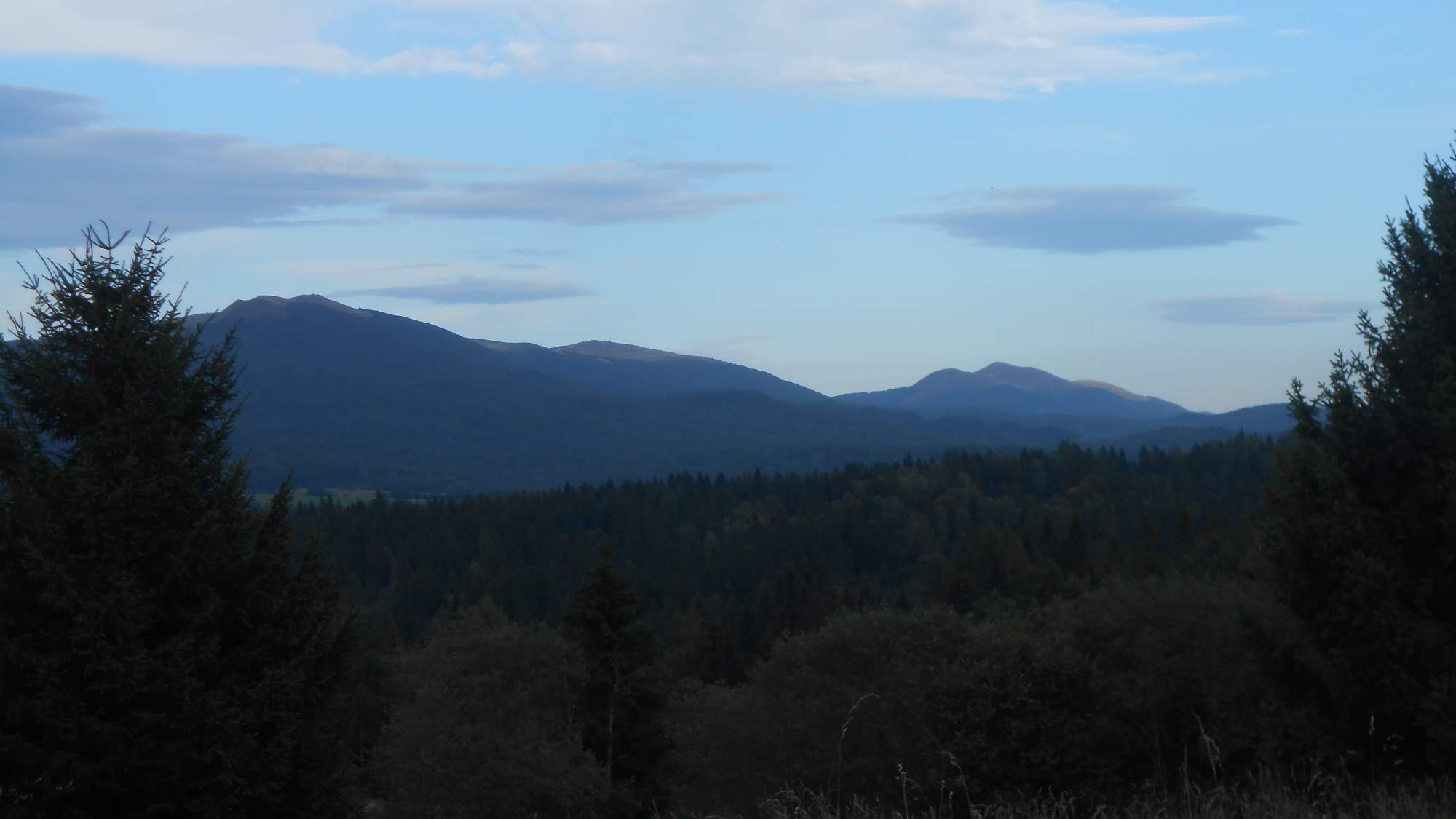 Early evening in the hills

When everyone was around, we boarded the bus again, heading for the hotel. I tried to read a bit more, but eventually the hills prevented me from seeing anything and I gave up. By the way, I posted my thoughts about the book I was reading in my previous post.

Unlike the Slovakian 8-day holidays, I made the GPS logs into a single map. First day is yellow.