With the seven days in Západné Tatry gone, it was time for the short epilogue, the two limestone valleys that are part of ‘Chočské vrchy’ mountain range. It was to be half-day hike so the other half would be for the return journey. After the farewell given by hotel staff, the bus took us to the lower end of the first valley. 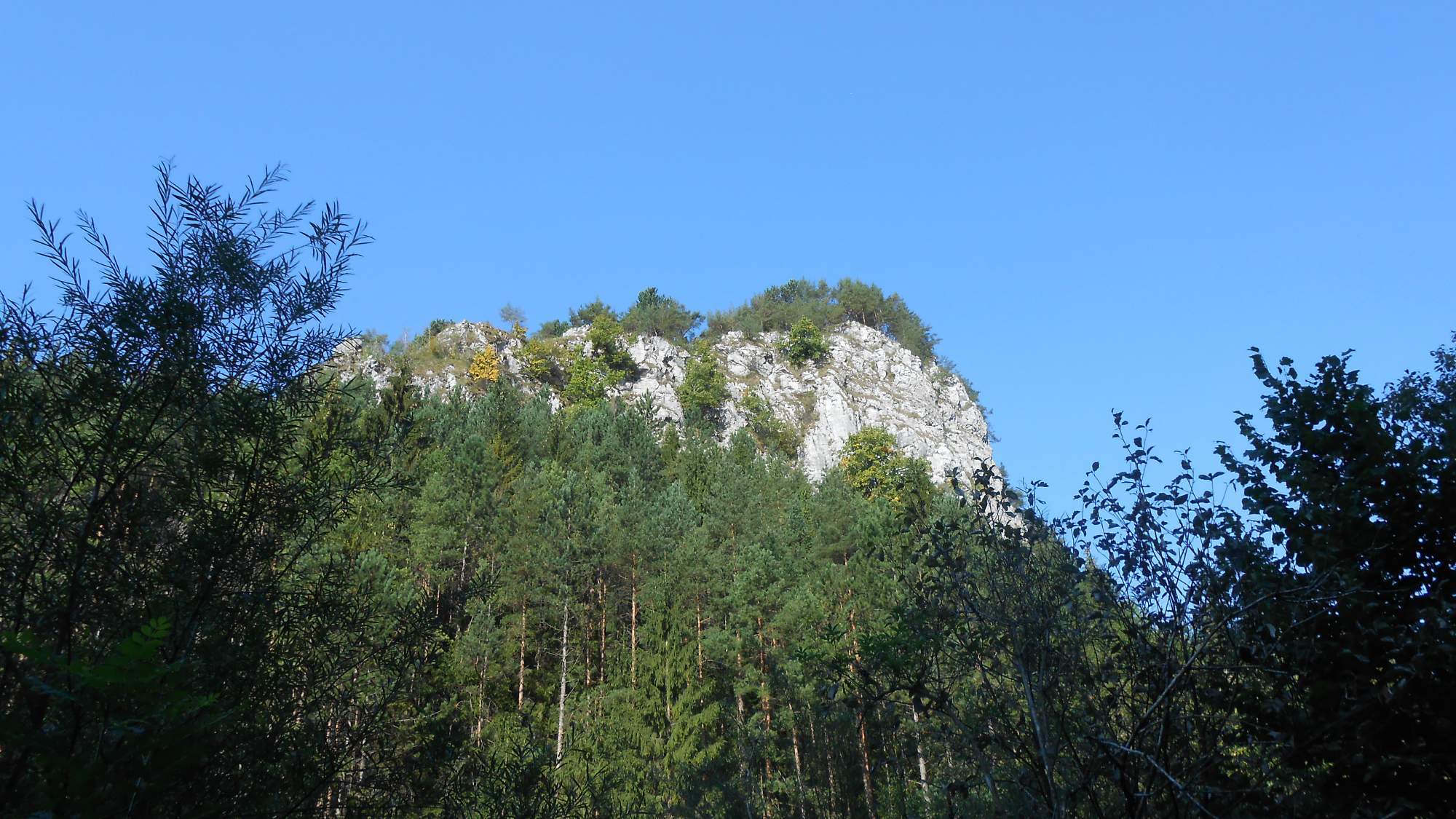 Rocks above the valley

Now, the harsh truth is that I was walking in very weird way for the beginning. The pain from end of previous day did not recede much, and despite having enough strength left, it was more about resolve. It seemed that I would hobble through the last day. Considering the valley was to be sightseeing trail, it was not a big deal.

The dry weather of the last day helped us – the valley is impassable in spring after the snow melts as the trail passes right through the stream at some points. The brook is very weather-sensitive, meaning that this time in that specific branch, there wasn’t even a drop. 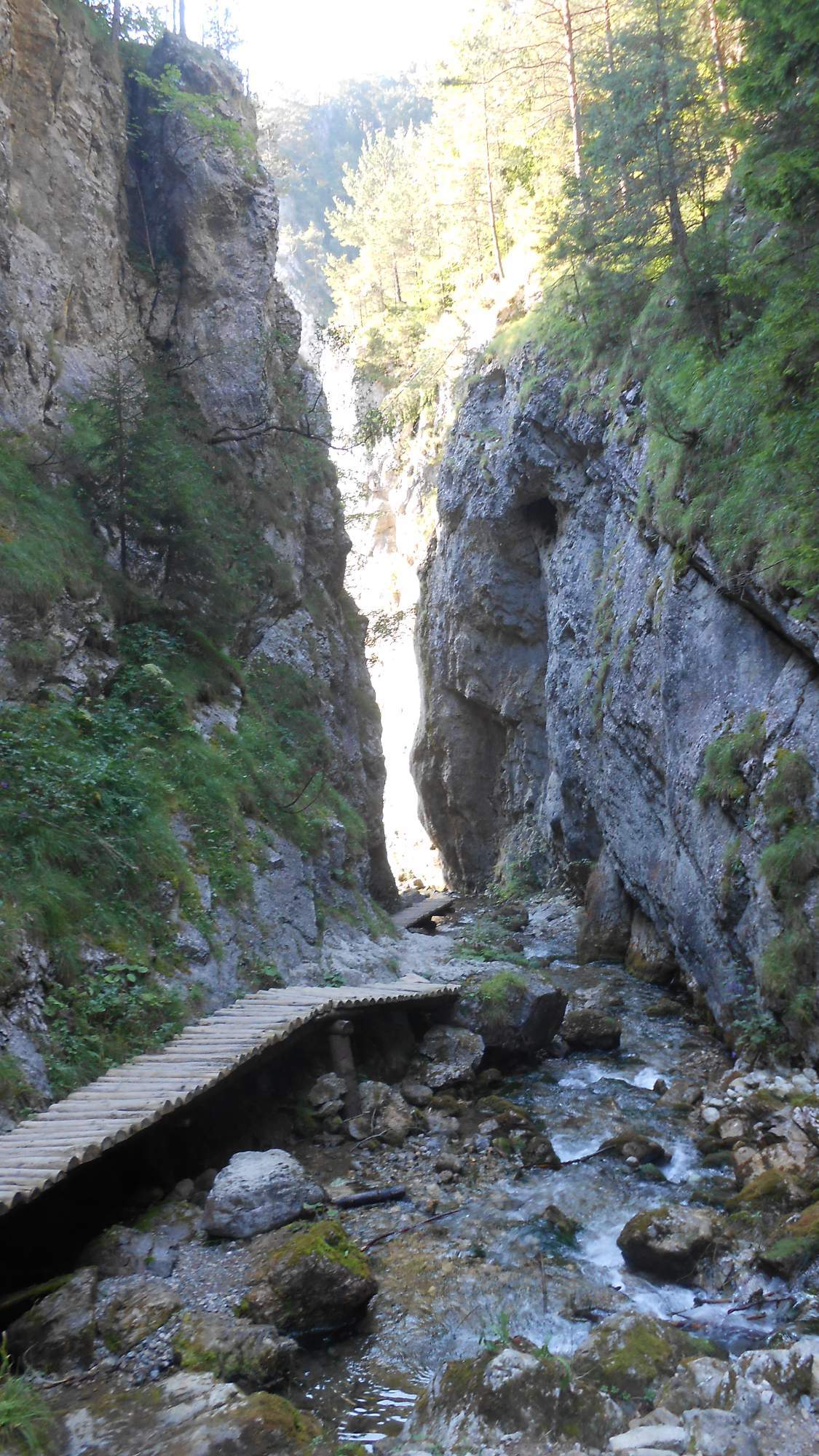 The ‘Prisoecká dolina’ valley itself

But before we even got to that point, we walked between limestone rocks, just above the water, sometimes again with the help of chains, even though this time (for now) not to help us gain altitude, instead providing stability on the potentially smooth rocks. Fortunately, the irregular steps needed for this path made my legs behave and the pain was gone. Maybe my legs just hated normal paths or asphalt? 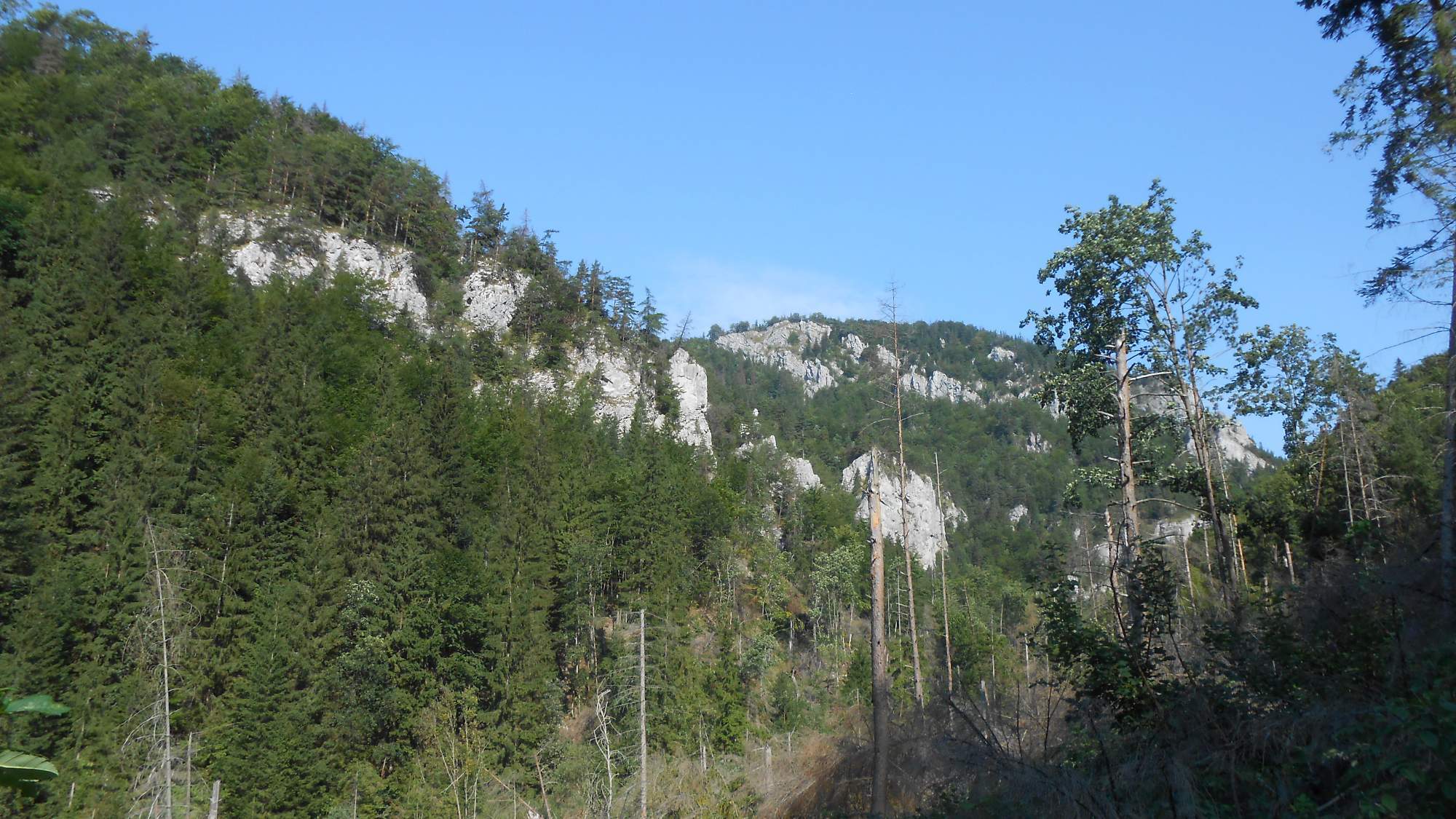 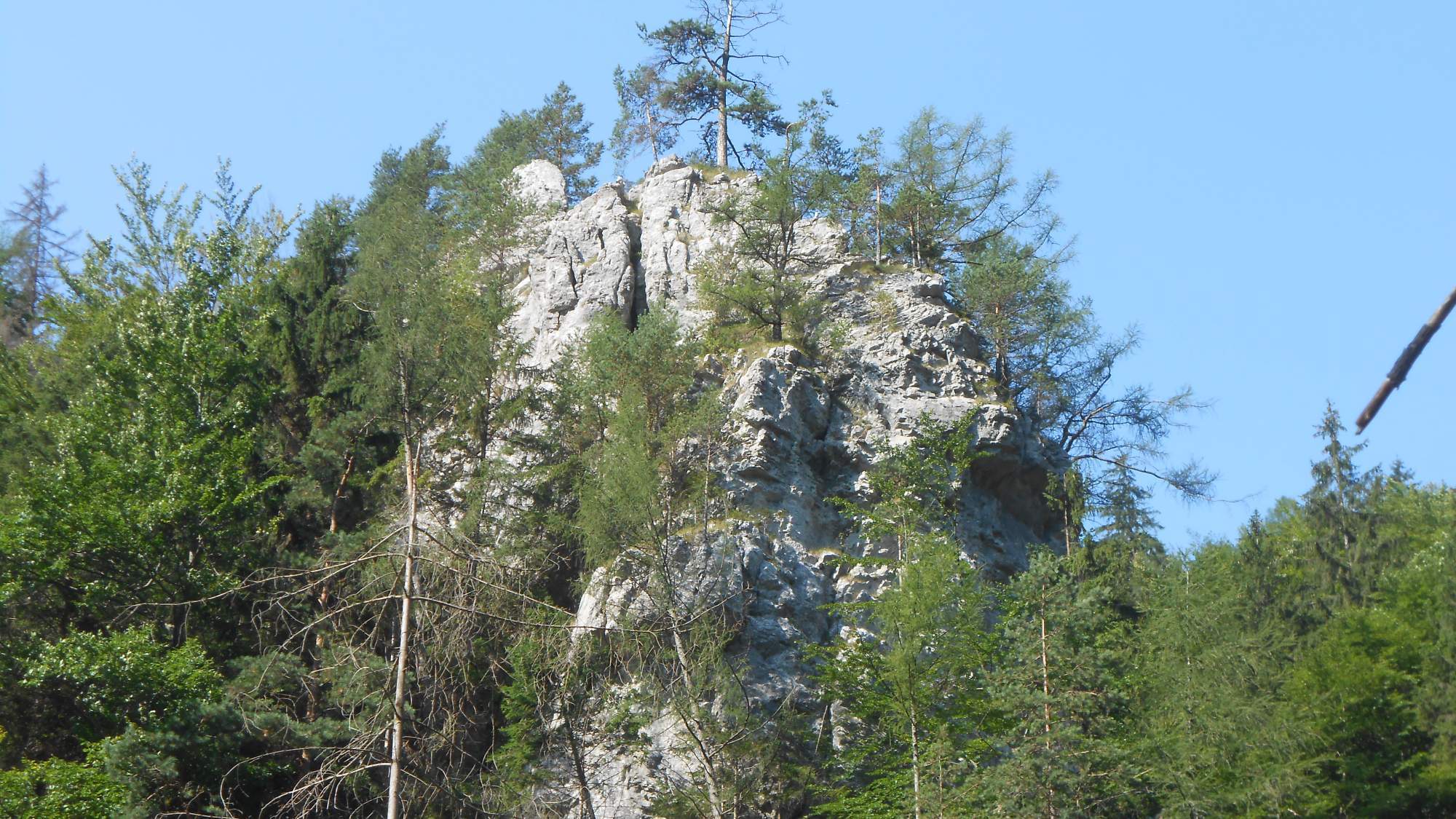 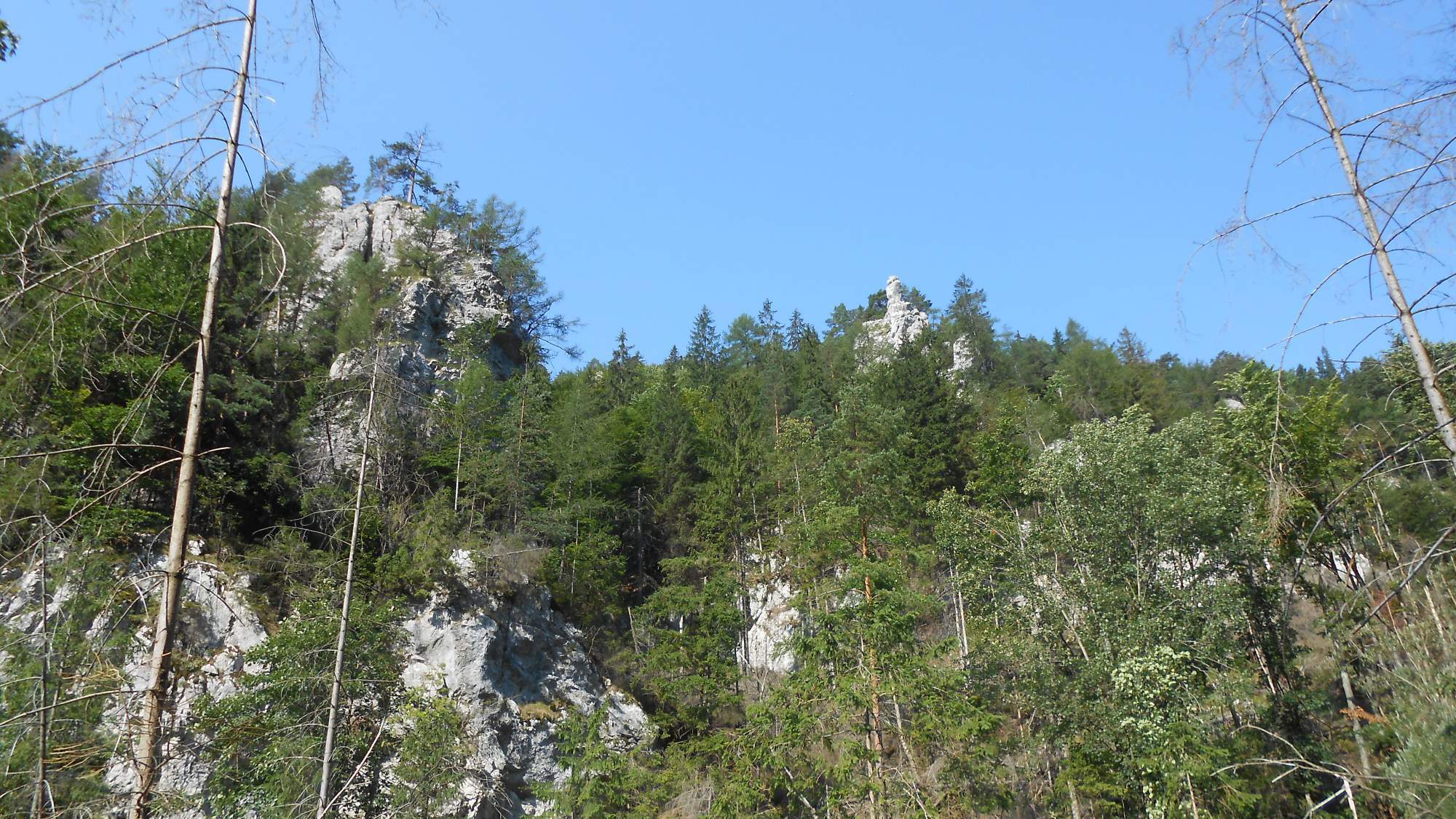 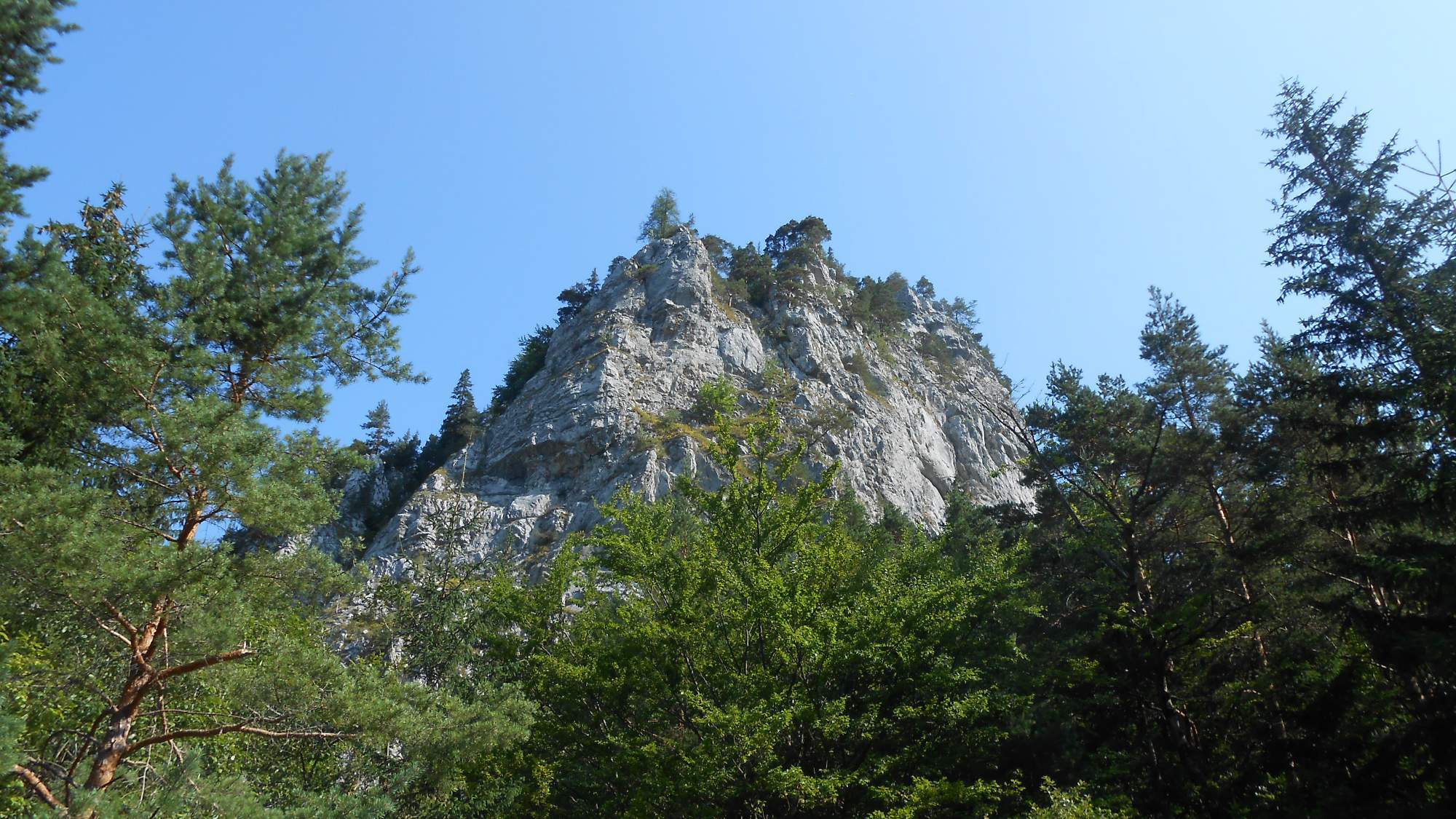 More or less closed passages took turns in being the scenery. We eventually reached the steepest place, one that would be very dangerous if there was a lot of water. With help of several steel ladders, the sharp ascension was done quite fast and we were mostly above the valley. 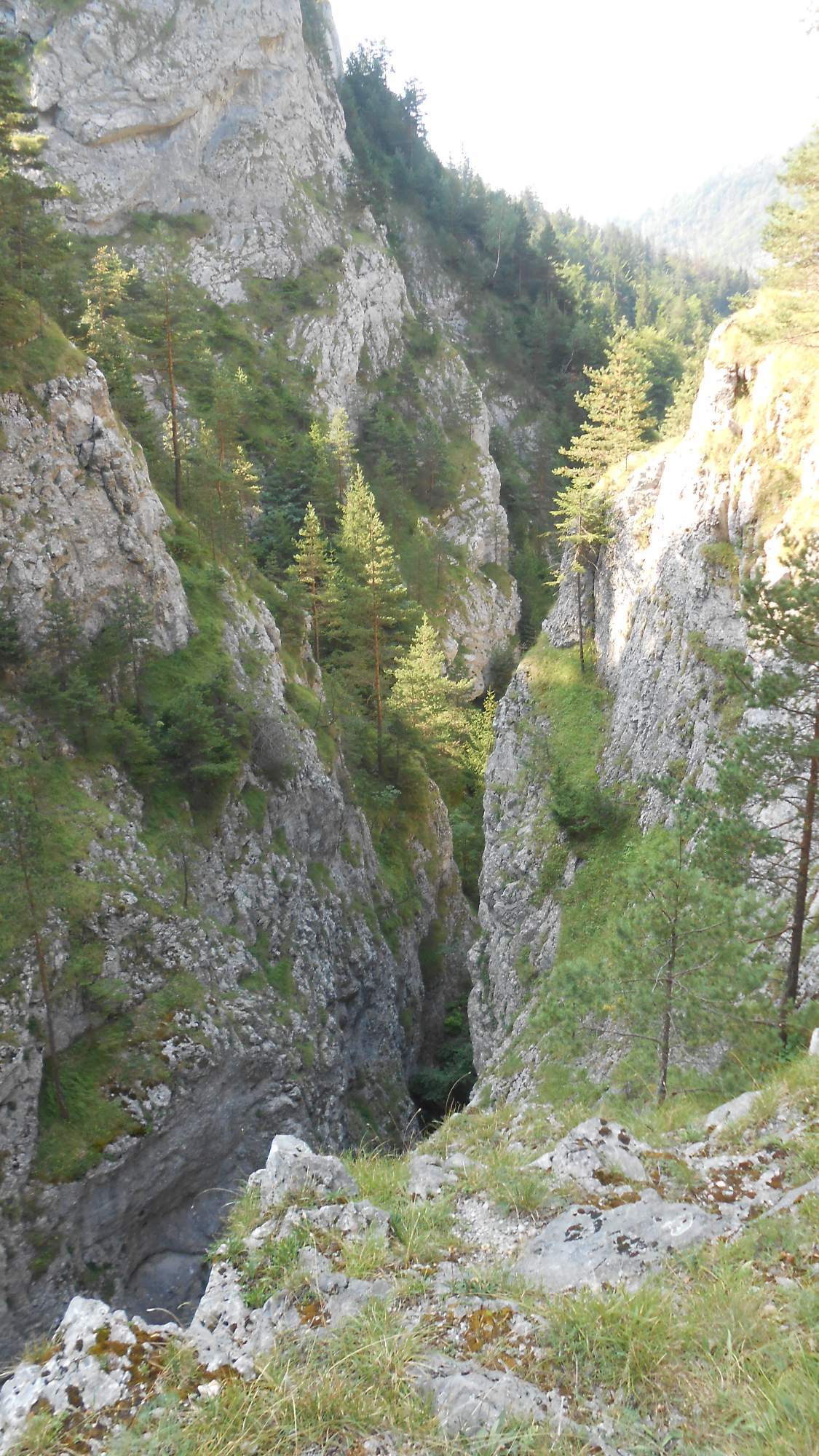 Look at the closest place (ascended through)

Then we reached a small place with branching path to a waterfall that I did not even go to – the lack of water here was good proof that there will be nothing in the waterfall itself, as we were told. A bit later, we reached crossing of paths, where one going through the forests above was closed because of fallen trees. We continued behind the hills, slowly descending towards the second valley.

Then, after going upwards for a while, we walked above the second valley, on forested paths with lookouts that were nothing for people afraid of heights. The valley’s bottom was quite some distance below. 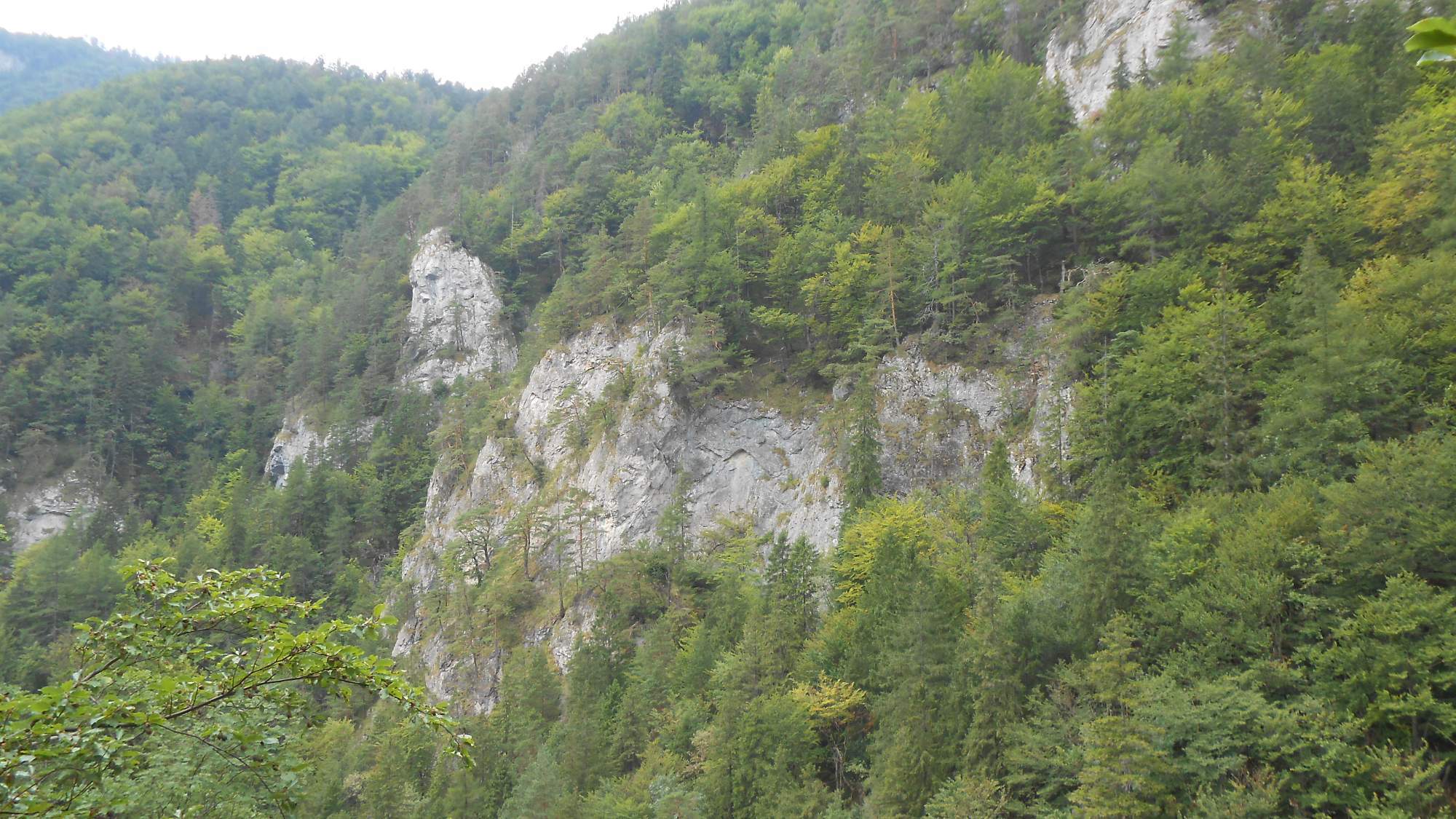 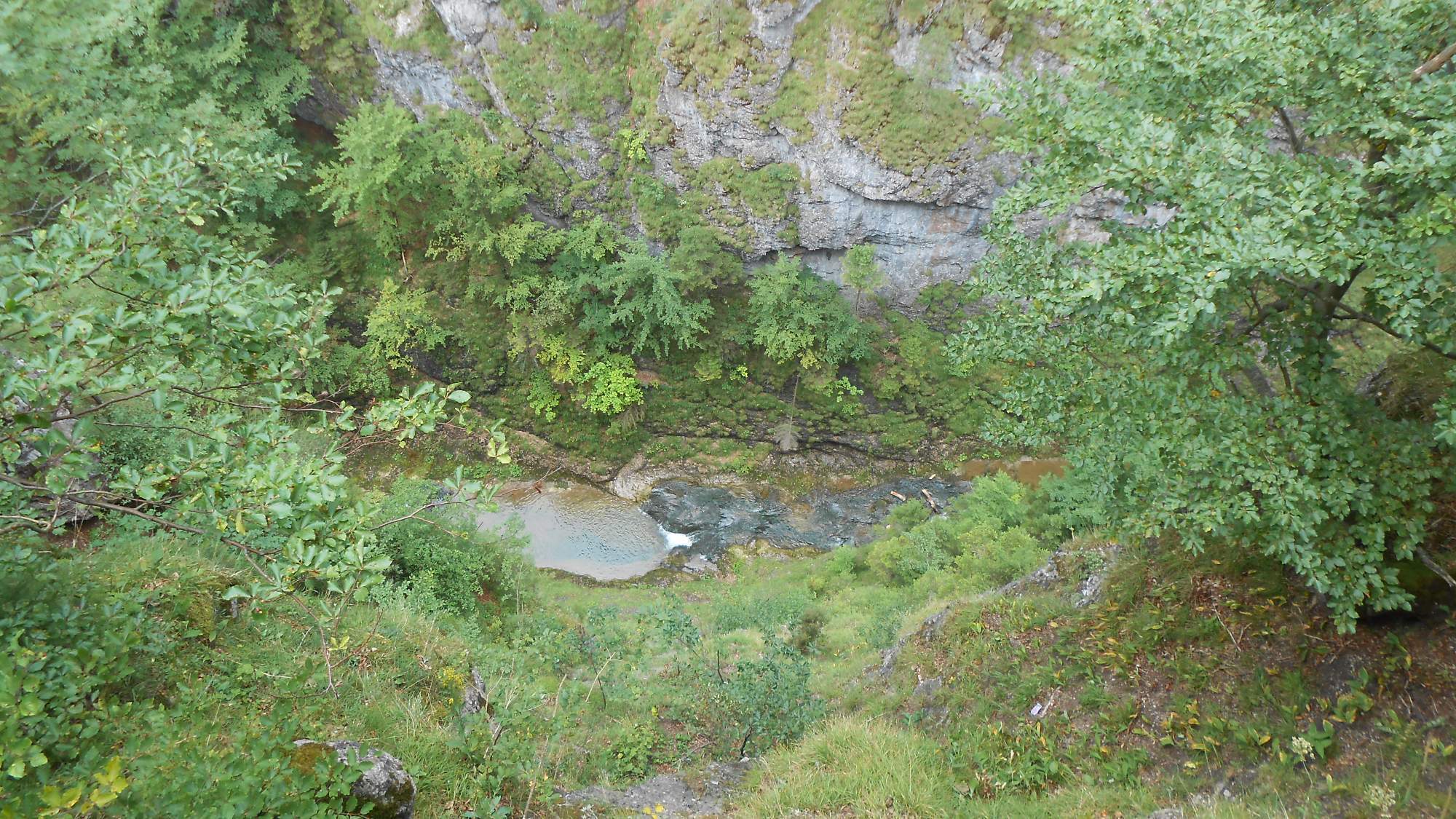 The path slowly descended, keeping the same feeling. Eventually we reached the parking spot at the end of second valley. The holiday was almost over, with slightly less than 2 hours until departure. I spent some of it reading, finishing the book in the bus.

Google map (slight distortion at one point due to bad signal):