Two weeks passed and so I am back with another hiking post. This time, I was going towards a place that is known more by the ski resort near the main peak but aside from that, it’s really calm place with quite a low amount of people there. As it tends to be, that’s mostly because it’s hard to reach.

The strangest part for me was actually happening the day before – I am used that when the trip is to Slovakia, the bus departs at 5:10. Hence, I had my alarm prepared for 4:10 and if I did not check it, I would spend an extra hour at the bus stop. Yep, moved to 6:10. Made sense because the place is close but it felt… strange. 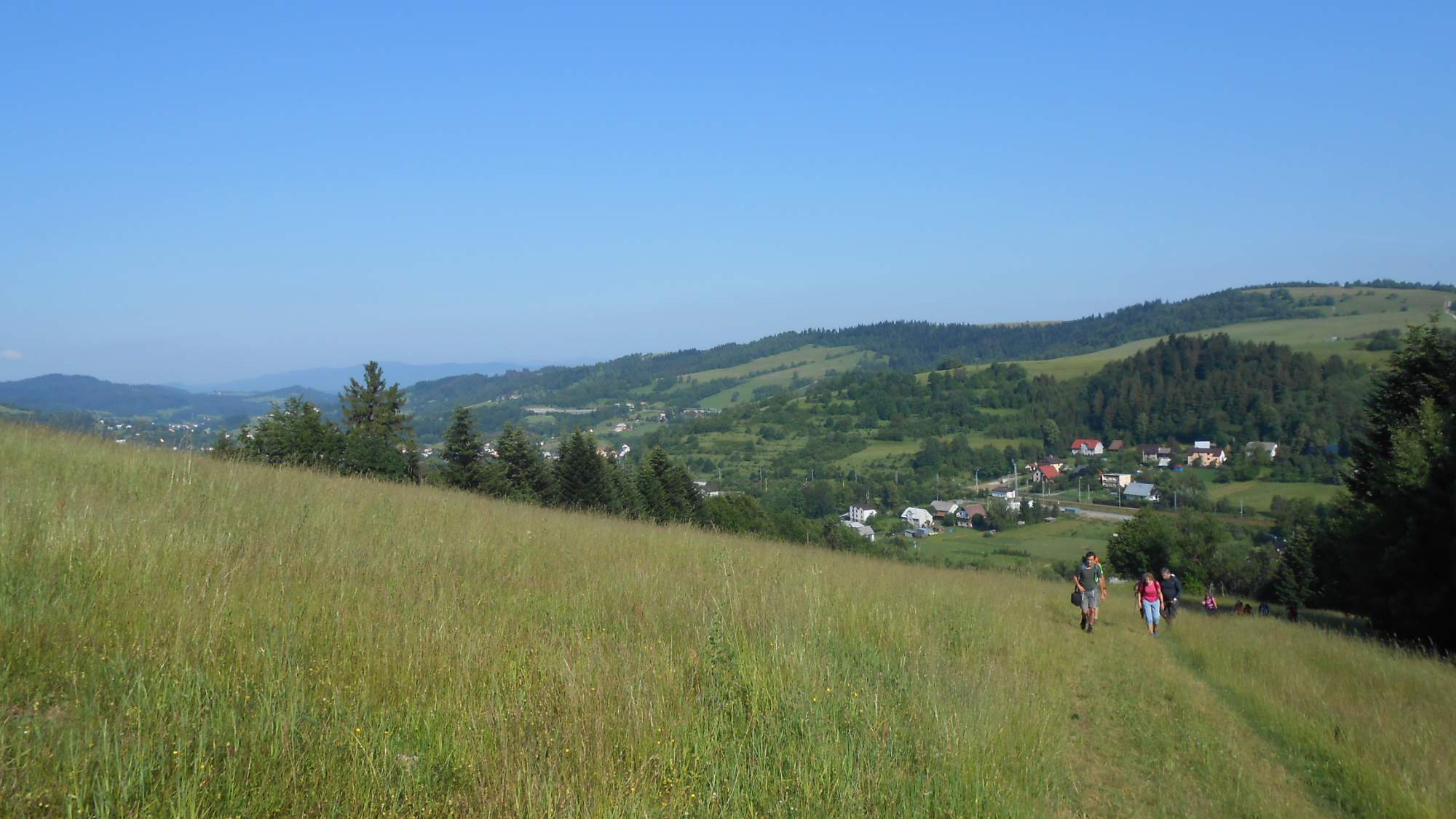 Unlike the previous hike two weeks ago, the day actually began with a lot of sunlight and due to the later departure, I was actually woken by it. Anyway, to the hike itself: we were dropped on the Slovakian side of SK-PL border, which we’d follow more or less for the next almost fifteen kilometers. We first walked up a field (that serves as a ski slope in winter) to get to the actual border, giving us a few lookout chances.

Then, the trail led mostly by a mixture of forests and fields, with more forests than fields. Due to the really warm late spring, wild strawberries were growing in large amounts and often slowing my progress and were so many that I could just pick the sweetest ones. 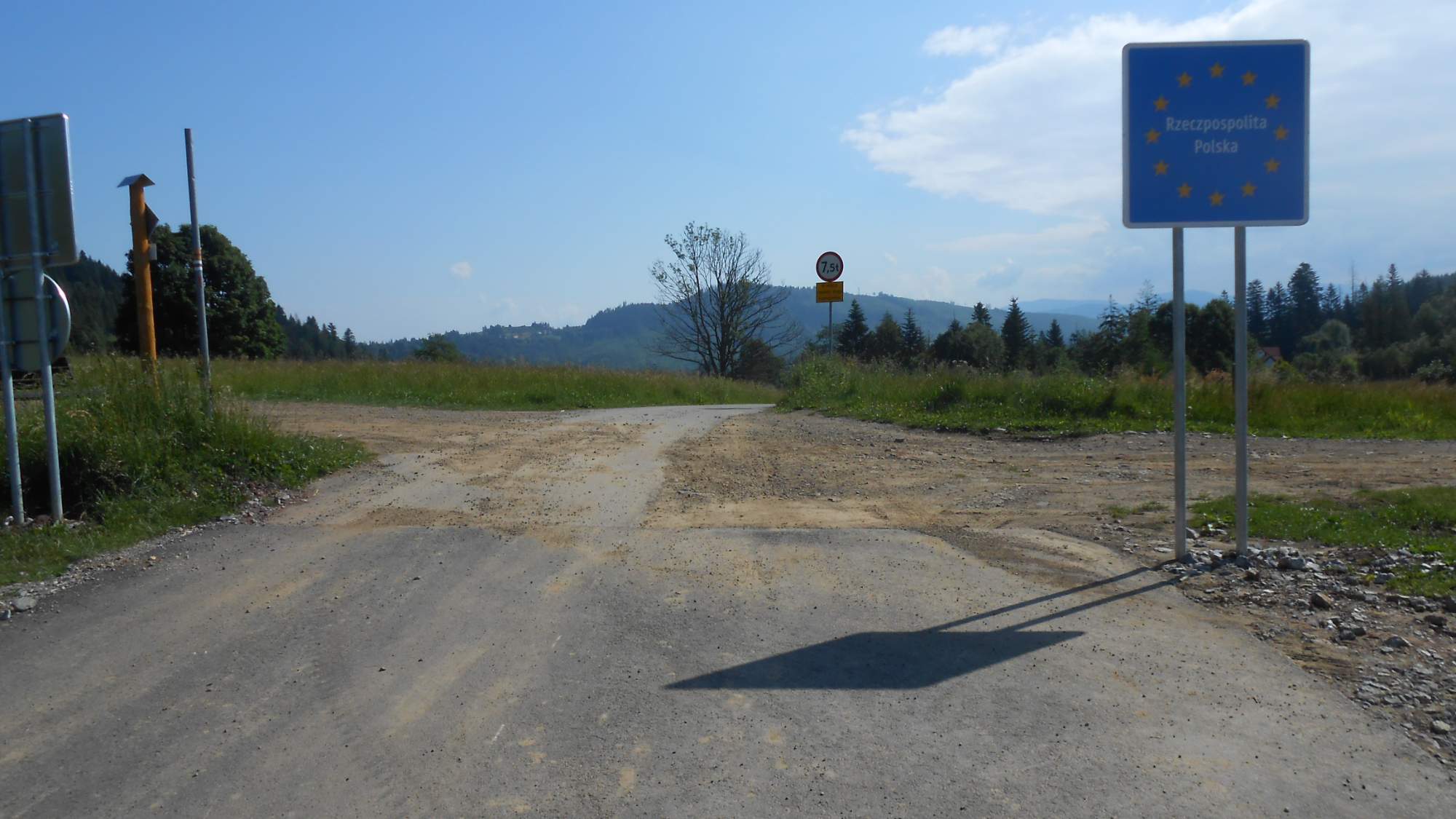 We then reached a place that was looking slightly funny: the road reaching from Polish side of the border being in an awful state while from the Slovakian side it was in better condition than many of the main roads. It made me wonder why would they repair a road ending on a pass in the middle of nowhere. 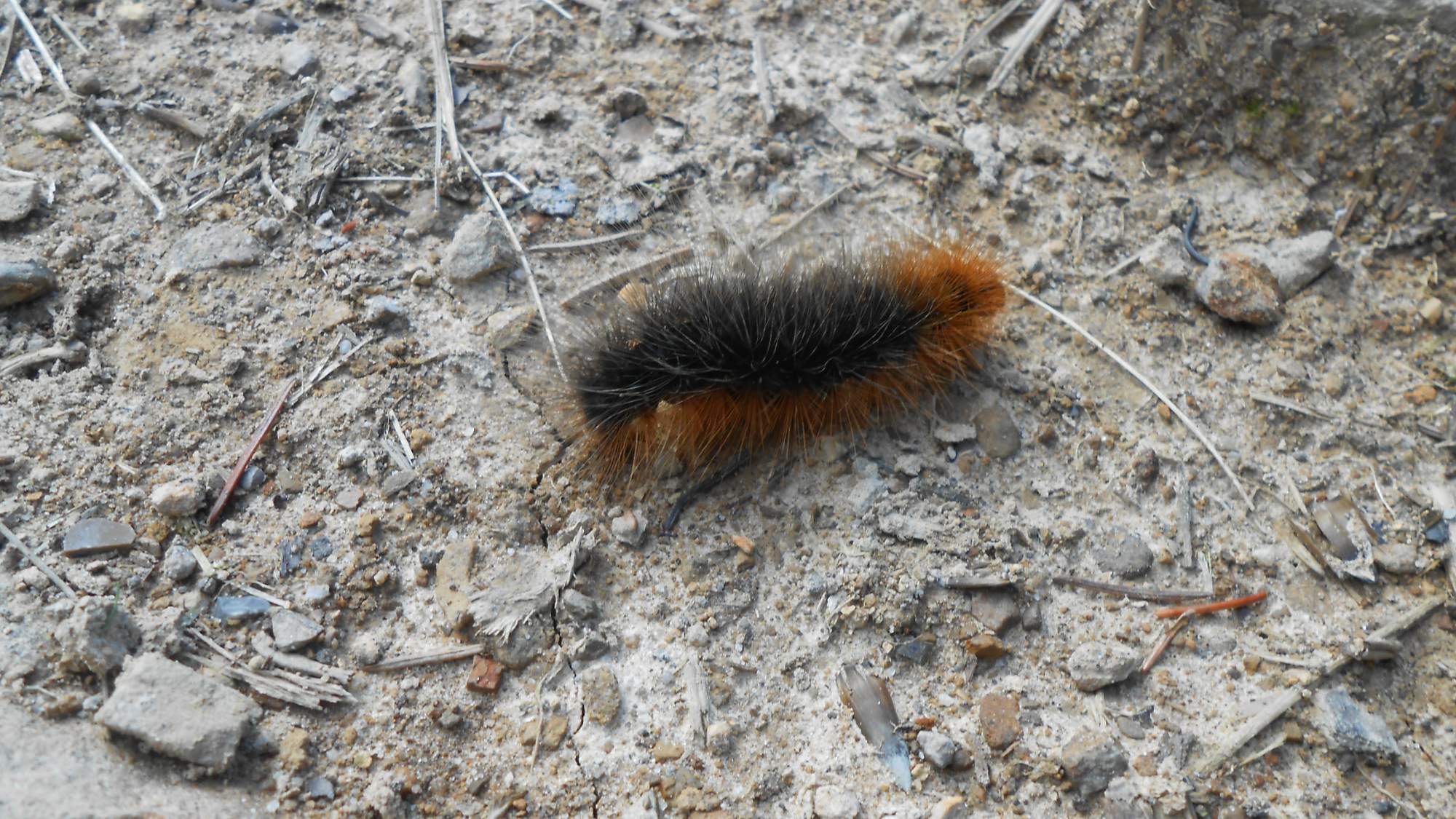 Also, I saw this extra-hairy piece of wildlife, just above the pass. Then it was mostly through the woods again until we reached the first larger peak. It was during this part that the thirteen-or-so of us were torn apart from a group to individuals or pairs. There was a total of 38 (or so) of us split into pretty much equal thirds choosing different variants of the hike (I, of course, taking the longest one). 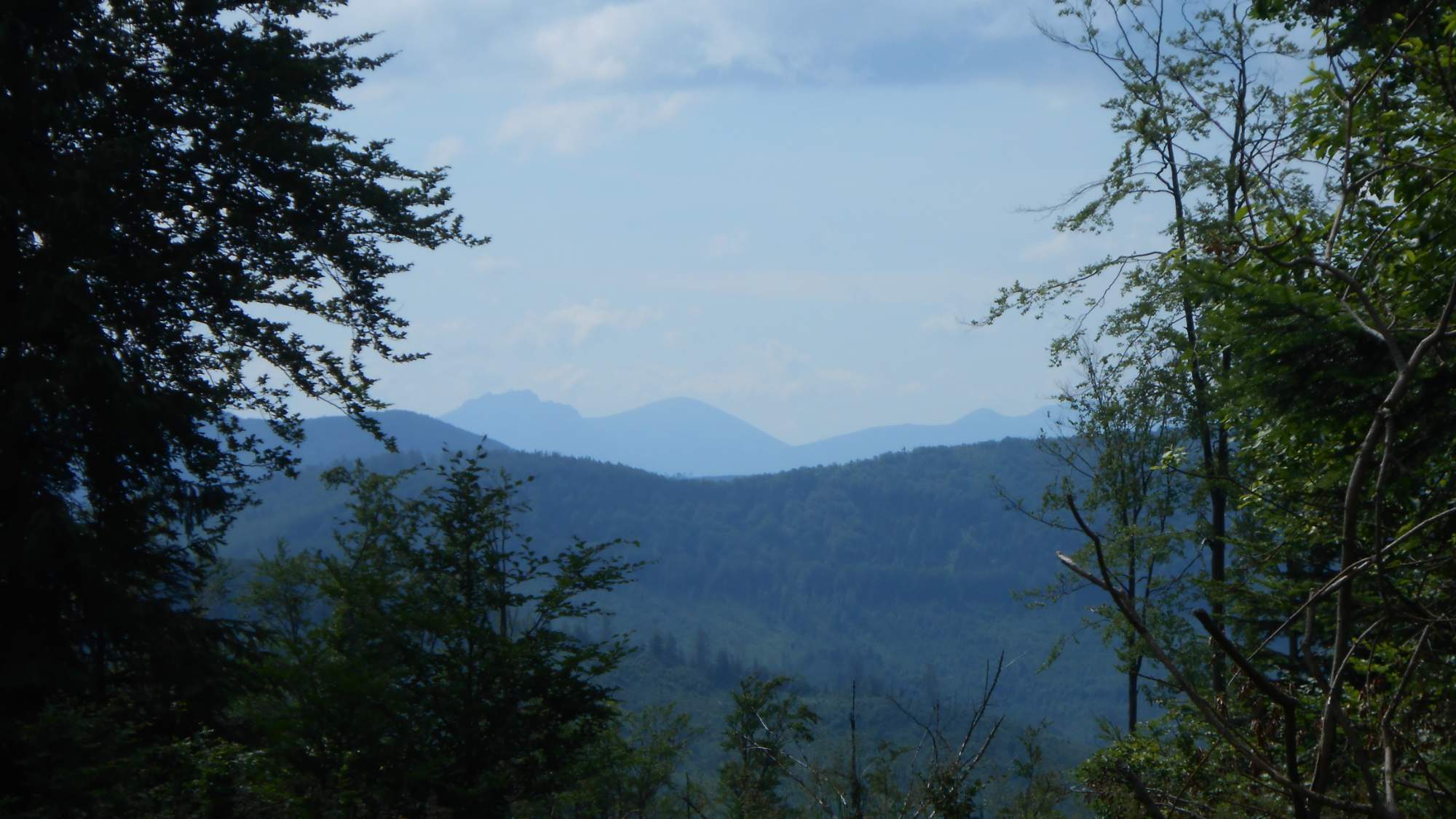 By the time the last reached the peak, I had enough of standing around – mostly because my sweat-soaked shirt started to feel cold now that I am not on move. The main peak was, by my map time, some two hours of a walk ahead. 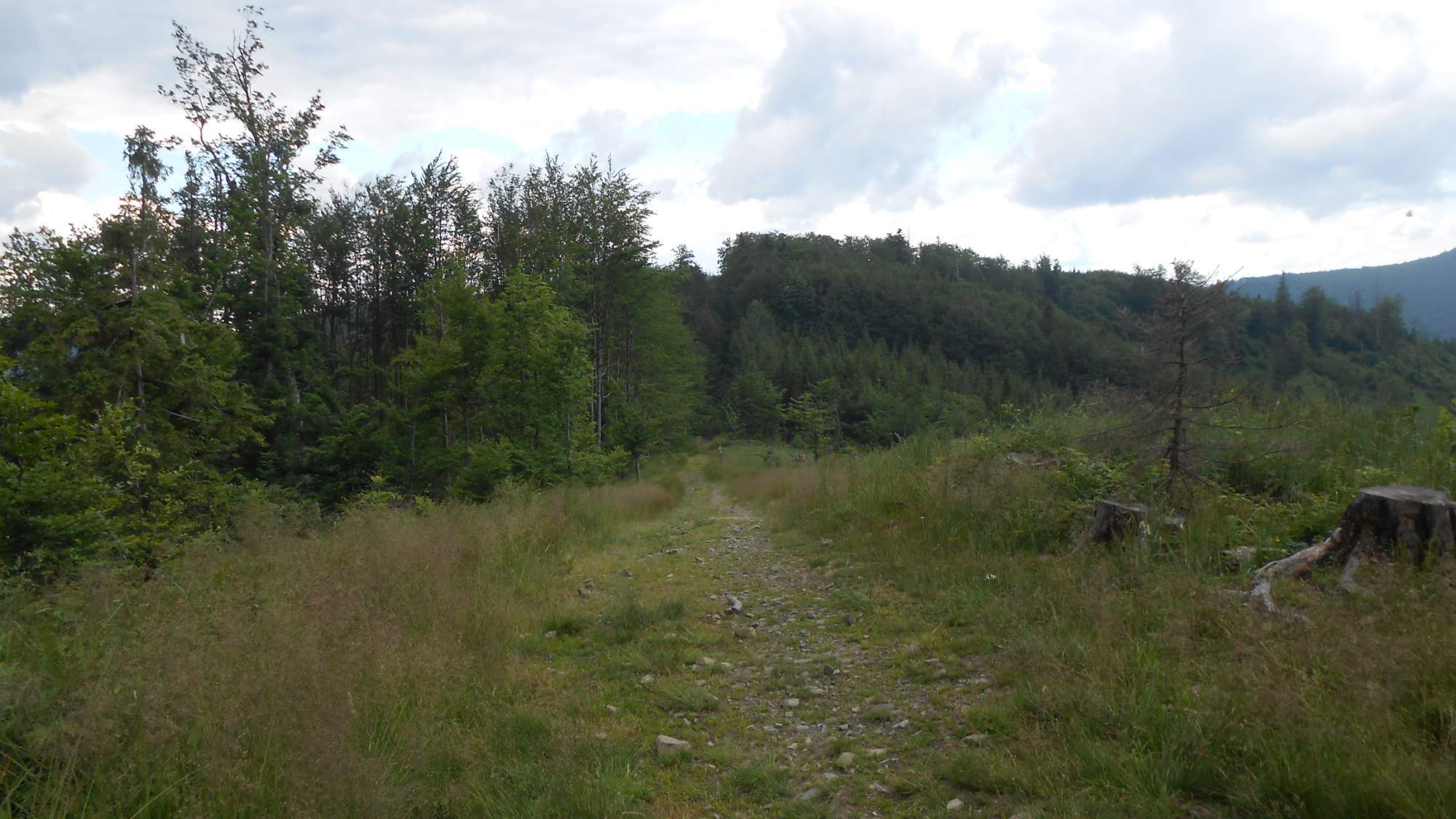 The trail got wilder, still going mostly through forests with some overgrowing clearings and I quite enjoyed the solitude. 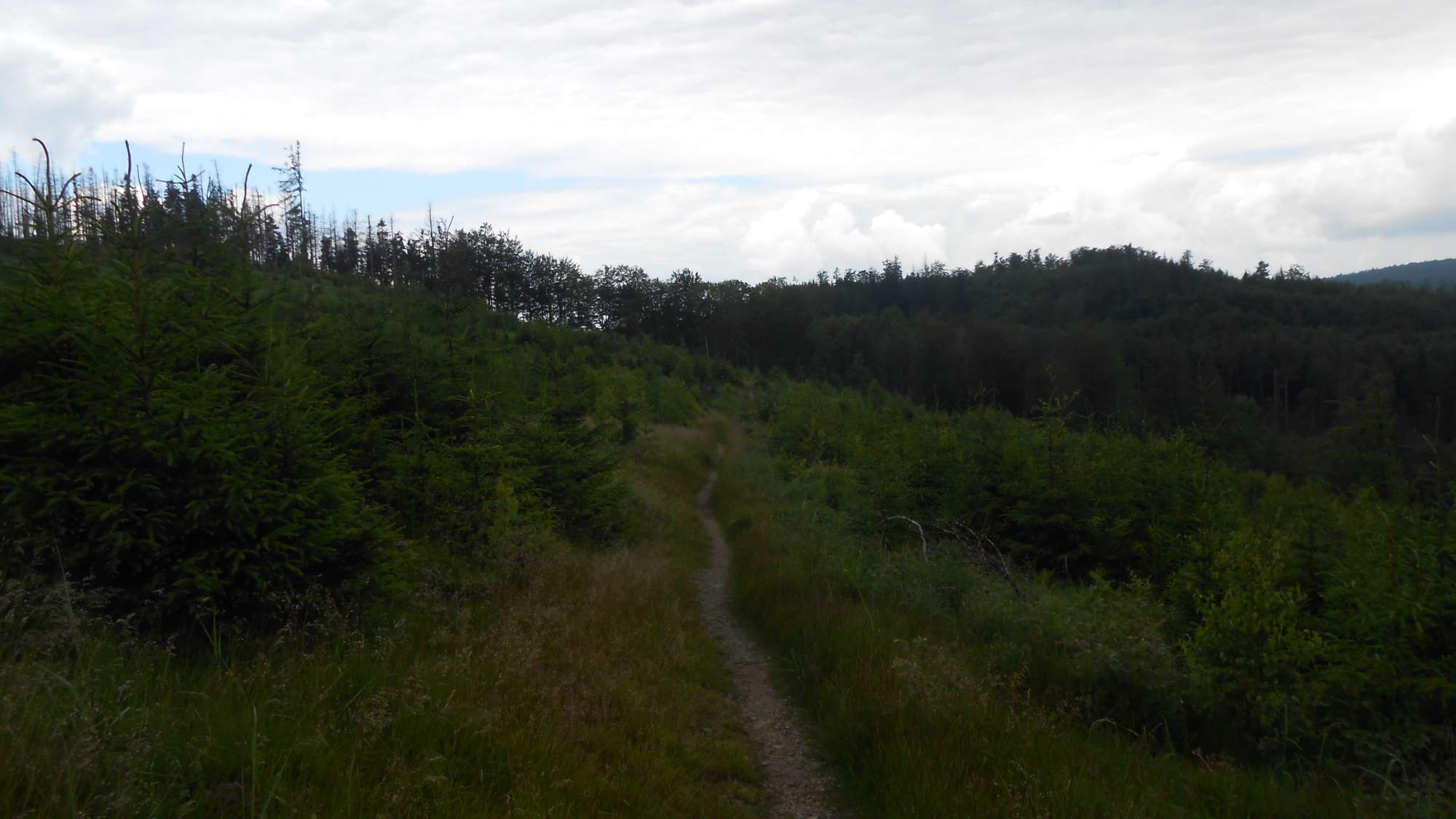 It also started getting cloudy, making me think about the chances I won’t avoid rain again. The good part was that my boots were fixed since the last time so I would not need to be so careful, but still, rain is a bit uncomfortable when hiking anytime.

I eventually kept close to my usual habit of reaching the main place of a hike around noon, reaching the peak ‘Vel’ká Rača’ at 11:50, almost 25 minutes ahead of first ‘pursuer’ and waiting for most of them, leading to an hour-long break where I looked around and rested a bit.

While it did not come to rain, the conditions were far from perfect with the cold wind, dark skies, and not-so-great visibility; thus denying me the chance to make really nice photos of the mountains I could see. 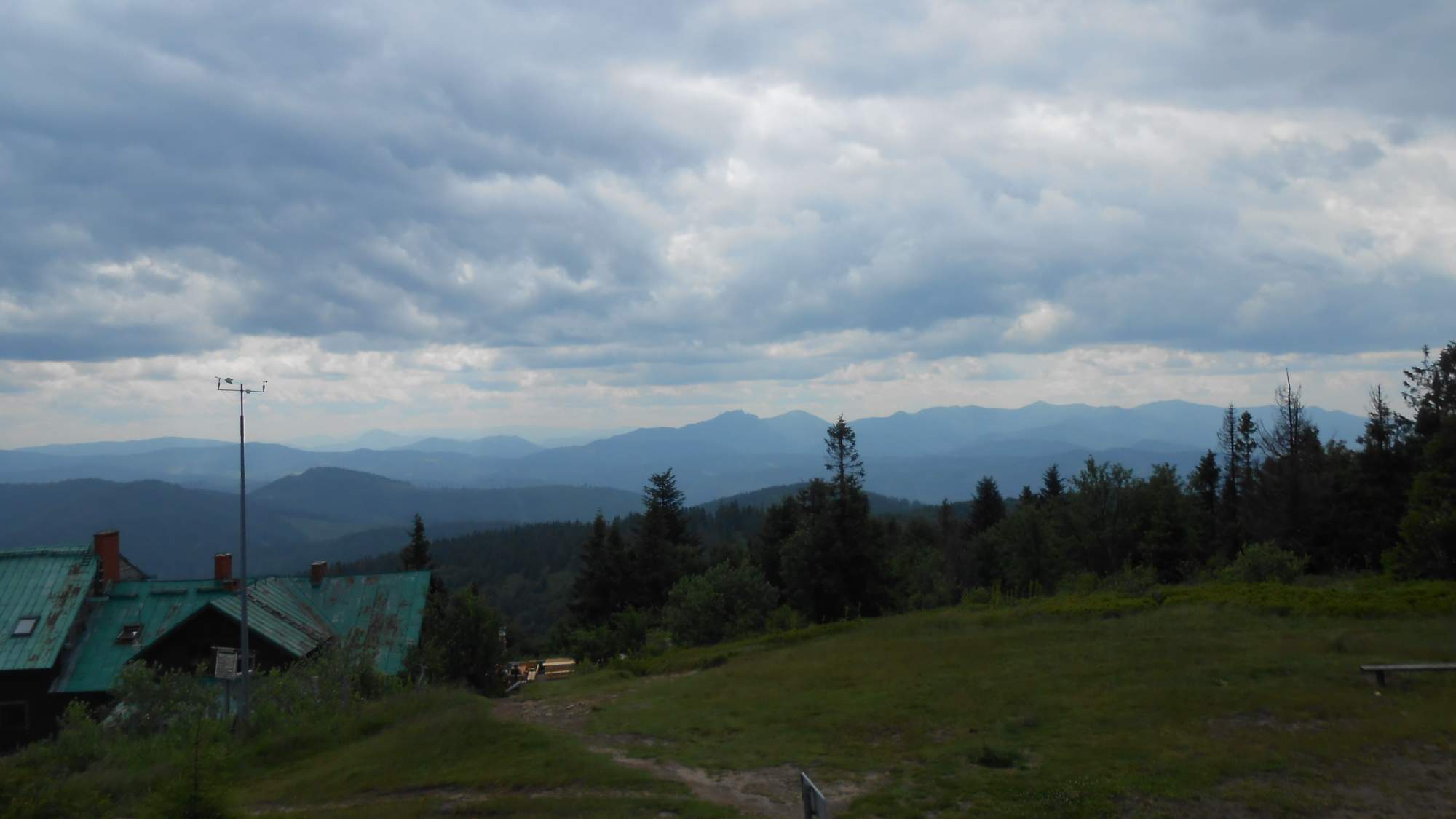 Eventually, I left the peak alone again as most wanted a longer break while I just dislike cooling down; my approach when hiking is to go and keep going until you reach the end. On my own, I usually make breaks that are 10-15 minutes maximum. 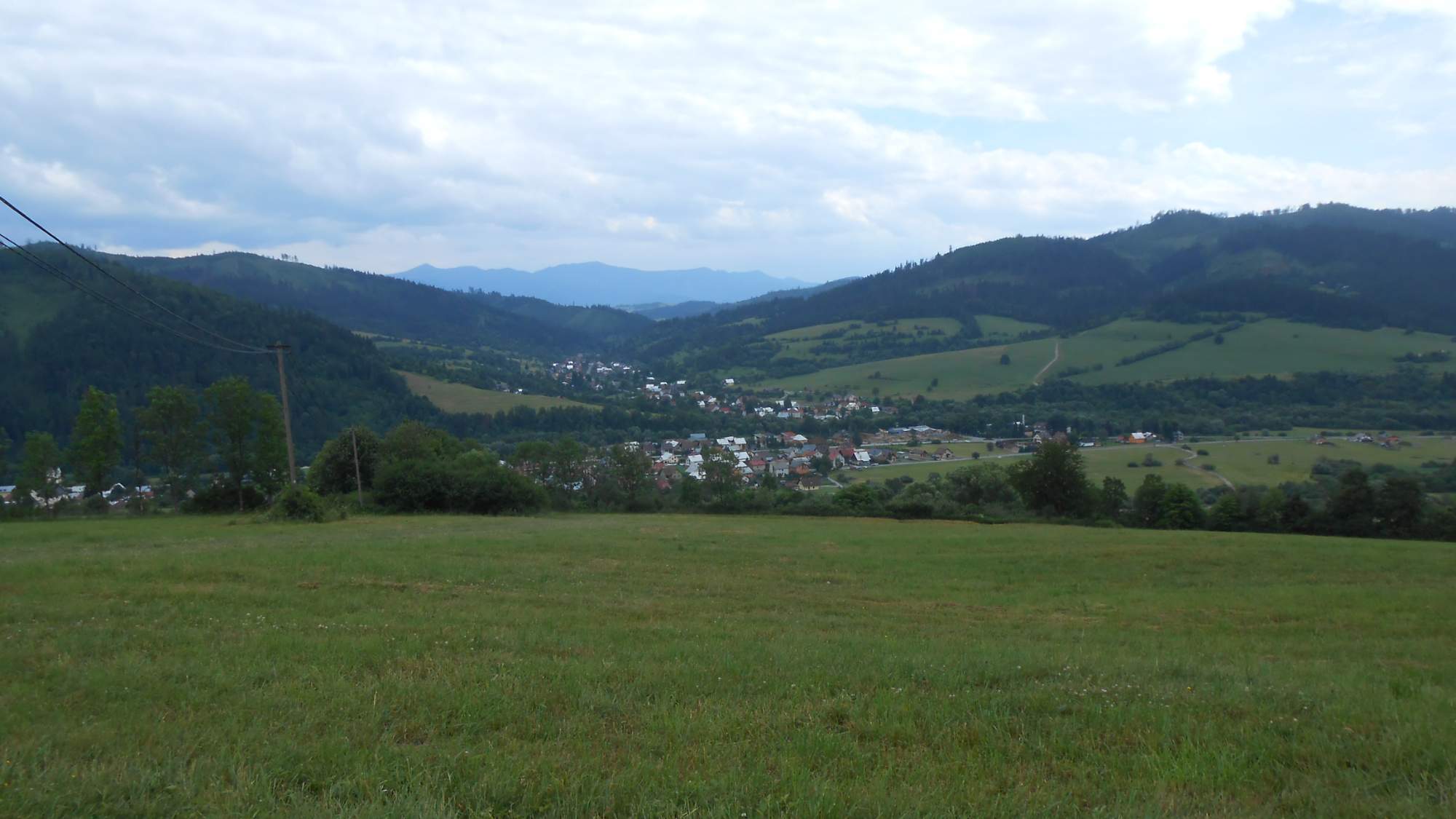 While it still looked like the chances of rain were quite real for a while more, it eventually got better and by the time I was reaching the village where we’d end, it was almost back to how it looked in the morning.

So, that’s it from this one.