So, here it comes. First summer hike of 2018. Yes, it’s not “calendar summer” yet but the weather is not giving a damn the last few years. 30°C in mid-may, no problem. Part one, in this case, because of the second hike that I’ll cover soon.

This one was returning to a place I visited with my parents back in 2013. It’s a memorable one because even my sometimes hard-to-please liked it very fast. This time, I was alone. For whatever reason, I rushed out from the bus stop in the pass some 865m ASL, which is quite a high start. Despite that and not that high total ascension, the trail starts being quite intense and I almost overdid it. 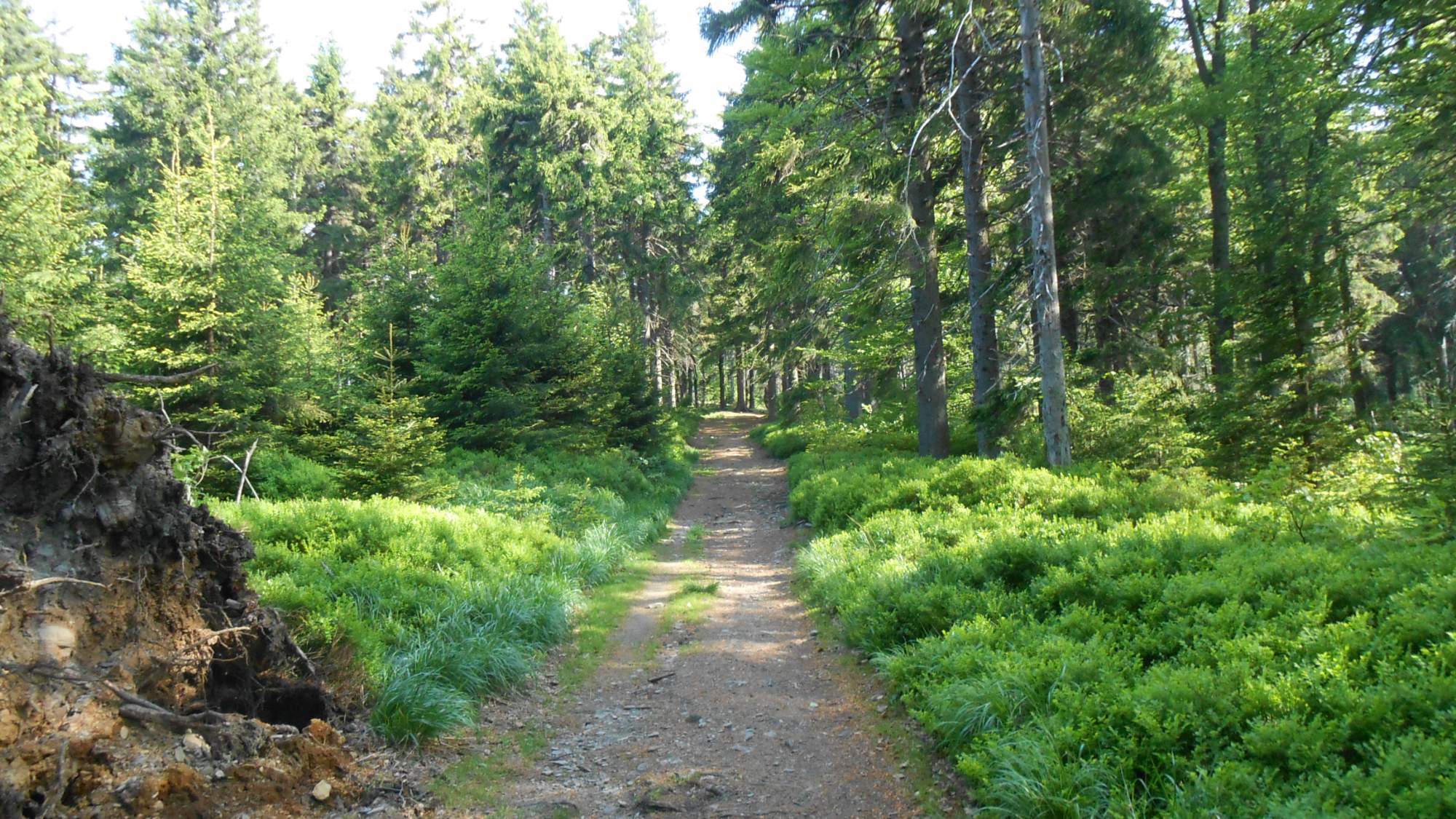 The first nice place comes after some three kilometers, at the end of the ascent. It’s called (exact translation) “Lost rocks” and reaching it means going up to ~1220m ASL, which means most of the ascension is done at that point. 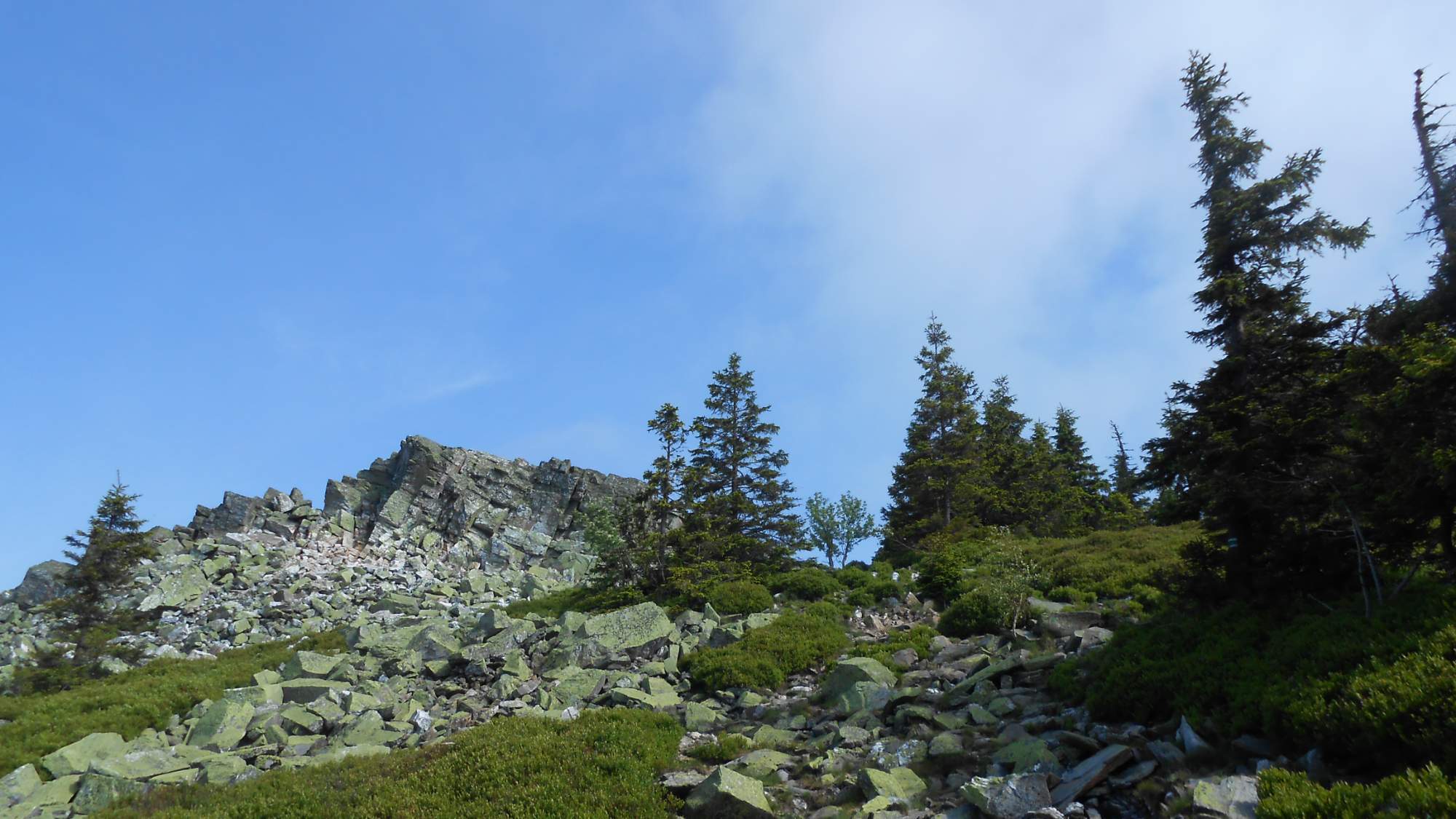 By that point, the spruce forests, surprisingly still standing at least there, give way to patches of blueberries and eventually a mixture of fields and shrub pines. Being more in the open now than in the forests, I started feeling the quite strong and maybe a bit cold wind. I also realized that possible reason for my quick start. Maybe listening to Sabaton was not the best idea at that point and I should’ve stuck to something slower. 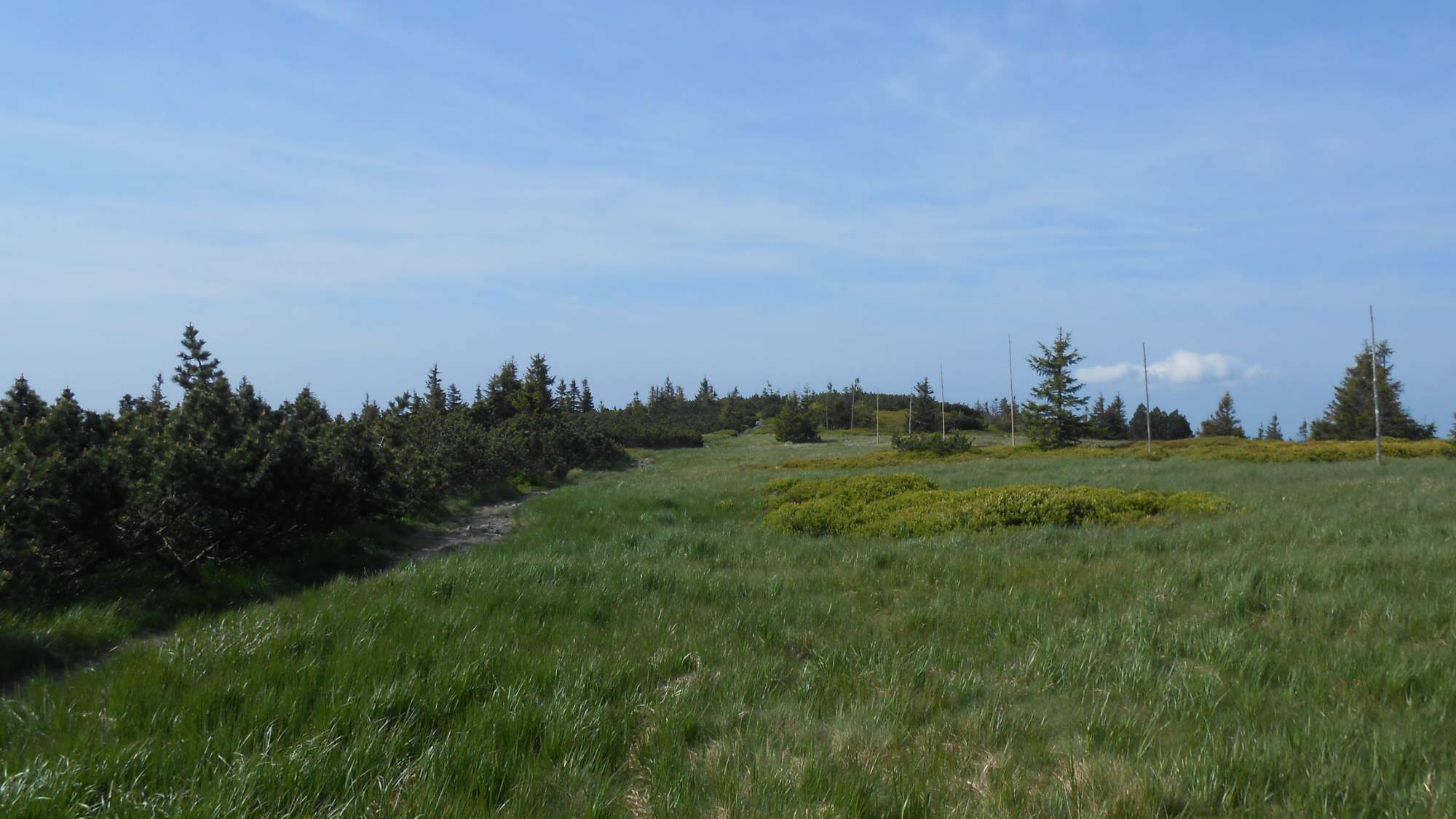 It was what came slightly later, in elevation around 1300m ASL where the landscape is a mixture of those small pines and rolling grassy fields. Combined with the wind, it had its charm. More so, being alone.

It brought one strange realization. The previous hike, I replaced pants with shorts despite it being around 12°C. This time it was somewhere around 20°C and with the wind, it felt colder… 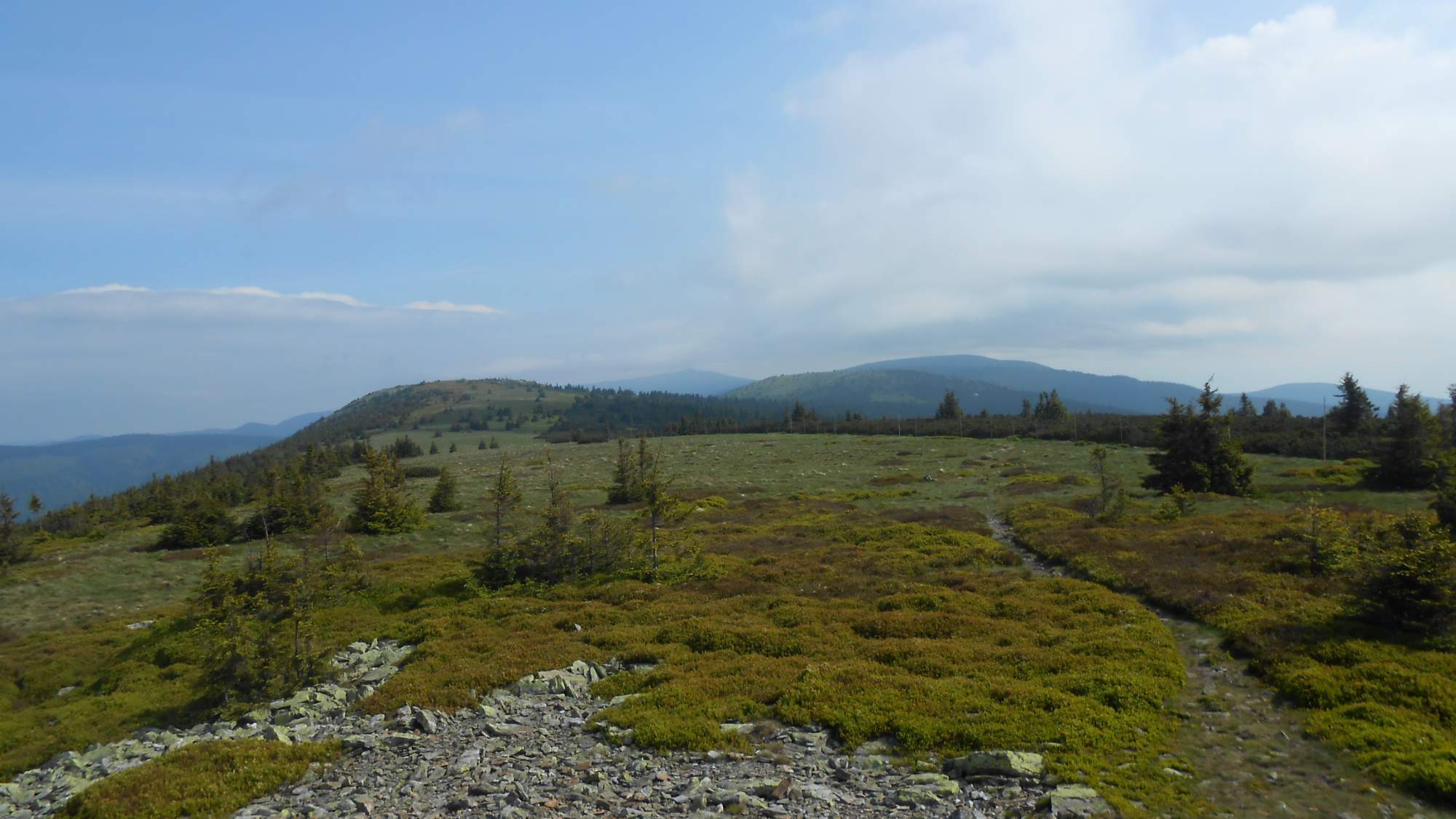 Maybe because of the wind, I went through these highlands quite fast, only taking a short break at the main crossing of the trails and starting my descent. In the initial idea, made almost a month before, I was thinking about using a trail that went a bit more to the east but knowing some part of it, I decided to improvise, taking a cycling trail on a forest road for a while, then just following a branch of said forest road. It led me to a place with a rock formation that was (as it tends to be in these places) obscured by the forest and quite an unknown place. Yes, I am into unknown places – more about that when I get to write about the next hike. 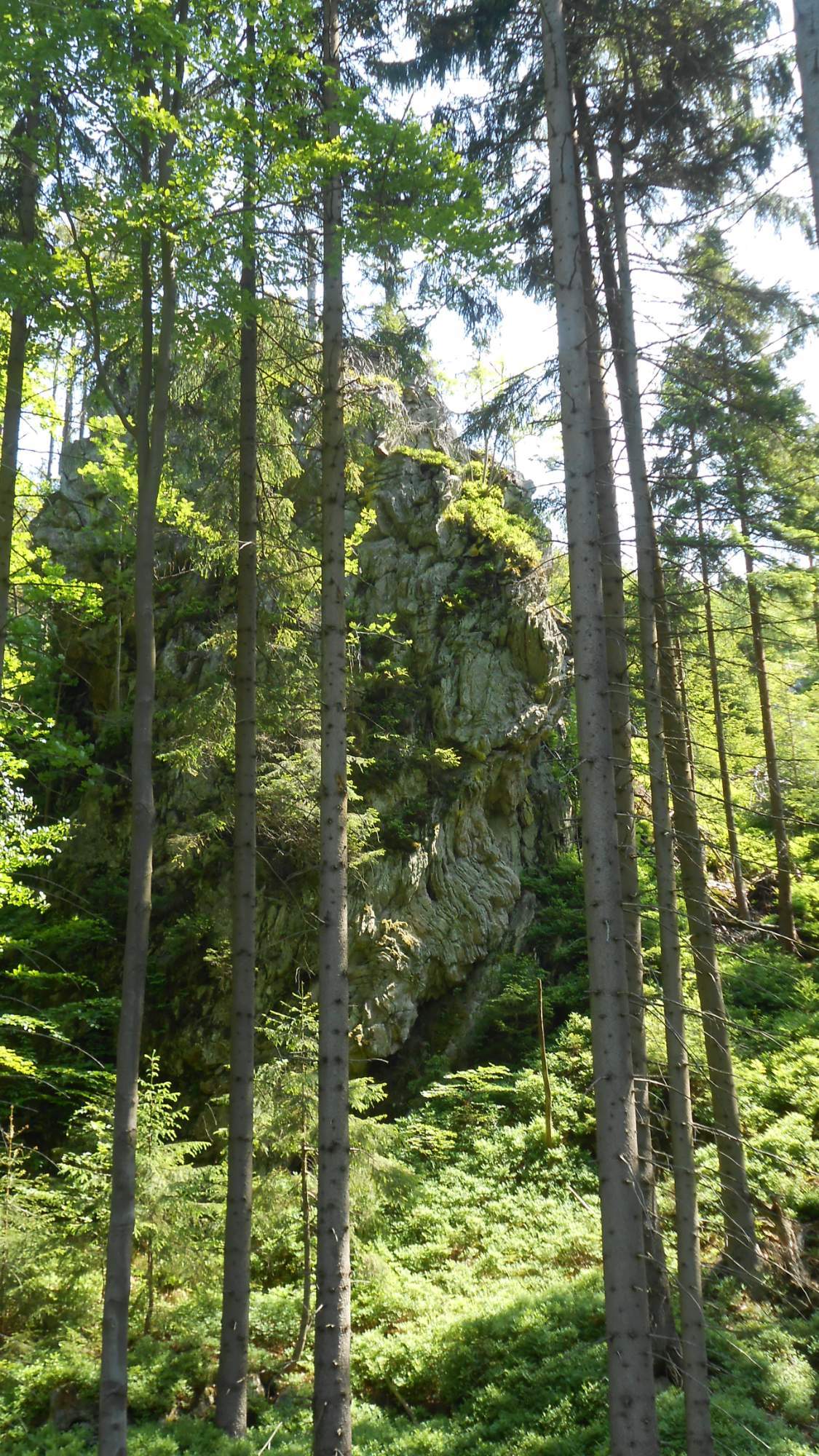 After some more walking on the forest road (at that point I was getting fed up of the asphalt) I reached the lookout tower I wanted to visit, only to find out that it’s open only during weekends outside of the summer. I suppressed several curses no one would hear anyway and started to think about the next problem. The trail I wanted to take from there was not present. It was on my map, but it was not out there…

Eventually, I decided to go where it would be if it actually was there. Being someone who is better at finding my way in the great outdoors than in a city, it was not really an issue, despite the fact that there was sometimes nothing to go on. It took me a short time to realize that this nonexistent “trail” was actually wrongly marked trail for cross-country skiing (obviously, useless in may) going across fields a lot, so I had to guess my way through these. 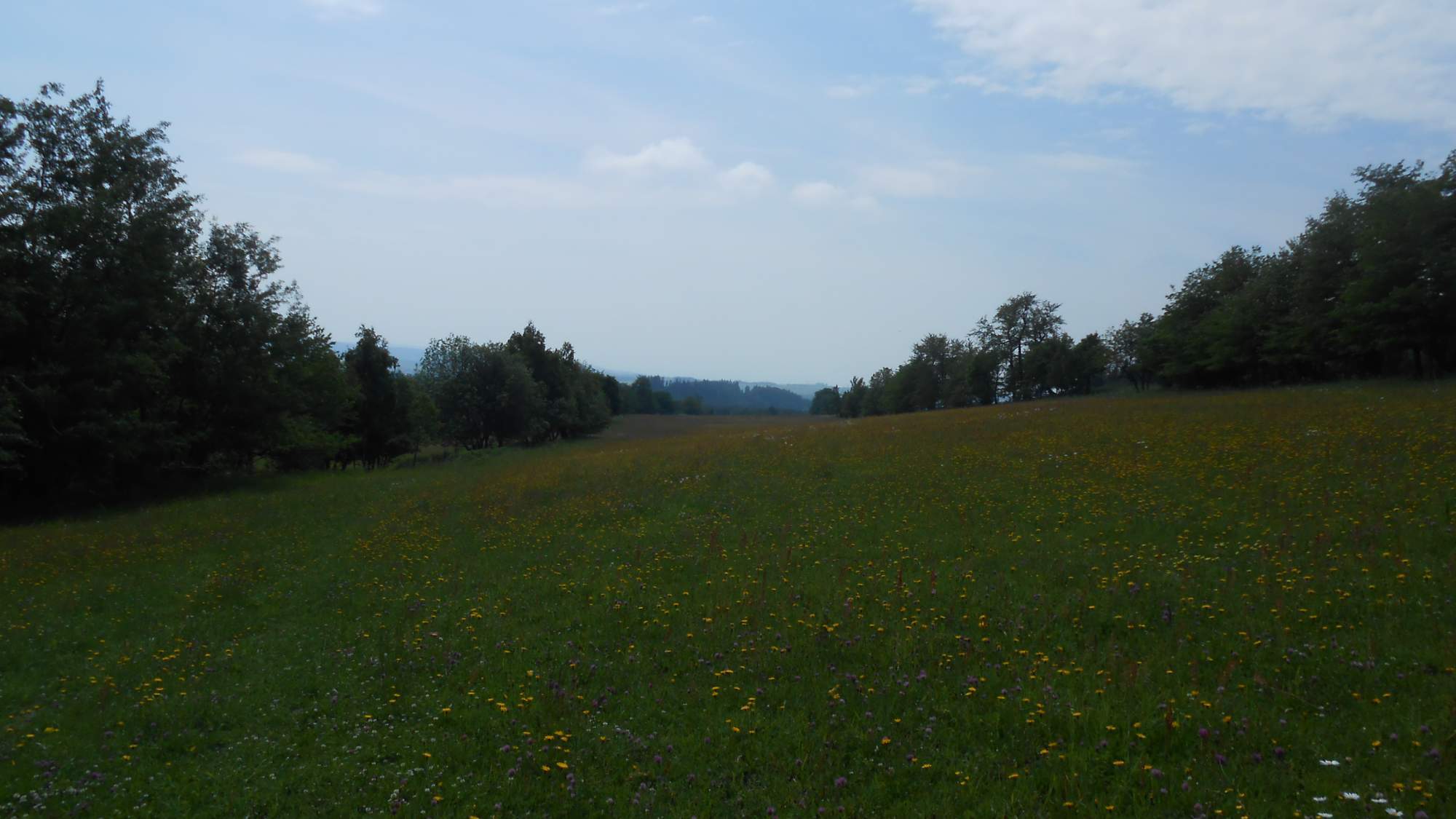 So, after some walking through the fields and even a bit of forest, I emerged on the outskirts of a small town below the hills. My mood was improved slightly by the presence of an ice cream stand (and actually being in operation) at which time I started my furious calculations based on what little I remembered of the bus and train schedules heading at least in the general direction towards my home. 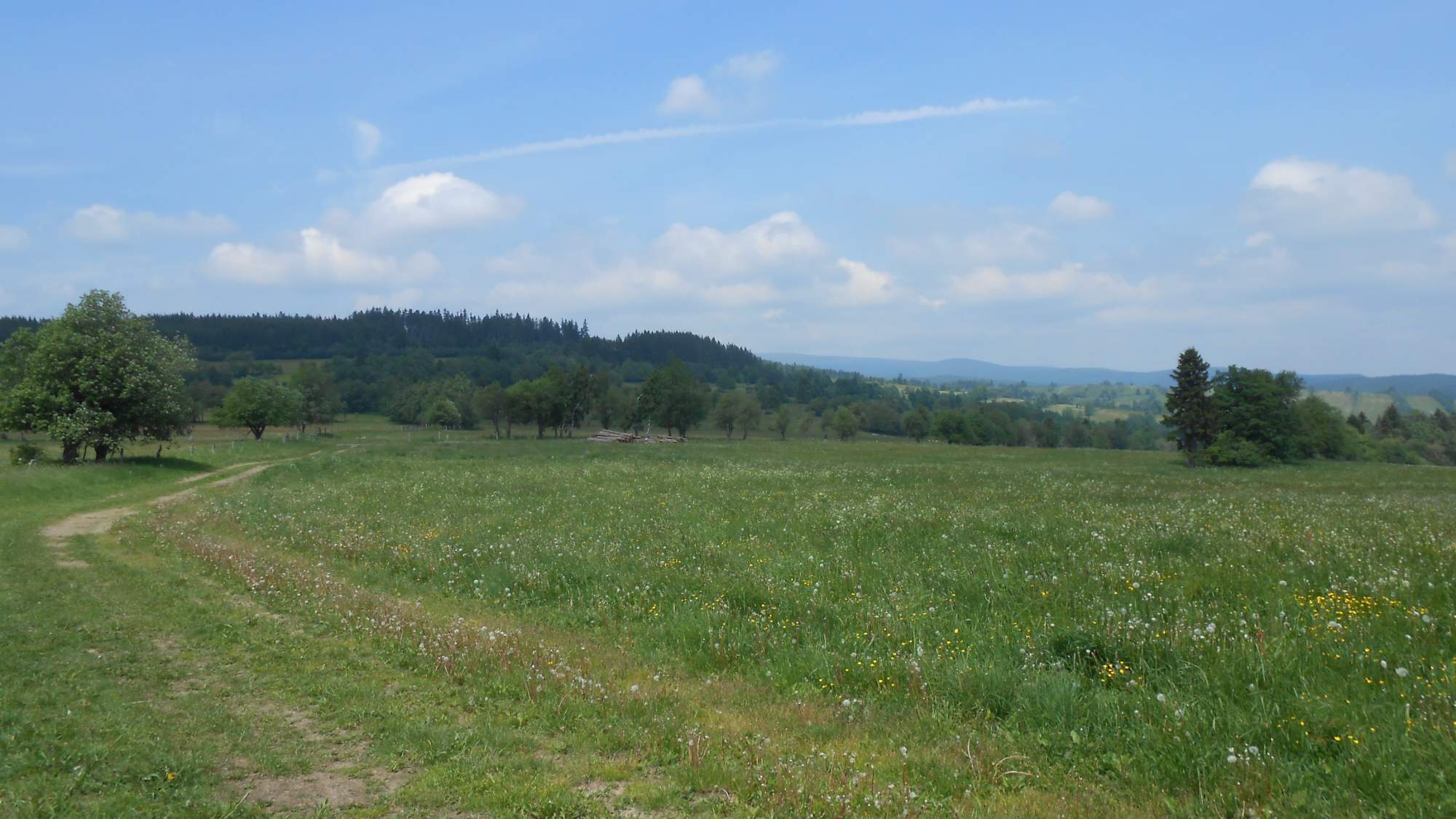 My timing was pretty much perfect. I finished the ice cream by the time I reached the square, looked around a bit to realize where the central bus station is and headed there. When I was maybe 50 meters away, I saw a bus standing at one of those stops, which made me increase my pace. It paid off, as it was exactly the line I hoped it to be and so this became one of those days when I reached the “finish line”, boarded a bus and went into a standby mode (not a sleep, just ignorance of everything) for the next hour and a half it needed to get me back to the city. There was some setback later (the bus I took from the city to the suburbs getting stuck in traffic) but my return happened somewhere around 16:30 – almost two hours faster than I thought.

The time I saved that way was eventually spent writing (obviously, not this post as it’s done six days later after returning from another hike), but that’s just a footnote.

So, that’s another hike story. As I hinted, there’s at least one more coming soon, most likely two.