Fourth book in J.D. Hallowell’s series (by publication date) and third chronologically, this one deals with what goes on shortly after the second book and the end of war with Warrick. Despite that conflict being over, there are several trouble still around as power shifts and not everyone likes where and how.

Since the war is over, the problems are mostly political. There are many that would like to gain something from the state of things, and some who would like to not just gain favor of the riders, but have them as their own. Delno had reasons why he wanted them to be independent, to prevent getting themselves stuck in petty conflicts and to prevent riders going against one another if they were each in service of different lord. 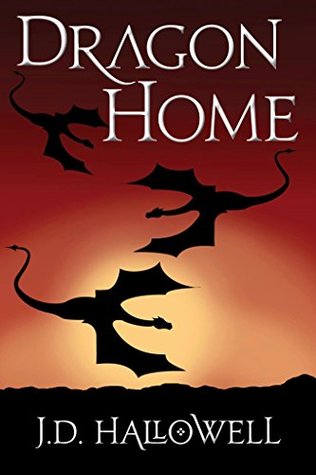 Problem is, not everyone sees it the same. To make it worse, greedy lords (including Bastian mentioned in my previous read from this series) try to fill their pockets on the situation, while others try to spark uprisings to change the balance of power in their favor. Nassari, who acts as the main diplomat of the riders, founds himself stretched to not only deal with securing gear and supplies for the riders, but also dealing with the struggle going on elsewhere.

To make it worse, the king of Horne is willing to let down guarding his borders against the roracks in favor of expansion, endangering his own people.

While the struggle with roracks will get the book to see some fighting action, most of it is dealing with the after-war mess including rebels, assassins and greedy politicians. Nassari and Delno don’t let the trouble get out of hand if they can help it.

Now, the book is written well, but after the first two, has one problem that was mentioned in the last paragraph. Nassari and Delno are proactive and don’t let trouble escalate too much, meaning the book lacks some larger finale. Still, it was nice and quick read that I enjoyed.