The fifth book picks up pretty much where the fourth left, with Endric tasked to bring Tresten to the Conclave. For the slightly better part, Senda is there with him. For the worst part, Urik is too. After his talk with him through the fourth book and Tresten’s approach to him – caused by hope for redemption – Senda does not understand why is he talking with him so often after all the time he spent chasing him and put him to justice.

By the start, the biggest issue seems to be sea sickness with which especially Senda seems to have trouble. Then they reach the land in a small dinghy, just the four of them (three if you discount Tresten’s body). The first night in the middle of nowhere, Urik disappears with the mage and Endric with Senda are forced to wander around, trying to find the place where they left the dinghy and what little they had of their supplies.

They try to drift with the current to get to a port, but things take turn for much worse then they almost drown and Senda is lef ton the verge of death after a bite from creature not many believe that exists. After leaving her in the care of scholars, Endric runs around the island wildly in search of hope and after his return to the port, finds Pendin there.

Together, they bring her to teralin-infused pool which Endric saw in a dream, but it does nothing. Shortly after, they are found by Urik who tells them quite high tale about how he got there and after Pendin leaves with Senda for the safety of the city, Endric and Urik explore the underground temple hidden within the ominously awakening volcano.

I’ll end my recollection of the plot here to avoid outright spoilers, but there will be revelations about Urik’s motives (even if not all) and some other things. 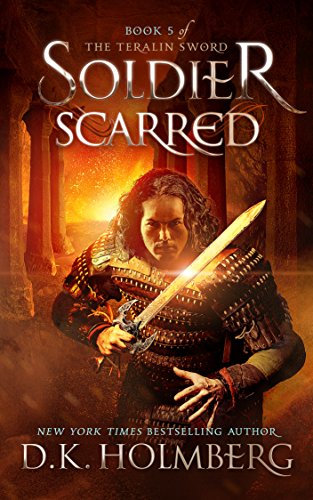 Again, not mentioning ratings as it was day one and there’s not many of them.

There were several things that felt quite emotional, like Pendin’s revelation about his feelings or Endric and the question of his weak faith, so to say.

I believe that earlier the series were supposed to be 3-4 books, but this is fifth and it seems that it’s still not over. I hope it’s not over.
Urik might be likely done scheming, but that does not mean other trouble won’t arise. And I think his background might be interesting. Part of me would like to know more about what made him the strange villain he is.