Fourth book in the Teralin sword series, and one that I went through really fast. I had it read some 30 hours within release, which says much I guess. Again, I’ll do my best to avoid even small spoilers.

Anyway, the fourth book follows the events of second book, starting a few months later when Endric returns to Vasha from his journey ‘to his roots’ in the third book. He would like to say he’s returning home, but he can’t be sure anyway. He was away for almost a year, and he returns to see that much has changed.

He was called to return by the mage Tresten, who helped him in the first books, but the mage is nowhere to be seen and presumed dead. Urik, whose machinations led to death of Endric’s brother, is free to move around the city, though without the luxuries of his former rank. And his friends are quite distant. Endric, as he was away, of course has no clue why or what all of that happened.

Soon, one of the few that could give him at least some information – his father – leaves the city as well again leaving Endric knowing almost nothing and forcing him to scavenge for bits of clue while also trying to watch out for Urik as he believes him to be dangerous and possibly plotting some more trouble.

Things take turn when he finds message that Tresten left behind, written in a language he can’t read and trying to find someone who can. Eventually Senda offers her help, but when she asks Urik for the translation, she refuses to tell him despite the fact that it was written to him, and Urik knowing the contents is definitely not good.

Eventually, chain of events not so pleasant to Endric (as much as I can say without outright spoilers) have him taken away to search for the mage without having any decent idea where to start. Eventually, he finds him and they travel more, Tresten leading them somewhere.

As Endric wonders whether his visit to the Anthrilli was any useful, they are first followed and then ambushed by merahl that were somewhat affected by dark powers. It forces Endric to use everything he learned and every bit of his skill to uncover this fact and how to counter it, and is eventually led to help others who were captured in such a way.

Even with this trouble solved, there will be more answers to find… 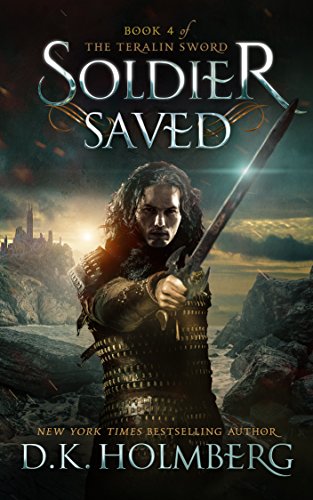 * seems that I was the first to rate it. Yay!

Anyway, I enjoyed reading this. The beginning felt quite emotional for me, with all that happened putting Endric unsure even about his friends and what happened to them. Again, I won’t share much to avoid spoilers.

I wonder if Endric will ever be lucky enough to avoid being abducted or sent to a potentially lethal journey. But then, what does not kill you makes you stronger, right?

Also, despite being dangerous, vengeance-driven madman, Urik seems to make some sense here and his discussions with Endric are interesting not by content, but to see the two struggling to learn something about the other that would help their plans.

Also, since the series is not ending with fourth book as I presumed it will, it means I’ll need to break the decision I made to only go with re-reads in the rest of the year as book five is coming out 19th December.