I know that astronomically, it’s over for more than a week, but especially in the last years, it’s not like weather cared much for that. Yes, the days are colder, but late September and sometimes even early October are still great time for a hike, especially when it combines the warmth and the autumn colors.

While the weather was close to perfect, many other things were not. By Thursday, I was on the verge of cancelling my attendance, something I have never done yet in the 17 years I go for hikes with this group. Reason: digestive issues, my lifelong curse. Anyway, it got better and I decided to go through, choosing the shorter, 16km version of the hike instead of the full-length 25km.

We started in what was once a small spa resort, but after the downfall of Eastern block and the changes after, it was abandoned and fell to ruins. There are some tries to revive the place, which, by now, are visible by the shelters over the springs in the area. 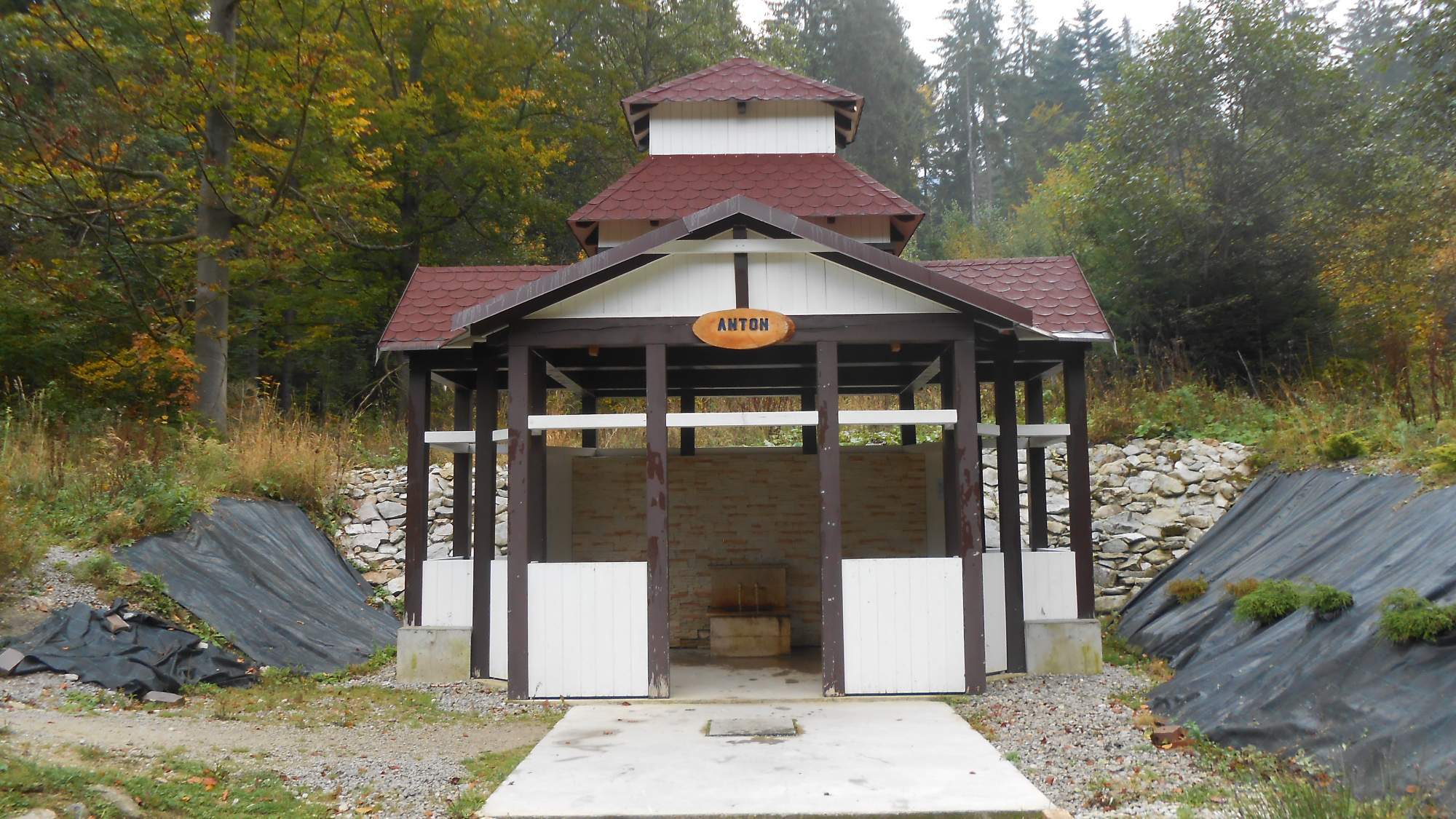 One of the five springs in the former spa

After that, the trail ascended through the forests. End of September is usually the main season for mushroom collecting and it was the case now as well. I am not someone who would venture into the woods with that as my primary goal, but if I find an edible piece close enough to get it home safely, I am not against picking a few. In this case, what I found was not picked, I just pointed that out to the others that were equipped for that, and let them decide if they want to take it. 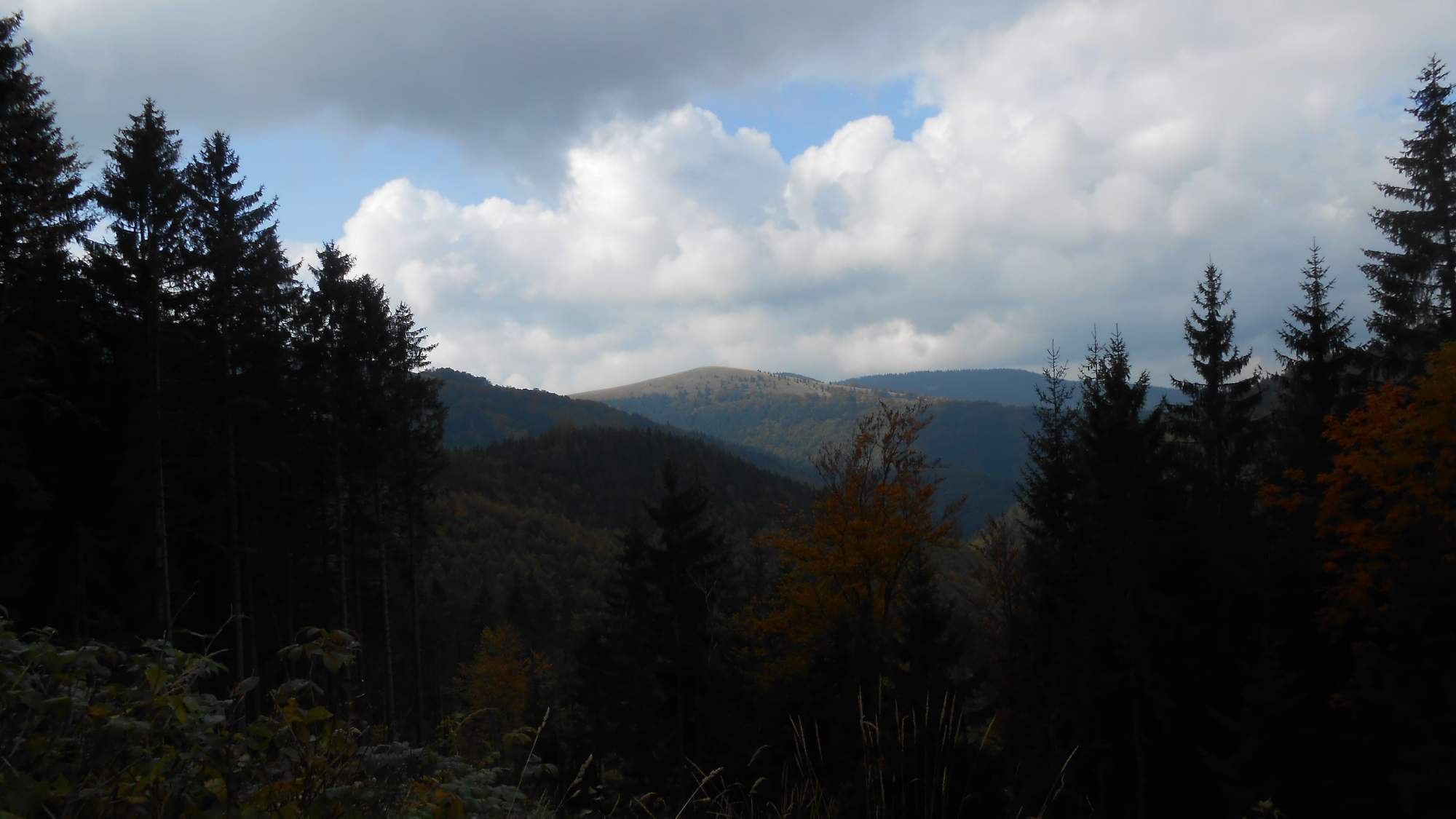 Mid-way through the ascension to the pass, there was a small opening where we could see one of the places we would go through later, and hints of the ski resort that was our destination. 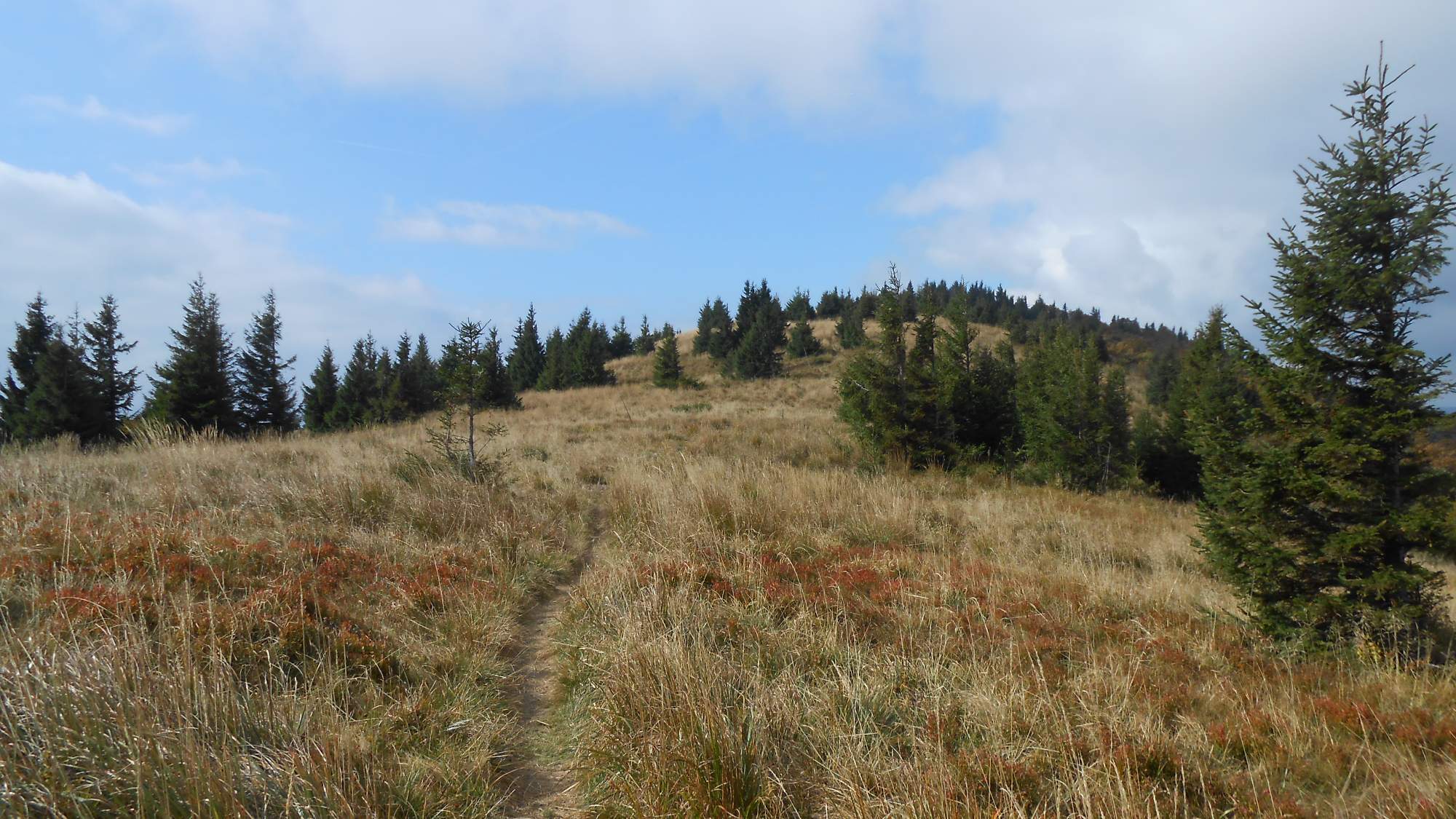 First part of the peak was covered by conifers…

Eventually, after a break in the pass, the path led us upward, to a peak that reminded me of the four days in Poland that happened two weeks before (and I described in the meantime in four other posts) though here the peak are was covered by maple trees instead of beeches. 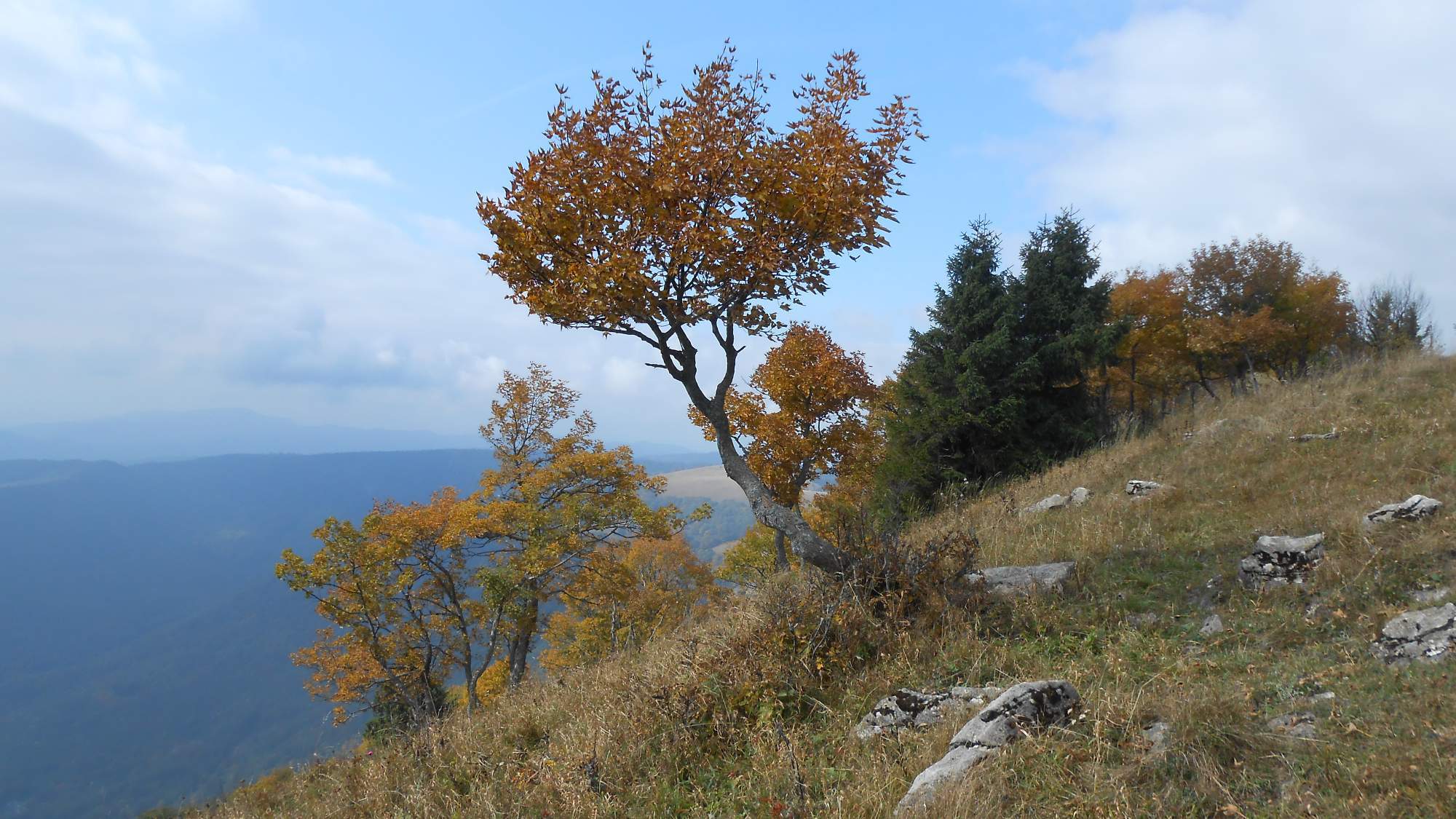 …the others by maples and other deciduous trees

I took a few pictures and enjoyed the scenery in shades of yellow. 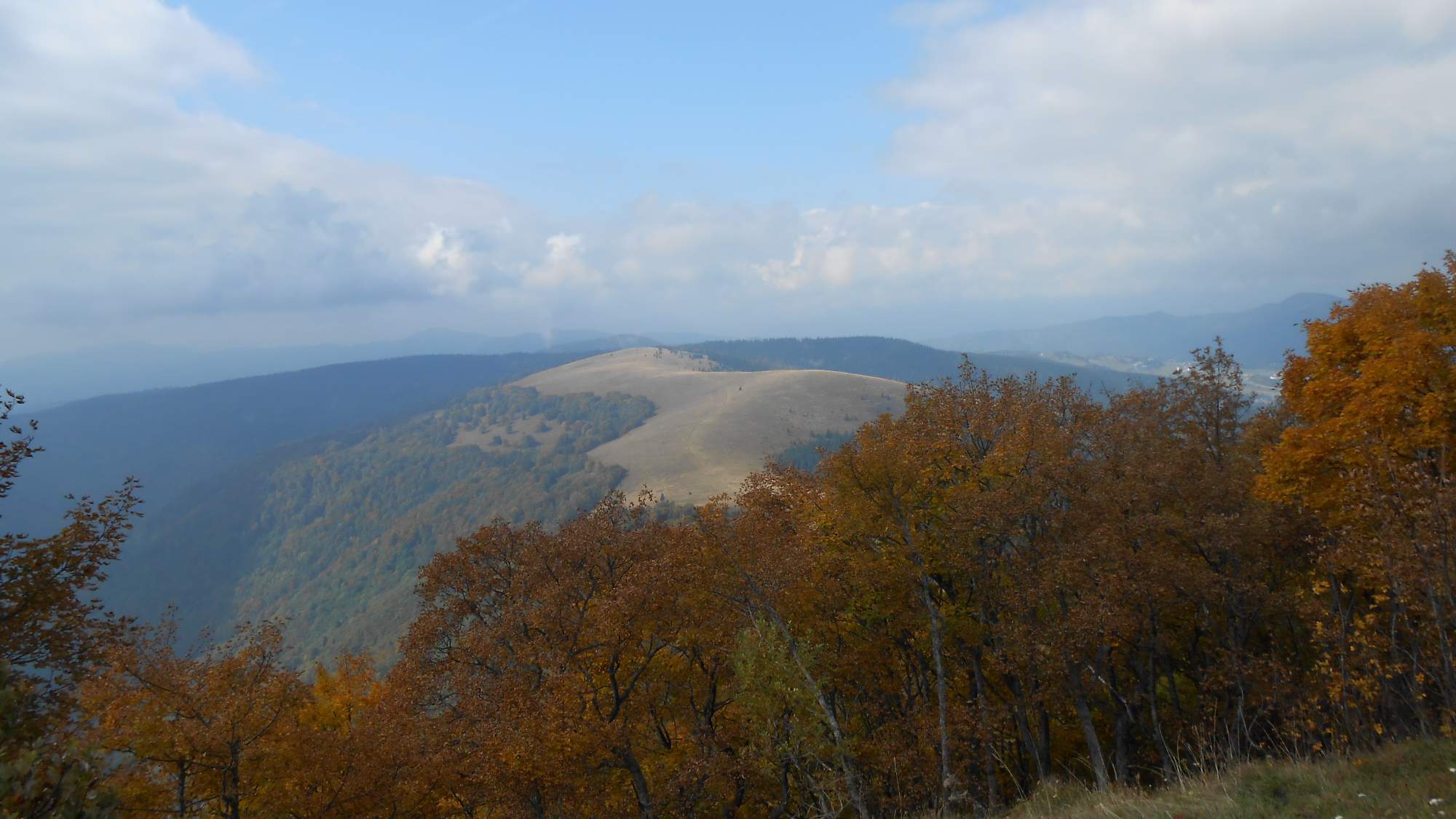 And that’s where the “goodbye, summer” part comes in. The temperature, even here in some 1300 meters of elevation, was around 15°C, enough to be just in a short-sleeved T-shirt as long as I kept moving and the wind was gentle. 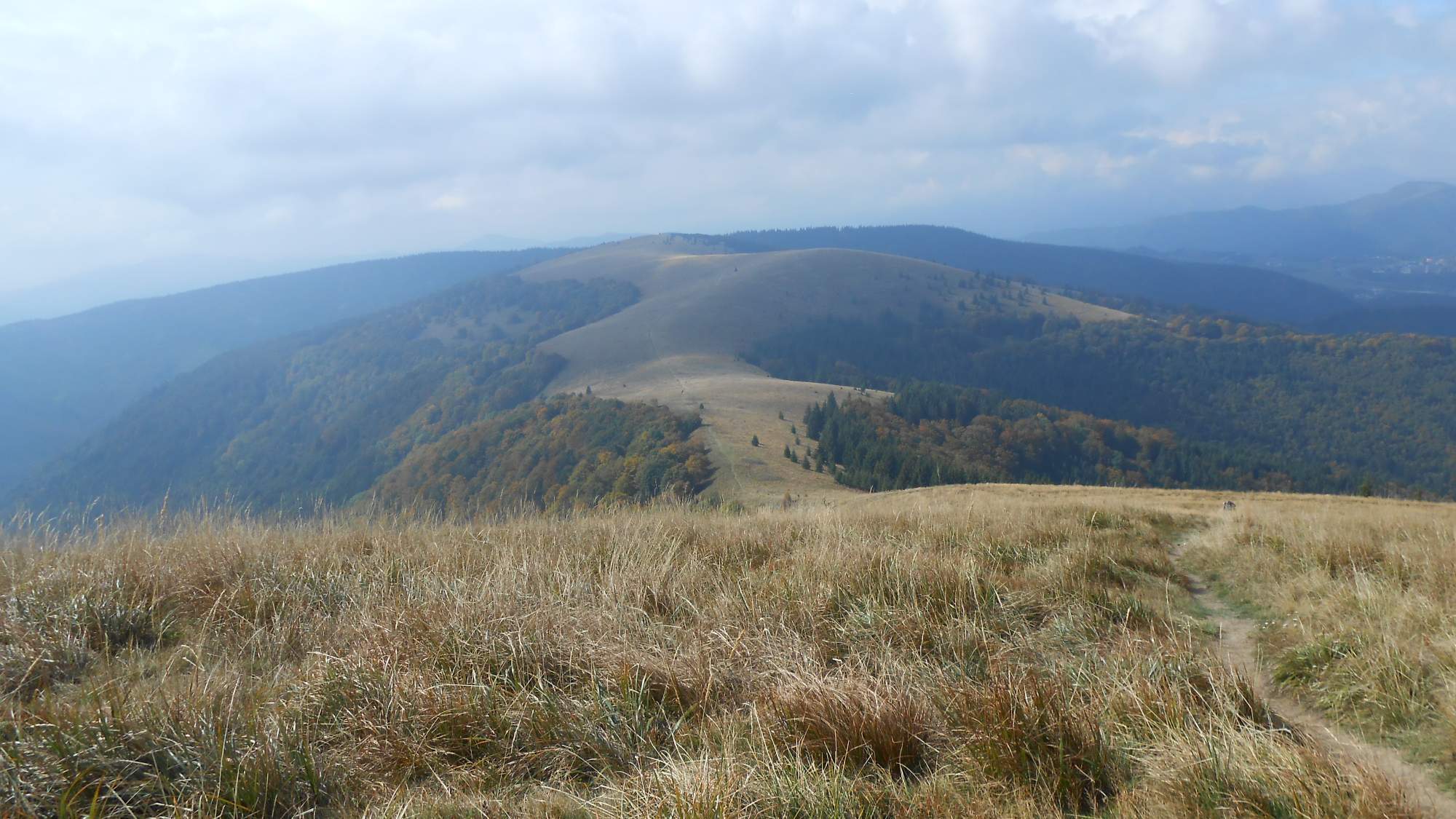 From the peak, there was maybe 3 km of walk through grassy plain with yellowing trees around. Perfect. I let my wilder self take control and went full speed ahead on this plain, stopping to take more pictures when the place was good for that. 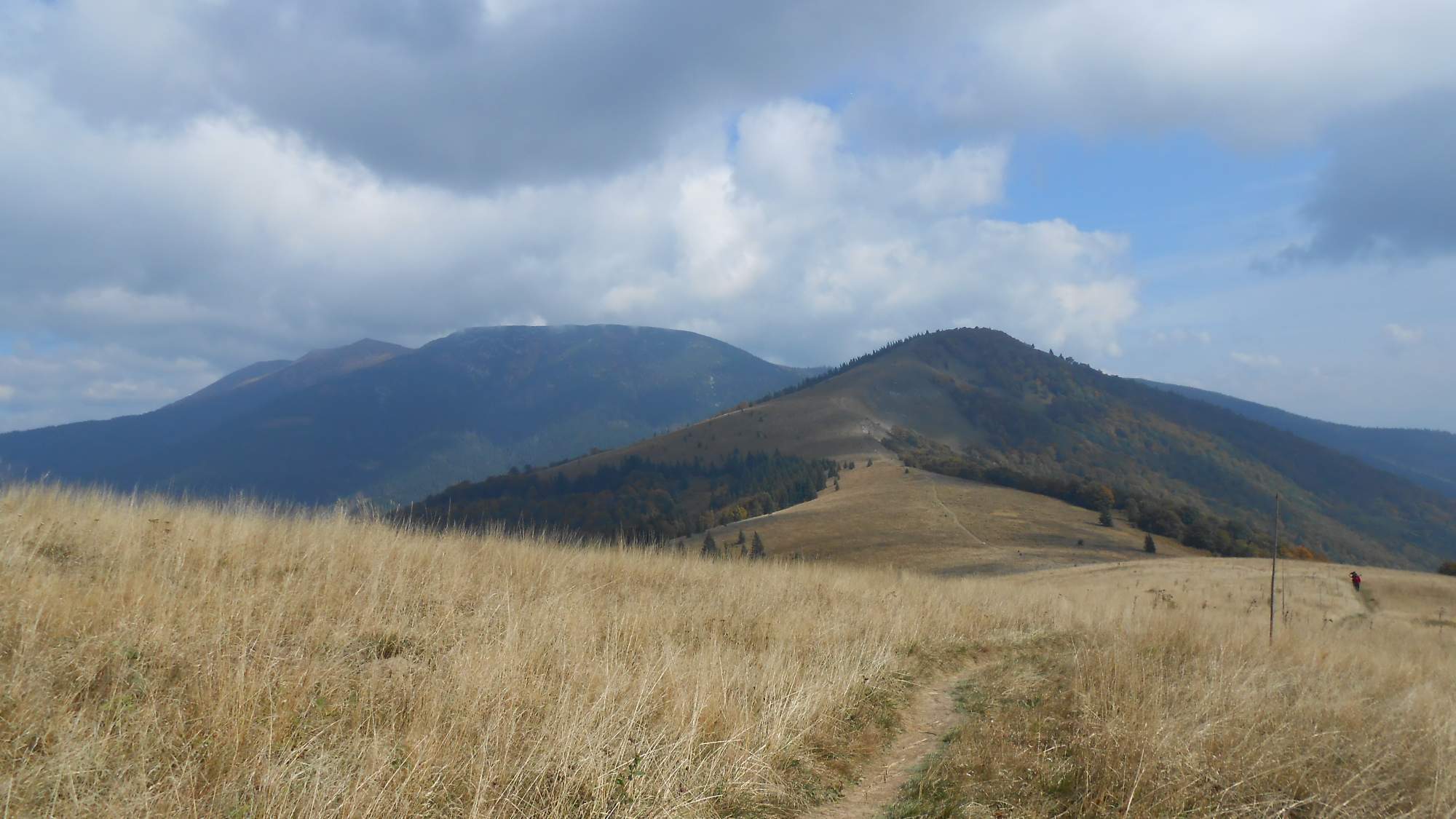 After that, the trail started to descent, sending me back to forest. That meant different nice things to watch for: fungi. There’s one in particular that is extremely photogenic AND extremely common: Amanita muscaria. 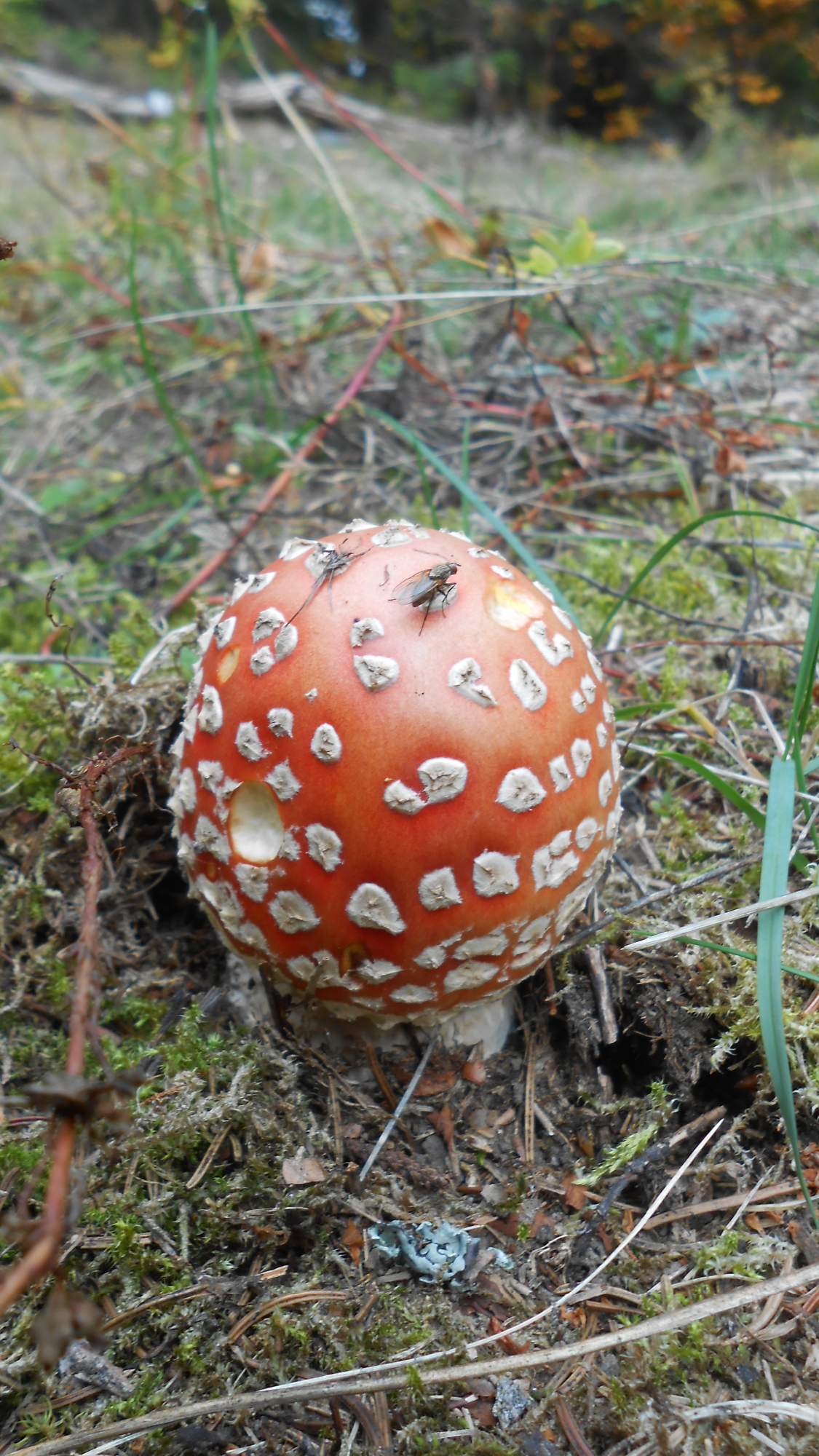 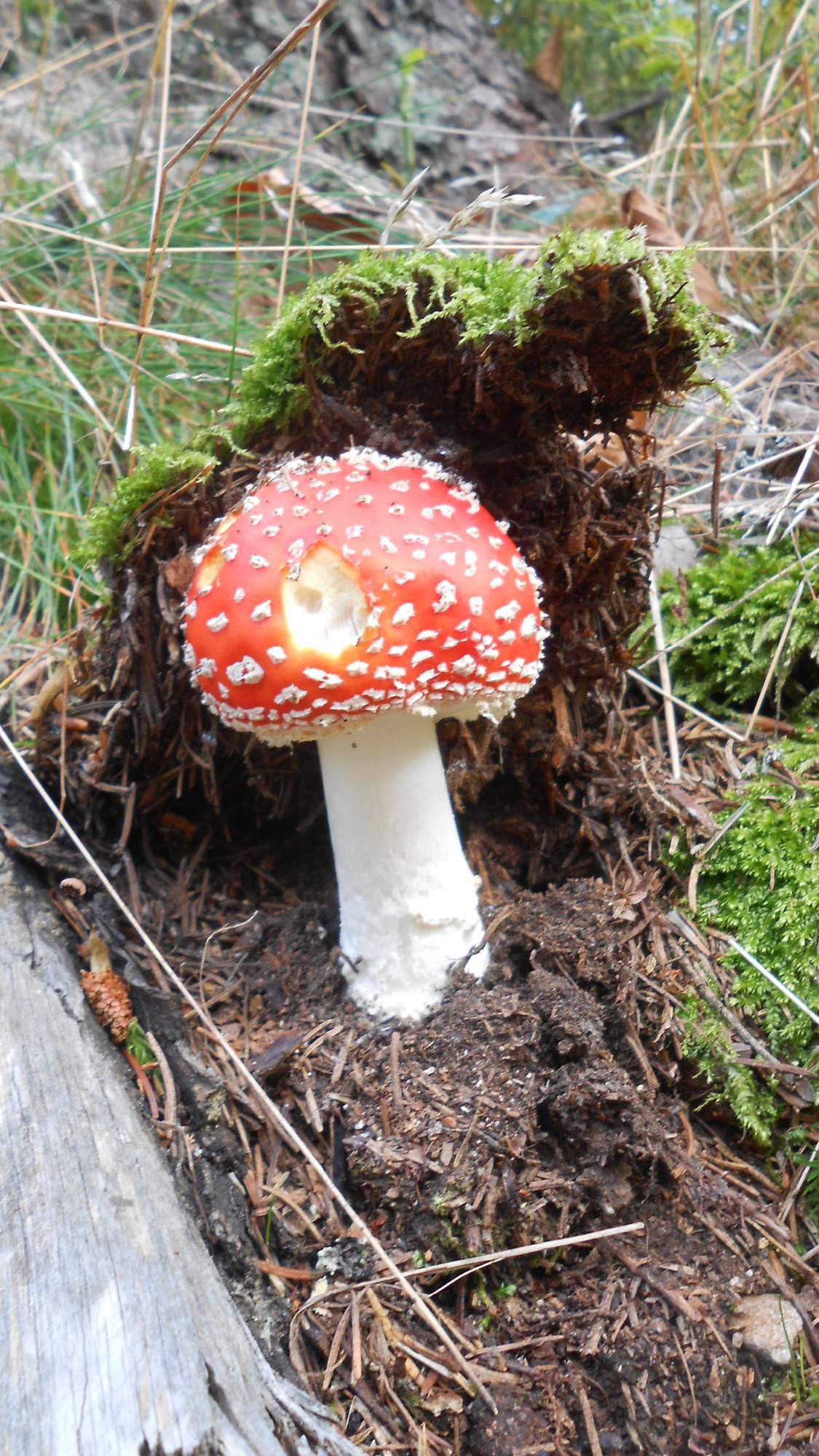 It’s also toxic, or at least hallucinogenic, but that’s a great plus as there would not be much to take photos of, if it was edible and thus gathered. I took pictures of the two that I thought were the best examples (as seen above) but there were dozens, hundreds of them through the day. 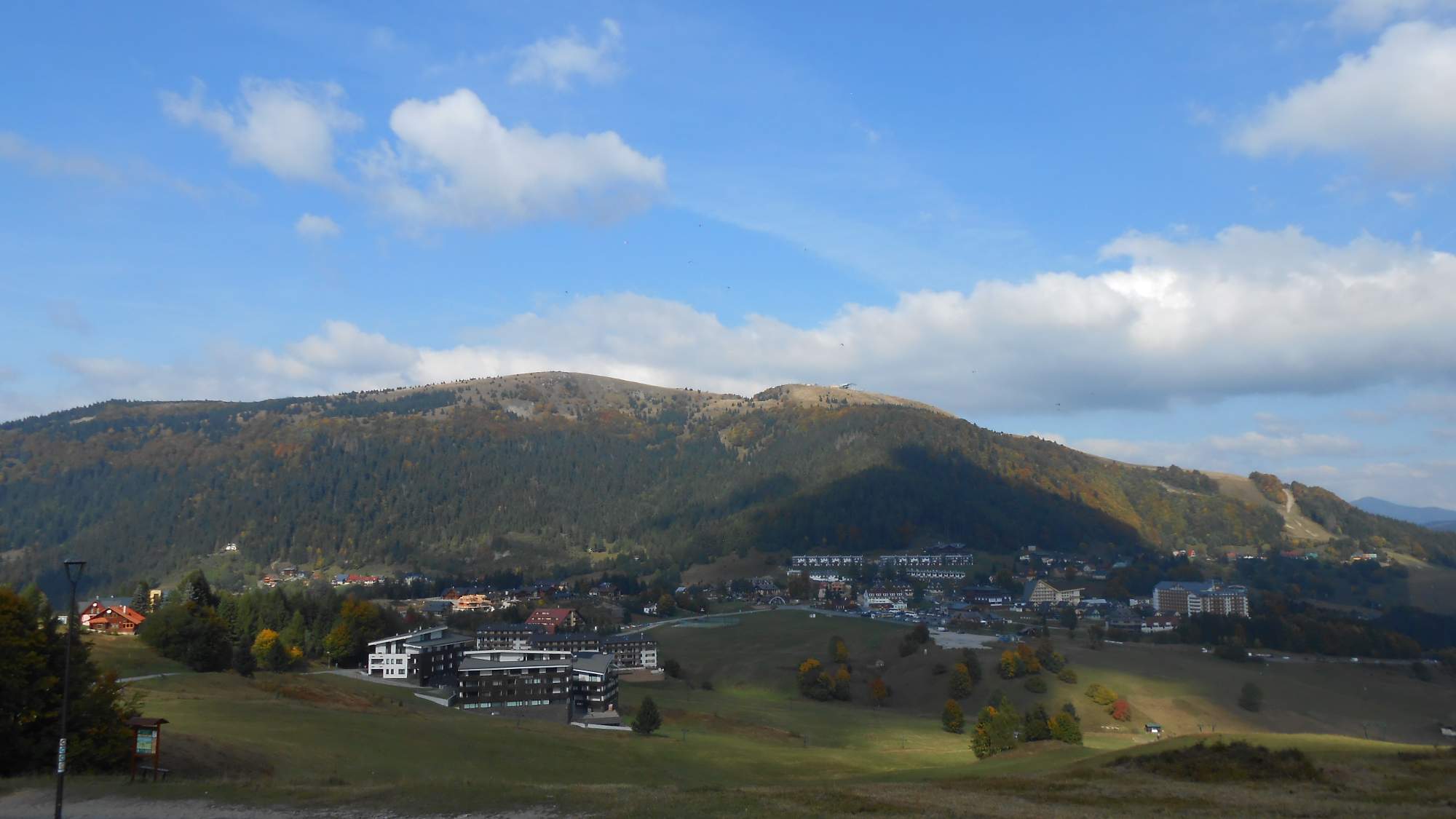 Donovaly ski resort and the peaks above.

Eventually, I reached the Donovaly ski resort. It’s on the border of Nízké Tatry and Vel’ká Fatra mountain ranges (and their respective national parks), with the peak ‘Zvolen’ rising more than 400 meters above it (as seen on the photo above). Being there quite early, I considered rushing the mentioned peak, but decided to not test my luck again. Instead, I walked around and reached the lower end of the resort, with some attractions, including summer sleigh tobogan (not really sure how exactly it’s called // ski resort’s description of the attraction). After a while of consideration, I eventually did four downhill run at whooping 14€ total (quite a lot for central european prices) + 4€ for stylized photo taken by the speed radar at the track’s end. Afterwards, I spent the next three hours walking around, watching the people paragliding from the peak above and enjoying the nice weather.