Another book I discovered by browsing lists and recommendations and another That was very good pick. I was reading it before I started this blog but after I finish the second book (at 40% as of writing this) I’ll review the second one and it would feel strange not having the first one posted as well.

First thing to mention is that the description does really good job of not only getting attention but at describing the plot. I might just copy-paste it and be done with this adding a very short comment of my own but I won’t do that.

Shortly said, it had me immersed quite fast. Endric is a problematic young man in situation no one would be in: his father is general, his brother is also much better than him and eventually Endric can get his few friends into troubles as well and wonders why they even stick to him.

Then the city is attacked and he gets to see a bit of the mysteries in around him. But it seems that no one is willing to do anything about it and that leads him to try taking action himself. Without spoilers, it gets him into much more trouble and shows him that he knew even less than he believed to know.

At that point, the story goes fast as things are revealed and enemies getting closer. Again avoiding spoilers, it is well written and until the very end it’s not fully clear who is the traitor (teased in the description) and what motives some of the characters have. 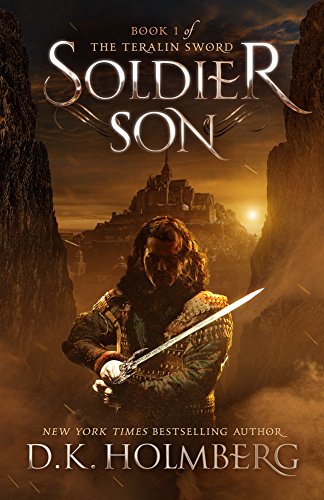 When the book ends, much is explained and some things were quite surprising and shown a bit more about the characters and how they think. It’s the end that made Endric feel relatable: he knew very little but risked and tried to act when no one did, no matter he knew it was more than likely to bite him in the arse.

I would give it more than 95% but even 5% steps are already detailed scale especially compared to the 5-star system used both by Amazon and GR.

I hoped that the ending would explain things more, but then it might be just my desire for answers. It’s likely the author wanted to keep some unanswered questions for the sequels (third book is planned for late 8/2017).