As I mentioned at the end of my review of “Wolf of the North“, I was tempted to get into the sequel right away, but for reasons delayed that. The story was captivating, so I blazed through the second book in two days, but it had its issues. 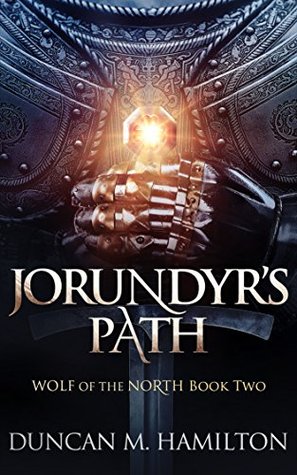 Given how the first book ended, with Wulfric at the run (both away from Leondorf and towards his revenge), Aethelman with is own goal, Rodulf scheming more and Adalhaid with her own choices to make, there were many sub-stories to follow.

That itself would not be an issue, but how the PoV shifts were handled was troublesome, often changing several times in a single chapter, something that might confuse some readers. Worst, these plot parts were happening at different places, detached enough that just following one character for a while would be enough – there was no hint that they happened at the same time to require these abrupt shifts (except when they converged, of course). Personally I’d guess they were supposed to build suspense but I did not feel it that way.

The book also showed why I don’t like books told in this kind of retrospective with shifts to the narrator retelling the story much later, for one reason: it is easy way to spoilers, which was the case in this book. As enjoyable as it was, since maybe half of the second book, it turned from “how it will end?” to “how it’ll get there”, which is quite a pity.