Following from my previous read, I went on to the second book pretty much right away. It picks up pretty much where the first ended. With Warrick’s first attack thwarted by the end of first book, the situation changes and Delno starts putting his plan together for bringing peace to the world, even though it’ll not be easy.

The book starts with a few riders on Delno’s side, but there are changes for the better. Delno and Geneva get the attention of wild dragons, from who many are willing to help him to deal with madman that forces their kin to work with their ancestral enemy, the Rorack beasts, and some of those dragons are willing to bond with those they’d see worthy riders, expanding Delno’s force. 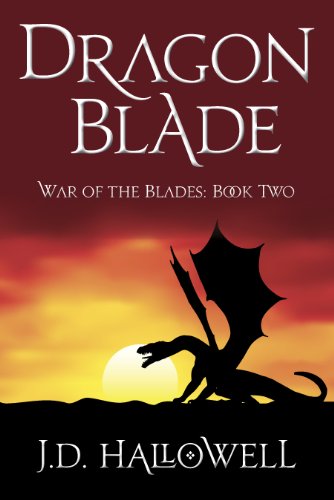 Yet, troubles arise as Warrick uses the hate of Bournese king to send them siege Delno’s homeland and uses some strange illness to take out the soldiers and civilians out from within. Fortunately, his friend Nat manages to use his skill to prevent too many losses that way and Delno himself, having experience with the war, takes lead of the defense with the help of dragons.

The Bournese king, oblivious to the fact that Delno’s actions are bringing Warrick’s plans down, tries desperately to take over Corrice but against Delno and his growing roster of dragon riders, it only means throwing away lives in a way that threatens him more than he’s willing to realize.

There are a few surprises when it comes to the newly gained support from wild dragons and their choices for their riders, and Delno, now with his legacy revealed, is brought into politics and eventually sees that ending the Corice-Bourne war will not be easy.

Of course, Warrick is not idle and makes several tries to get rid of Delno on distance, but with his friends and their dragons, the danger is dealt with and eventually becomes at least some source of information on what could be going on around Warrick. When those that survived being sent against Delno are shown the true scope of Warrick’s plans, some even decided to join him or at least stay out of the conflict.

Even with Warrick throwing away hundreds and thousands of Roracks to stop Delno and the armies supporting him, he and his growing army eventually reaches him and by the time Warrick comes to fight personally, most of his own remaining riders are dead. Delno eventually needs to do a risky move to finish the fight.

Eventually, with Warrick done with, Delno takes care of the Bournese king, who refuses to believe that Warrick (who supported him for his own reasons) had fallen and eventually takes his life when he is cornered in his own palace.

The book, while keeping much of the lighter take on dragon fantasy, added several lines that touched thinking for future generations (something our generation should consider as well…) or the difference between the bad guys and good guys when it comes to how they see and treat those who fight for them.