Over the 8 years that I am going to hike (sometimes) alone, it happened very rarely (if ever) that I took such outside inspiration. There were places in reach I wanted to see and I had some potential tips from people close to me (many of them taken from archives of the hiking club, from times before I joined and the first years when I was with them sporadically, not on 90% of events like the last years).

This time, I decided to visit a place that was suggested by a website. The deciding factor was that it was easily reached by public transport even during weekend.

Now, let me start by stating the fact that the timing was horrible. The site posted a video-tip in March or something, and shortly after part of that area was closed to public because of fallen trees (I mentioned these problems a few times in past, more in depth in this post where I mentioned the trouble of spruce forests and climate change).

The main problem is that there’s probably no way these quite important facts would be shared with general public and unless you make a deep search beforehand, changes are that you won’t know about it before you get there and see posters like “Danger of falling trees” in the best case, no entry signs in the worst.

Since it seemed that I reached the place before the first forest workers (and thus had decent chances I would not hinder them by my solo walk), I decided to just rush through the area instead of trying to improvise some backup solution. 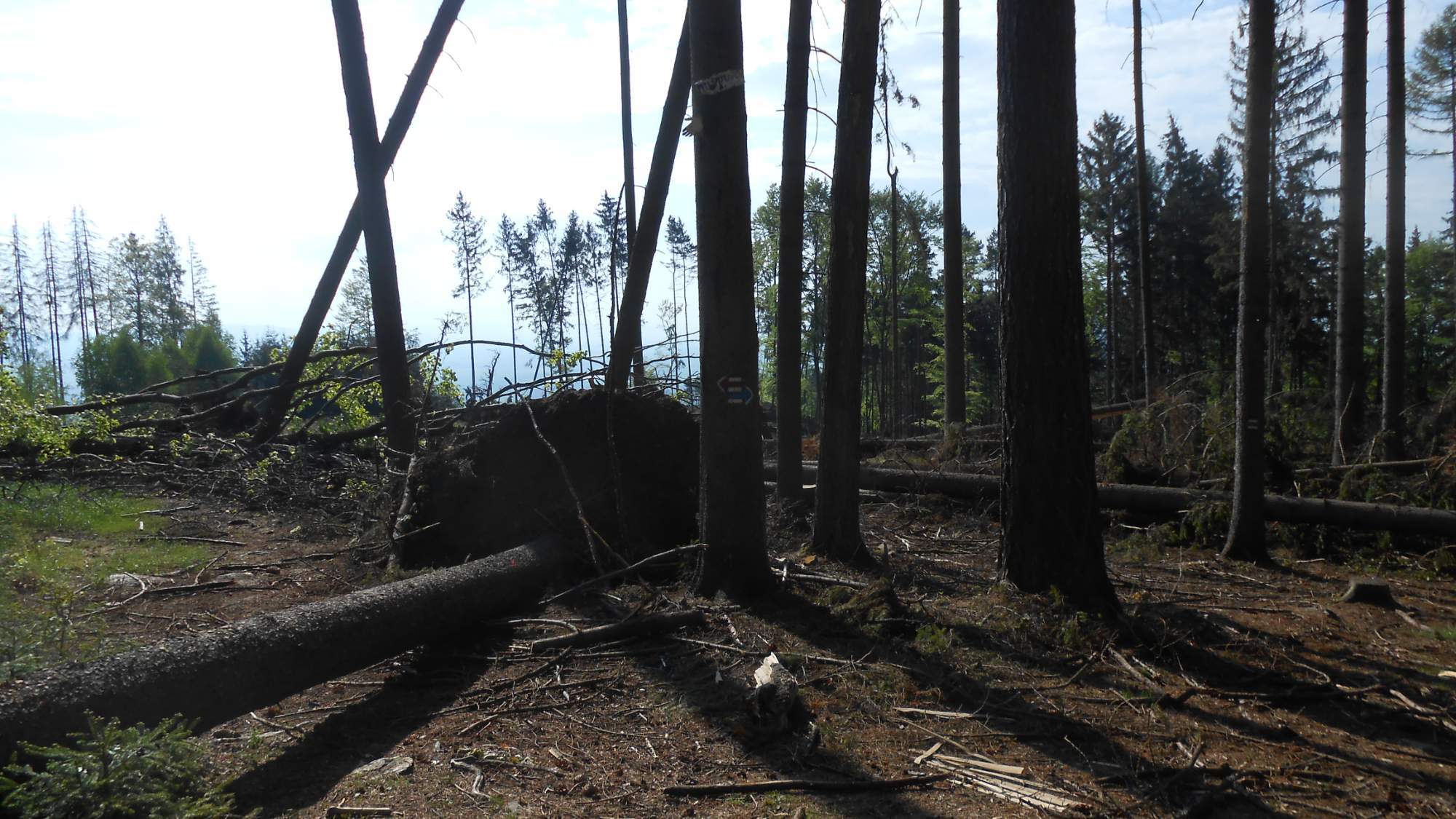 Eventually, I reached the crossing of paths near the first rock formation. The area looks pretty much like many such places nearby, bunch of rocks scattered around a forest (or what’s left of it now) and even though it might be pain to take decent pictures of it, these places have their charm for me. 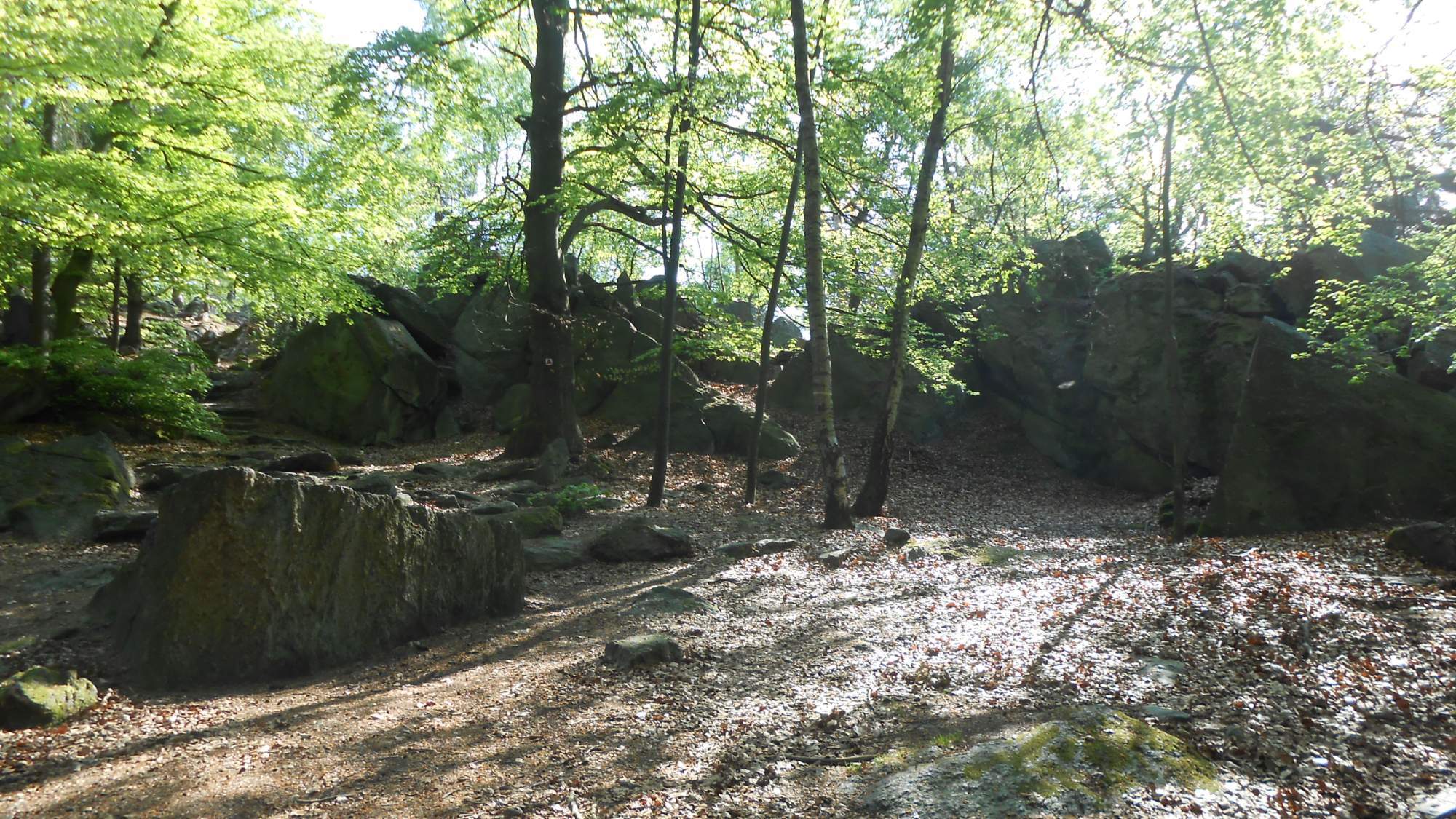 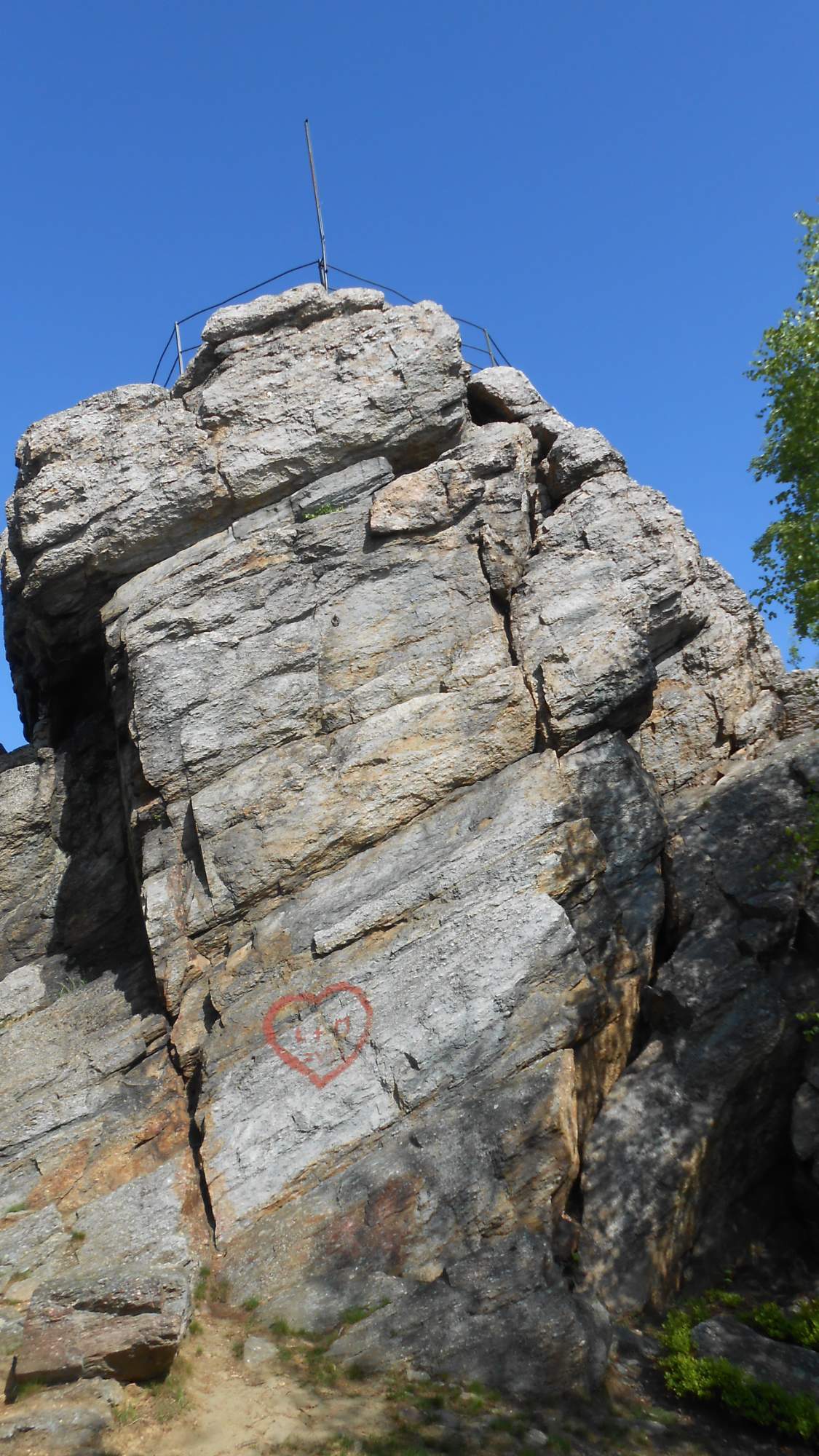 At least I had the closed area behind me now and could walk without looking around fearing every rustle that someone will come for me and chase me away with a bit of expensive reminder (the maximum fine, as I later learned, is around 200€). That was despite the fact that I crossed around 1,5km (which meant less than 20 minutes) of area that was several square kilometers so statistically the chances of being caught were minimal.

Despite being late April (I am writing this post two weeks later), the morning was very hot and so I was glad to slow down, taking a short break at the main rock formation after walking up the lookout (there are steps placed on the rock from behind, no climbing required as the photo might suggest). Unfortunately, it was hazy and visibility was not what I hoped for. 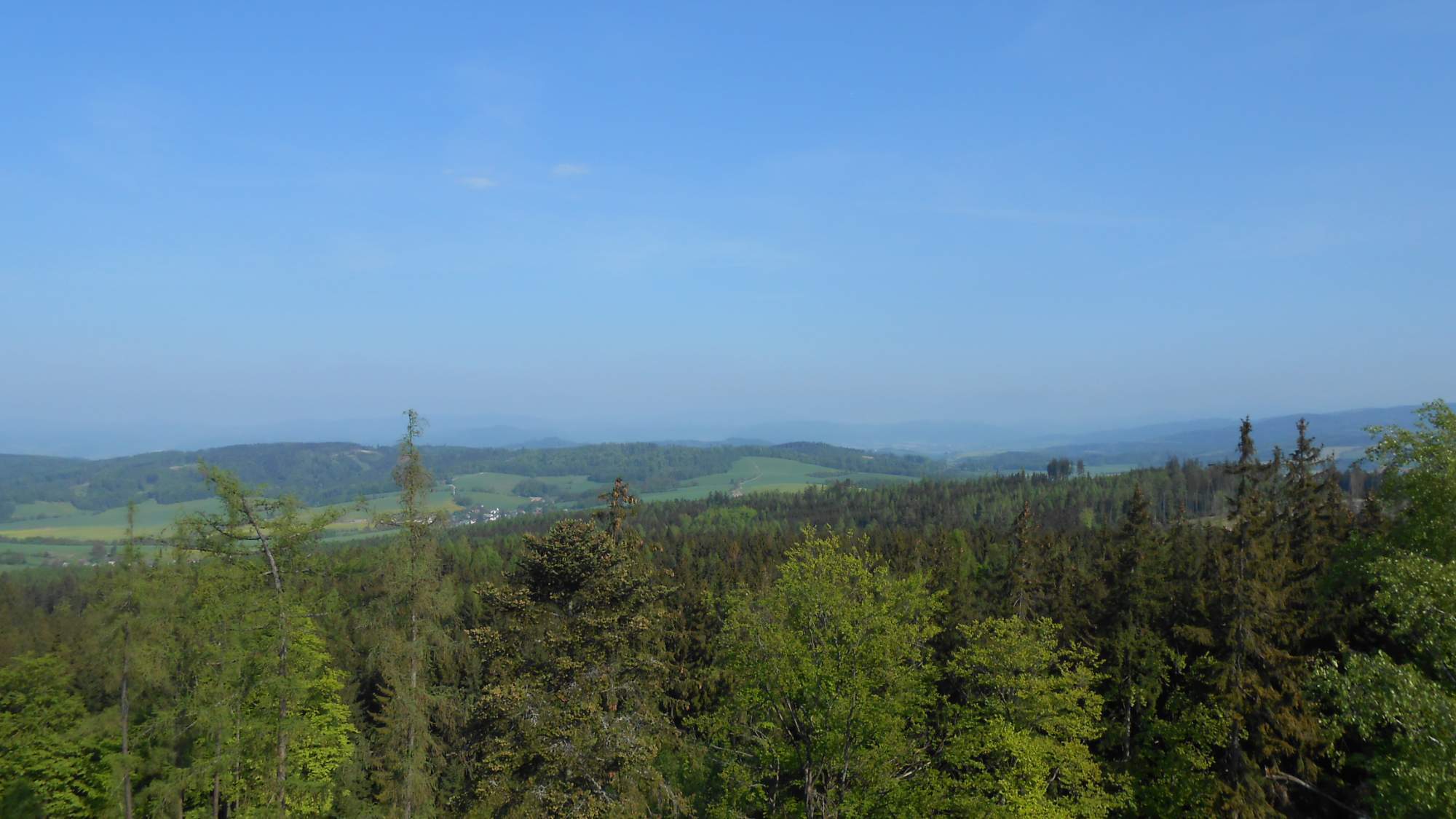 Part of me thought that it would be probably better to come here in the autumn, the mixed forests would be probably better suited for that. Anyway, after a break on the lookout, I continued towards the second rock formation. After a while of walk in the woods, I again reached another place that was deforested by the harsh winds of recent years, by the state of grass growing around I’d probably say it was the 2015 windstorm. 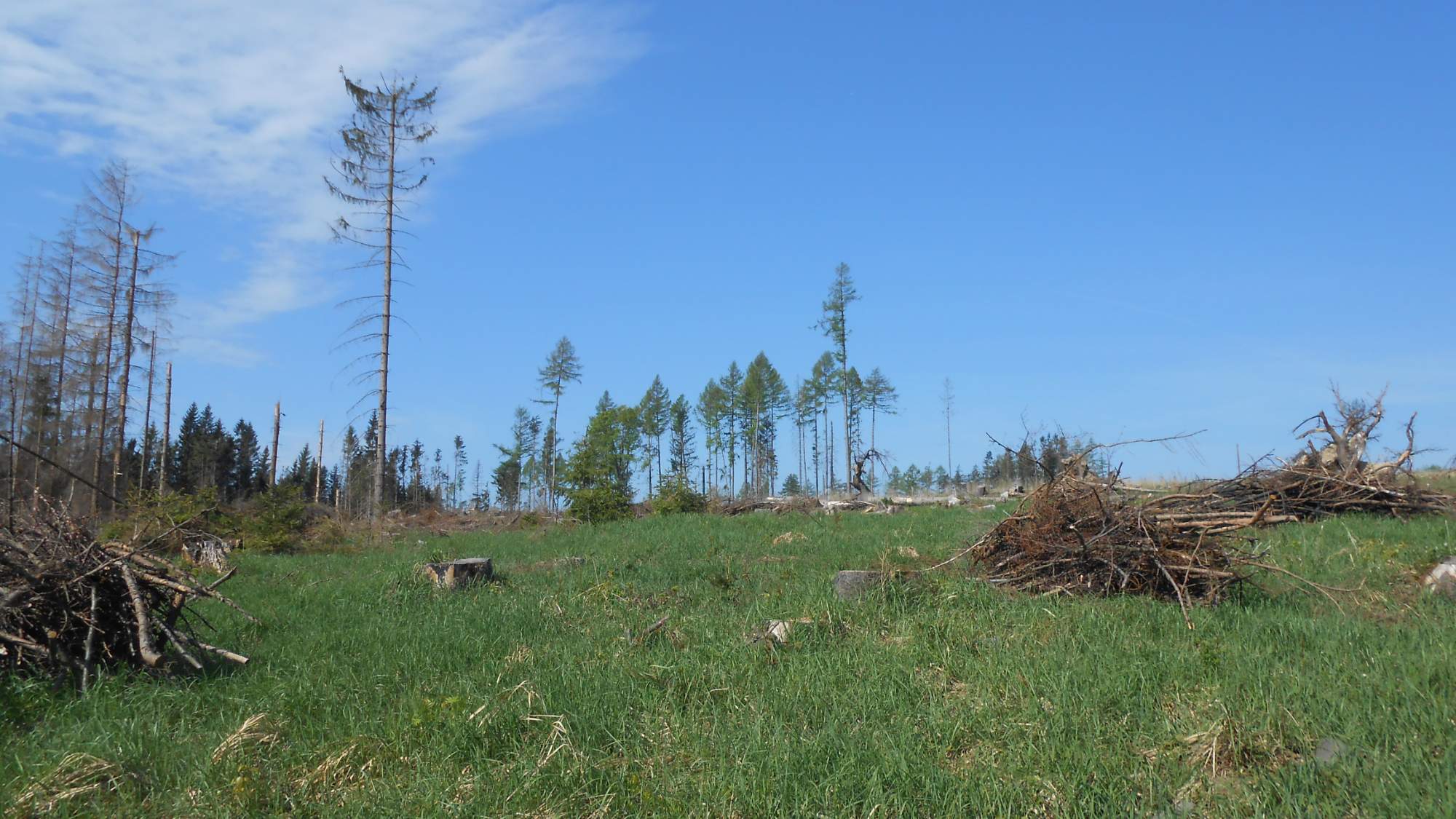 While I, as lover of nature, have sad feelings when reaching these places, they can have their upsides as well. Because of the (involuntary) clearing, the second rock formation could be seen from distance (even though the remaining trees made it still hard for a decent photo). 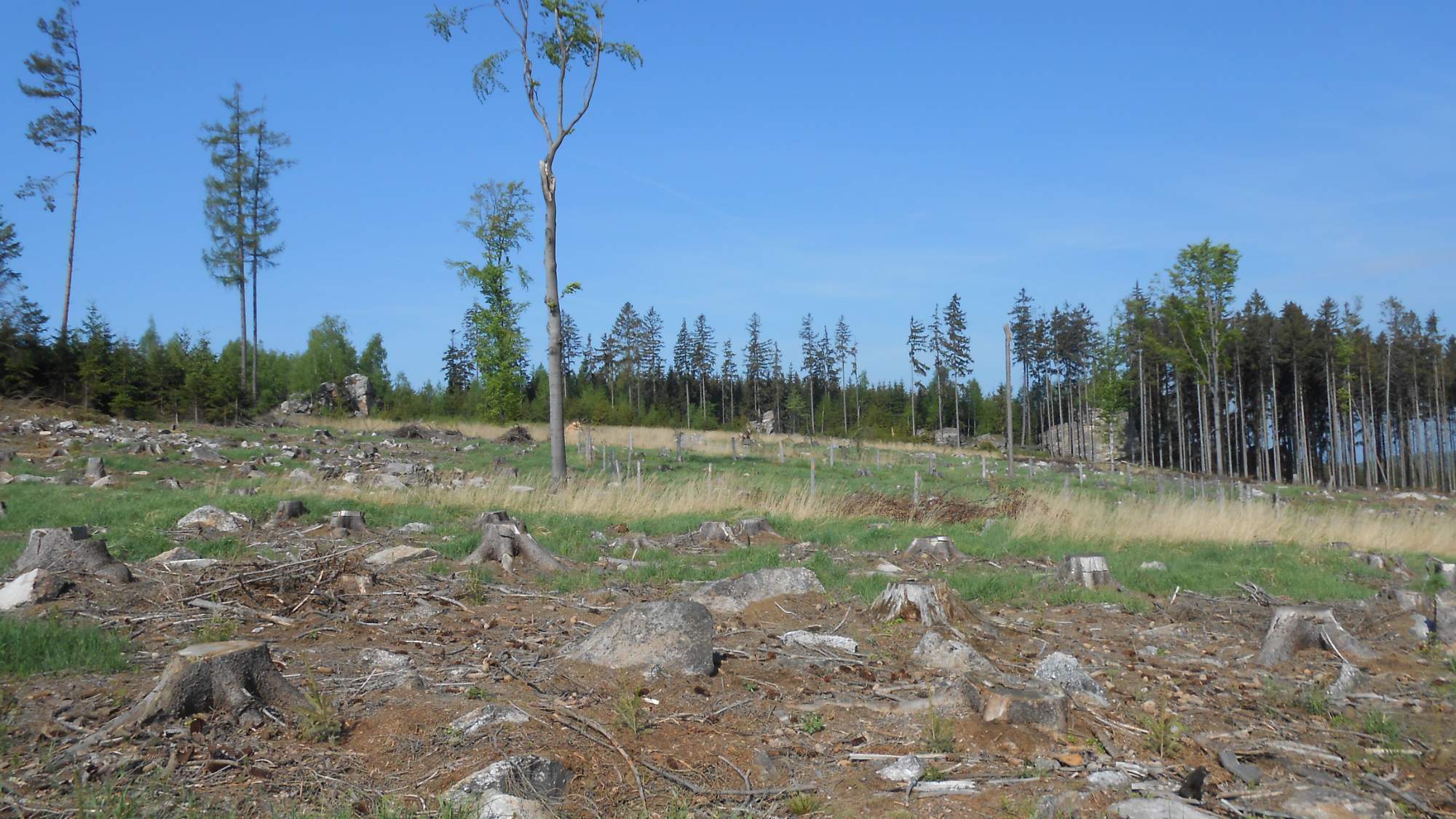 It also brought one worse part: all the needles, woodchips and dust that were everywhere made their way into my boots as my fast and powerful steps churned them up, meaning that I soon had to remove my boots and shake it out. 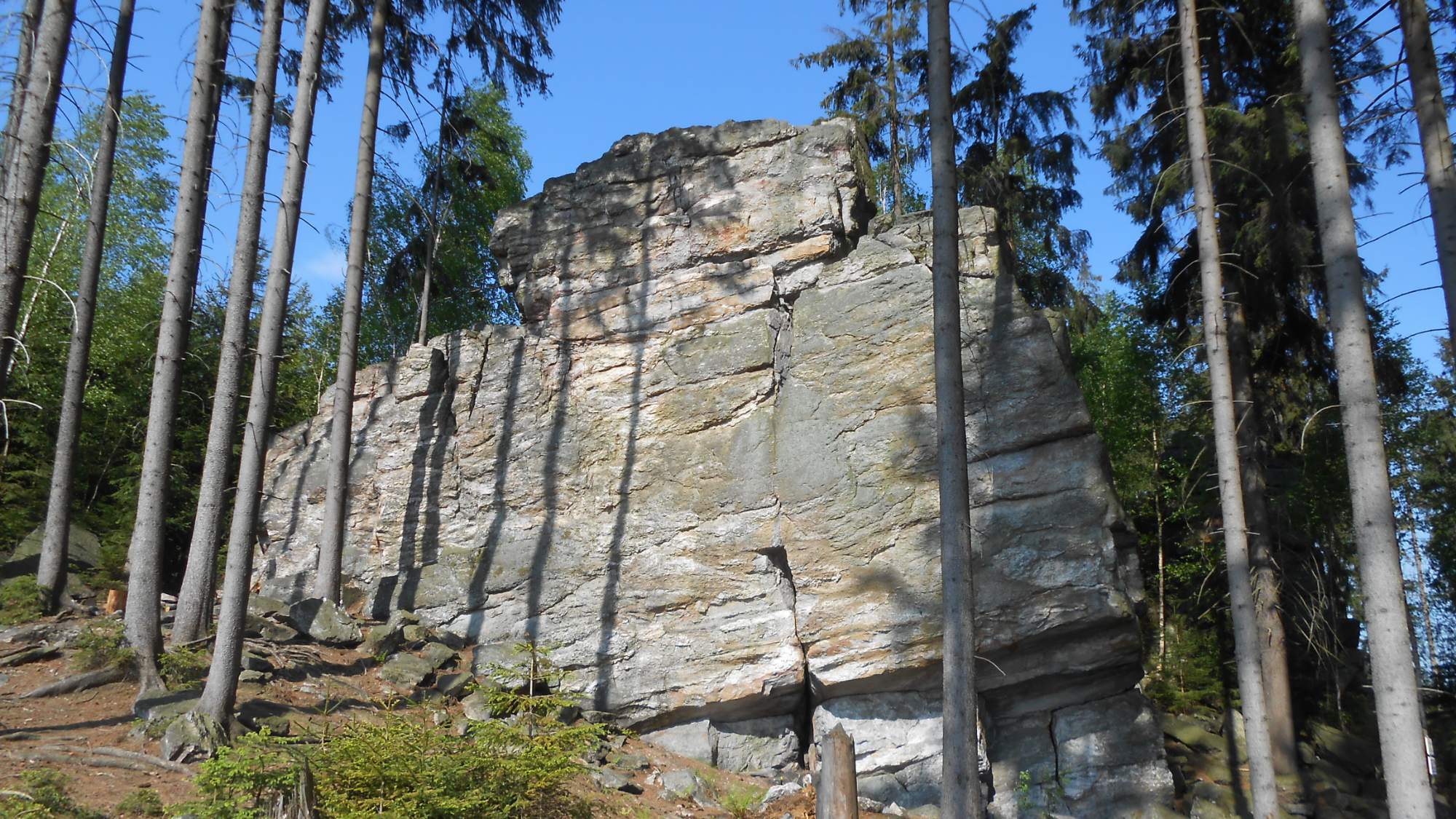 After a short while around the rock I backtracked around 1km to get back to the main trail and continue to where my next to-visit place of that day was. It eventually led me to a quite nice field and across it before going into a forest again. 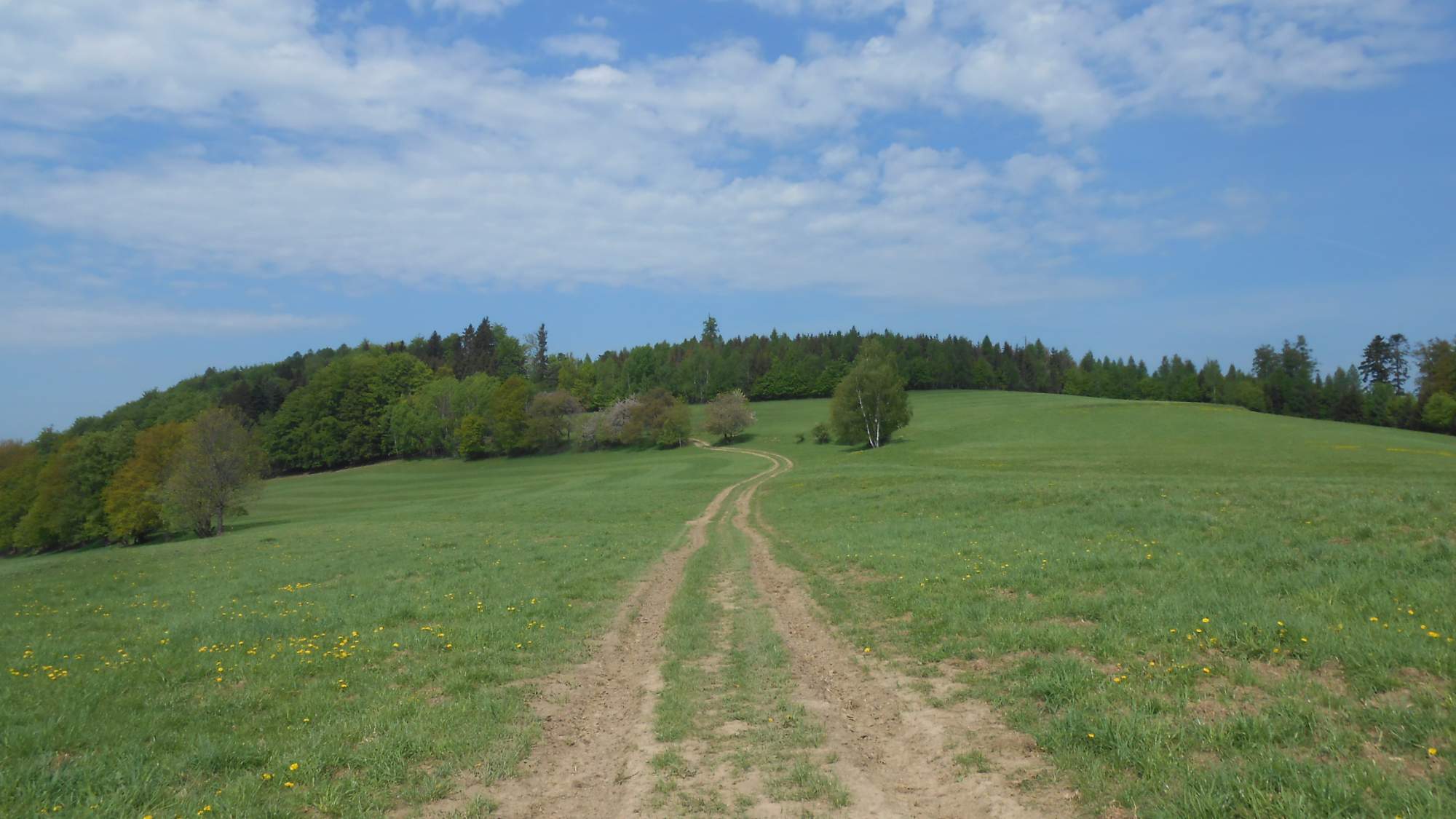 Despite being weekend, I met few people around. Not that I would mind, at least I had some space at the ruins when I reached them. 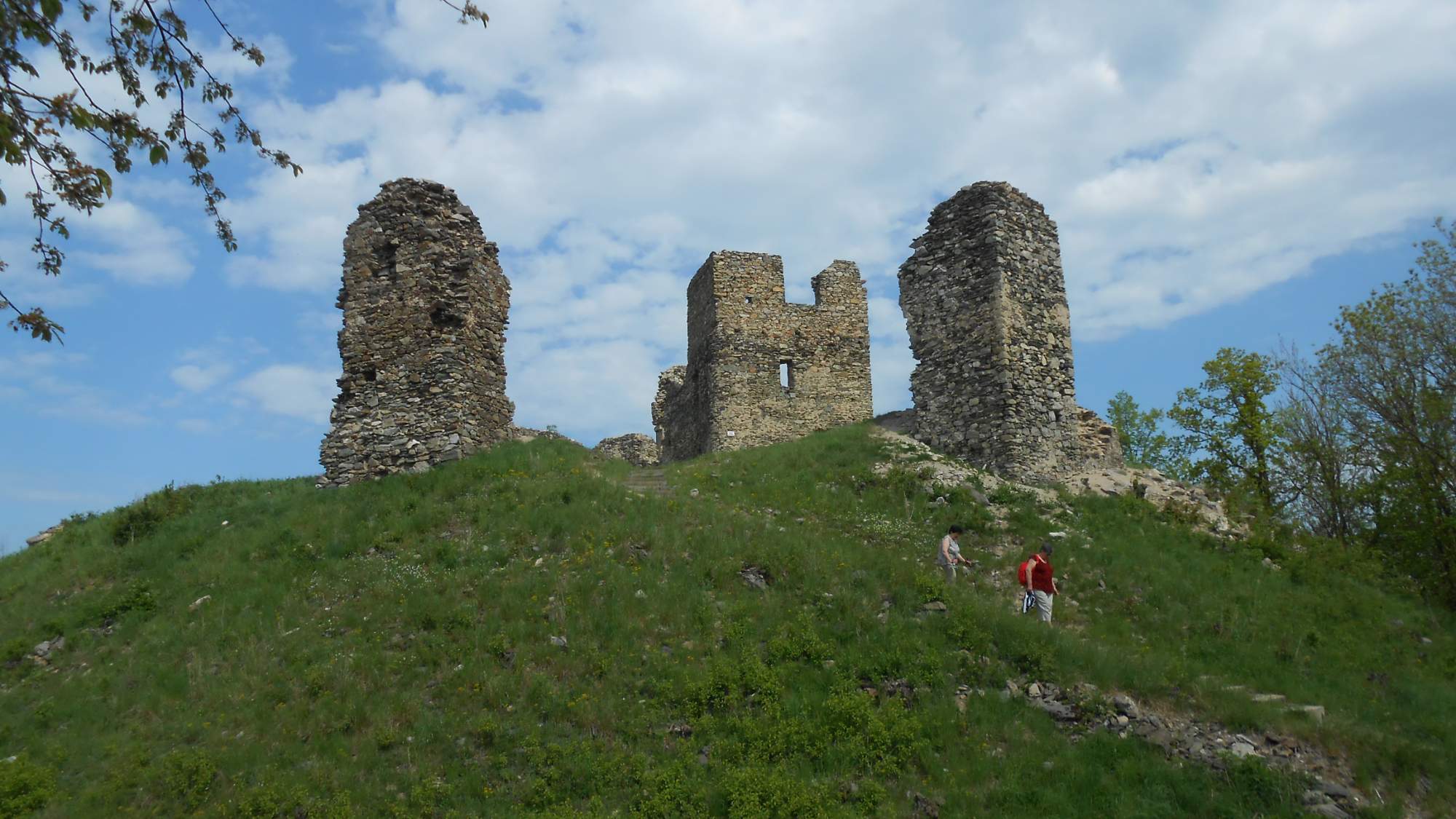 There, I had my last break. I made a few more photos and then started the last part of my journey – and the most tiresome, walking over 8km on hot asphalt to the nearest train station. At least the city I headed for had an ice cream stand, something that is often quite an contributor to how I feel about a summer hike (and while the calendar would protest, it was summer hike by weather).

As the days are getting longer, it’s likely that the difficulty of my hikes will start going up and I’ll leave the lowlands behind until at least late autumn, but it’s not guaranteed. I still have one place that’s lowlands that I’d want to visit, though for that I’d need to have decent chances for something below 25°C which starts to feel like miracle. I’ll see. As usual, it’s the train and bus schedules that have the biggest impact on my planning.

Anyway, that’s all for today.